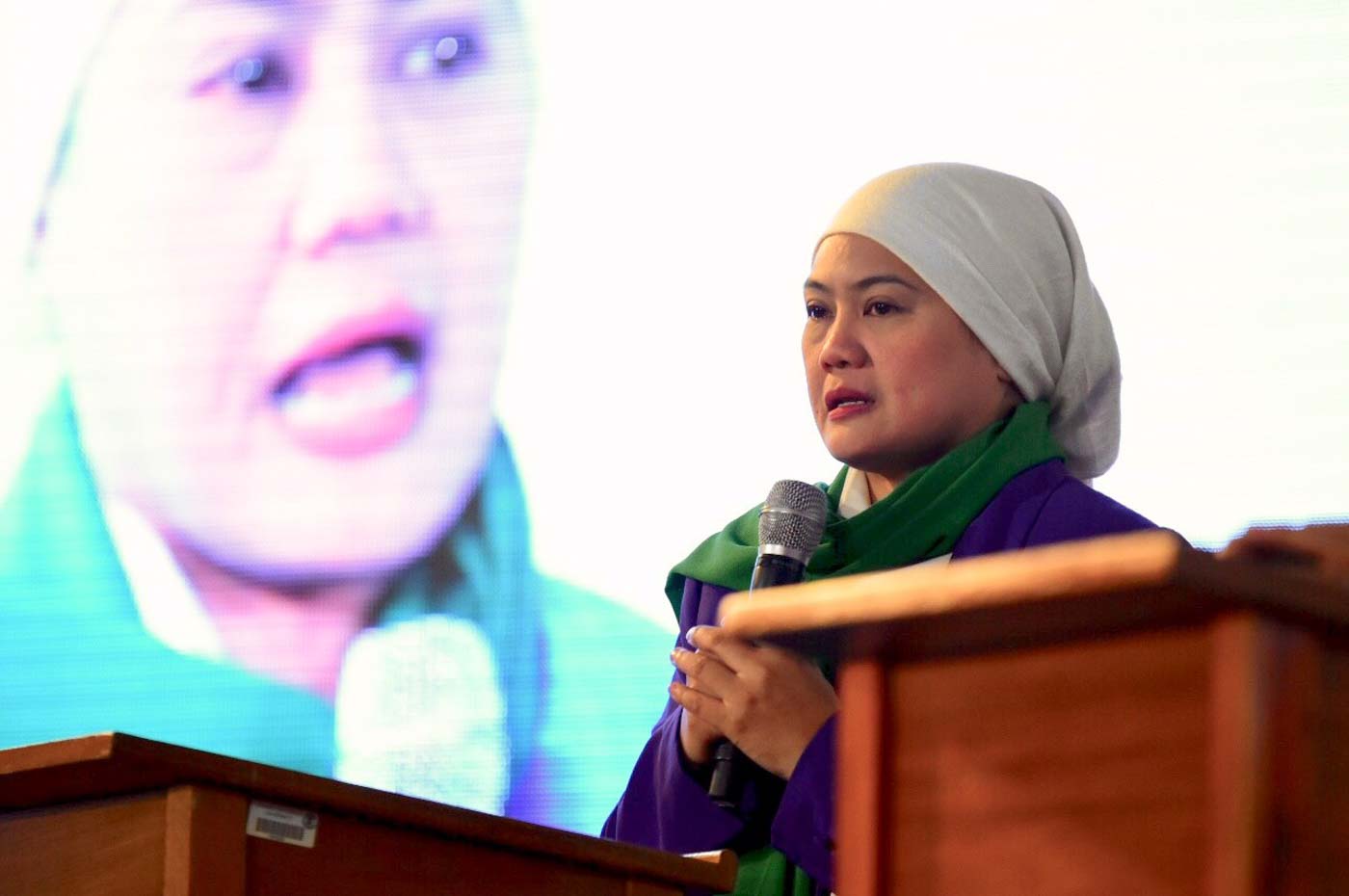 MANILA, Philippines – Mindanaoan civic leader and senatorial candidate Samira Gutoc said the best way to prevent the radicalization of young Muslims is to involve them in the task of governing.

The formation of a new Bangsamoro region and government presents an opportunity. On Monday, March 4, during Rappler’s and Ateneo School of Government’s “The Leader I Want Forum,” she called on the new Bangsamoro Transition Authority (BTA) to involve the youth of the region in crafting policies.

“They should be able to be part of political parties. Young people have a right to be heard, decision-making isn’t just for the elders,” she added.

Aside from the youth, she said indigenous peoples of the Bangsamoro region should also be included in or consulted by the BTA.

Gutoc stressed that ensuring inclusivity in how the Bangsamoro Autonomous Region in Muslim Mindanao (BARMM) will be run is a crucial aspect in the fight against violent extremism since a lot of grievances that fuelled terrorism stem from the sentiment of being left out by government. (WATCH: Samira Gutoc: Are you the leader I want?)

Pursuing only a military solution, she said, will not work.

Duterte has named 76 of the BTA members. Led by Interim Chief Minister Murad Ebrahim, the BTA held their first meeting recently and is set to convene as Bangsamoro’s first parliament within the month of March.

Gutoc herself was appointed by Duterte into the Bangsamoro Transition Commission (BTA), the group that helped craft the Bangsamoro Organic Law, which created the BARMM.

But she resigned in protest of Duterte’s martial law in Mindanao and his rape joke about soldiers raping Moro women. – Rappler.com