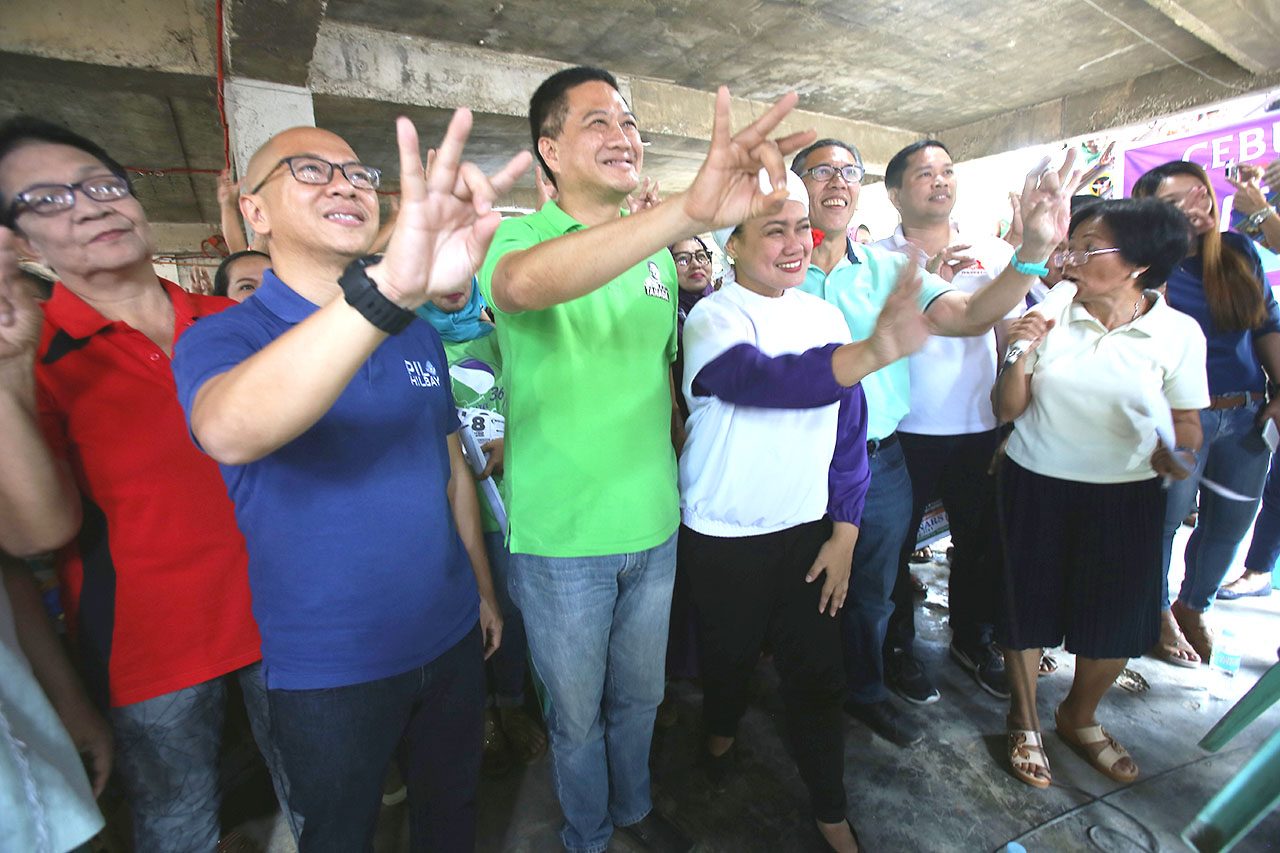 CEBU, Philippines – Otso Diretso senatorial bets are happy with the outcome of a recent Social Weather Stations (SWS) survey that showed resistance to corruption as the top trait Filipino voters are looking for in a candidate.

The peace and women’s rights advocate said these survey findings – along with the February Pulse Asia survey that showed an increase in Otso Diretso’s awareness ratings – will be a boost to their campaign. (READ: Otso Diretso to ‘work twice as hard’ to pull up survey numbers)

The opposition senatorial ticket heavily banks on volunteers due to low funds and support from few to zero incumbent politicians. (READ: Otso Diretso turns to volunteers to boost struggling campaign)

“As a woman candidate, I feel very great about the SWS survey showing our awareness ratings increasing and the survey showing that the appreciation of voters is for non-corrupt politicians. This will validate our grounds [work] well,” Gutoc said in a mix of English and Filipino.

Asked how Otso Diretso can assure the public they will not become corrupt senators should they win in May, former solicitor general Florin Hilbay said their respective track records already prove this.

(I think what we’re bringing to the table is our track records. If you look at what we’ve done, I think that’s the window to what else we can do. We don’t have plunder cases, for example.)

Hilbay seemed to be taking a swipe at Hugpong ng Pagbabago senatorial candidates Bong Revilla and Jinggoy Estrada, who are both linked to the controversial pork barrel scam.

Otso Diretso candidate Erin Tañada also took the opportunity to slam Ilocos Norte Governor Imee Marcos, another Hugpong ng Pagbabago bet who is under fire for lying about earning her degrees from Princeton University and the University of the Philippines College of Law. She also falsely claimed she was “class valedictorian” from the Santa Catalina School in California.

(We believe honesty is an important requirement if you are running for any position…. If there is a candidate who doesn’t want to admit she didn’t graduate from Princeton and UP Law, that means she is hiding something. What more if she is in office? What else could she hide from the public if she is not honest and upfront with them?)

With a little over a month left in the campaign period, the work is cut out for Otso Diretso.

While their awareness ratings did increase in February, the same Pulse Asia survey showed only former interior chief Mar Roxas has stayed in the so-called winners’ circle. Reelectionist Senator Bam Aquino was kicked out of the Top 12.

The rest of Otso Diretso, including Hilbay, Gutoc, and Tañada, have yet to break into the coveted top spots of the Pulse Asia survey. They earlier said they have to “work twice as hard” to pull up their numbers. – Rappler.com