Facebook Twitter Copy URL
Copied
(UPDATED) Former vice mayor Isko Moreno, who is running for mayor, asks his rivals, who have both served as mayor: 'Eighteen years ago, there's no such thing as BGC. How are we after 18 years? Where is Manila? Where is Manila headed?'

MANILA, Philippines (UPDATED) – Once a garbage collector himself, Manila mayoral candidate Isko Moreno vowed to clean up the filthy City of Manila as he kicked off his campaign for mayor on Friday, March 29.

“We will clean Manila,” Moreno said in a forum at the University of the Philippines (UP) in Manila, which was skipped by his rivals Alfredo Lim and incumbent mayor Joseph Estrada.

“This is aesthetics. Don’t get me wrong. It may not be the biggest issue in this city, this may be aesthetics, but this also affects our daily lives – atmosphere in working environments, in institutions like schools. Social scientists will agree with me that it will affect our daily lives,” Moreno said.

He pointed out that garbage hurts not only the eyes, but also the health of Manila’s residents.

He said managing garbage is his expertise because he himself was once a garbage collector when he was a high school student. “Meron na kayong kandidatong basurero (You now have a candidate who was a garbage collector). I used to be there, eh.”

Moreno also promised to organize vendors in the city, as he played a video of his proposed “Mercado de Divisoria” – in reference to a popular area for cheap goods in the city. Vowing not to displace vendors in his clean-up drive, Moreno said, “We will find space for them.”

WATCH: Manila mayoral bet Isko Moreno shows his proposed Mercado de Divisoria to organize vendors in Manila. What do you think of this? @rapplerdotcom #PHVote pic.twitter.com/0j3t33ppNe

Once the crown jewel of the Philippines, the capital city of Manila is now one of the poorest, dirtiest cities in the country due to years of corruption, neglect, and traditional politics.

The former seat of the Spanish colonial regime has long been outdone by business hubs like Makati City and Bonifacio Global City (BGC) in Taguig. “Eighteen years ago, there’s no such thing as BGC,” Moreno said. “How are we after 18 years? Where is Manila? Where is Manila headed?”

It is in this context that Moreno is challenging Estrada and Lim in Manila. “Sila naman ay napagbigyan na (They have been given their chance),” Moreno said.

Moreno repeated the same message in his campaign kick-off Friday evening. Referring to Estrada and Lim, he asked his supporters, “Nagbakasakali nga kayo nang 18 taon ng buhay ninyo sa dalawa, bakit hindi kayo magbakasakali sa akin?” (You took your chances on the two of them for 18 years of your lives, why won’t you take your chances on me?) 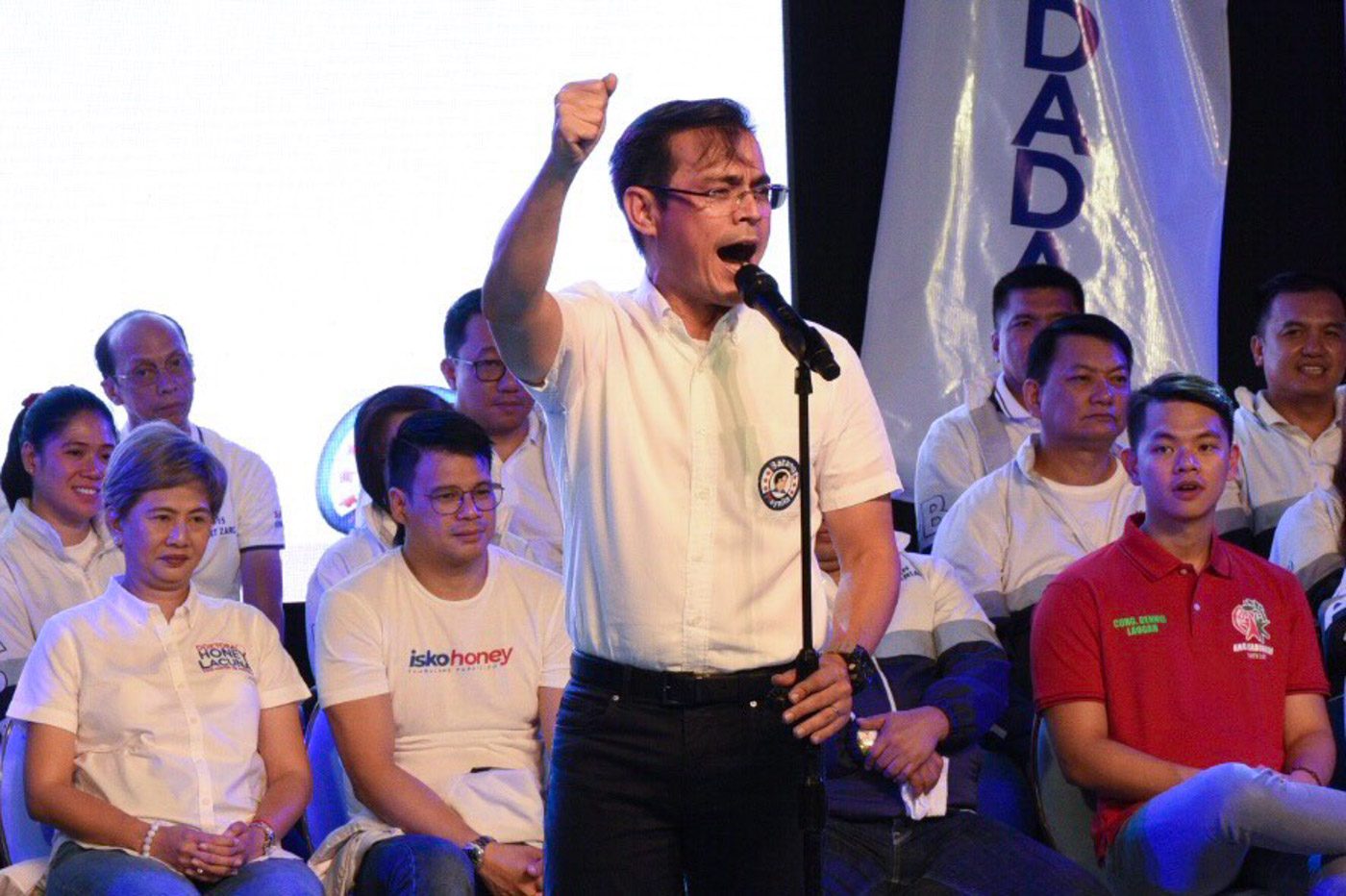 Lopez was a former Manila councilor and vice mayor. He was set to run for mayor in 2013, but agreed to be Estrada’s running mate, after having been promised that Estrada would seek only one term. Estrada broke this promise in 2016, forcing Moreno to run as senator and lost.

What makes the battle of Manila more interesting is that it’s a contest among 3 allies-turned-rivals.

In 2007, Lim said Estrada agreed to endorse him for Manila mayor.

Moreno meanwhile considered Lim his mentor in politics, and later became Estrada’s prospective political heir. In 2013, Estrada said he would serve only one term as city mayor, and was willing to give way to Moreno after that.

Moreno’s ties with Estrada, his former standard bearer, continue to haunt him this year.

On the sidelines of the UP Manila forum on Friday, Moreno was asked about criticism that he lacks utang na loob (debt of gratitude) to Estrada.

WATCH: Manila mayoral bet Isko Moreno on criticism that he has no debt of gratitude to his rival Joseph Estrada: “May utang na loob ako, sa taumbayan” @rapplerdotcom #PHVote pic.twitter.com/KWTth39xe4

He added that politics “is not business,” taking potshots at Estrada, a former San Juan mayor who became senator, vice president, and later president, and whose children and relatives occupy other posts in government.