Opposition bets fail to get in Magic 12 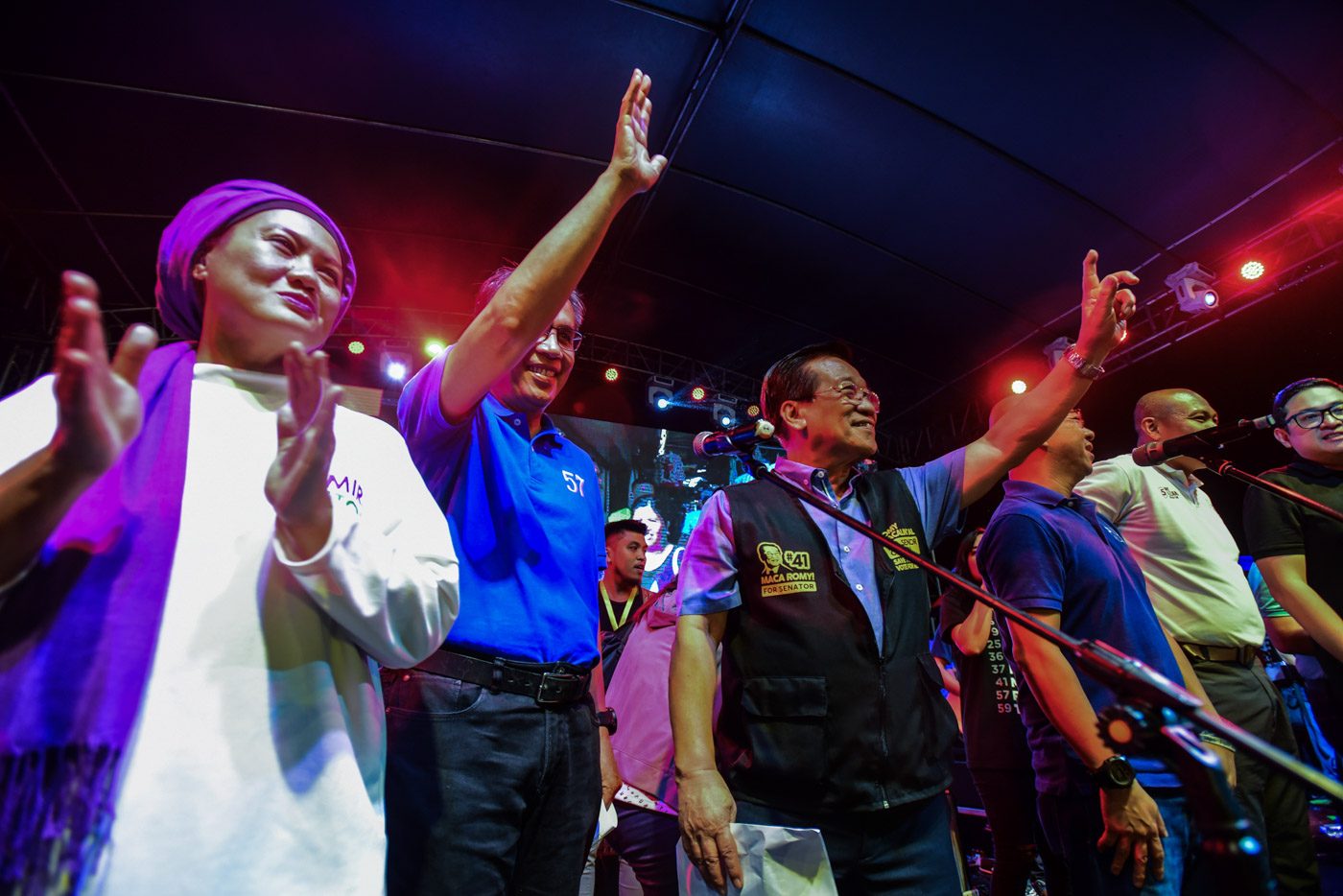 Facebook Twitter Copy URL
Copied
Based on partial, unofficial results as of 5:45 am on Tuesday, May 14, with 98.87% of precincts reporting, outgoing Senator Bam Aquino of Otso Diretso ranks just outside the winners' circle at 14th place

MANILA, Philippines (Updated) – Not a single opposition candidate is becoming a senator, after the 12 spots in the Senate were  dominated by President Rodrigo Duterte’s allies.

Reelectionist Senator Cynthia Villar is the top victor with a total of 24,082,934 votes, based on the latest partial and unofficial results from the Commission on Elections transparency server as of 4:40 am Tuesday, May 14, with 92.61% of precincts having transmitted results.

Completing the 11 seats are other reelectionist senators and administration bets who ran under Duterte’s PDP-Laban and the Hugpong ng Pagbabago slate of his daughter and Davao City Mayor Sara Duterte Carpio.

Completing the top 12 are:

Except for Poe, Binay, and Lapid, all top candidates belong to the administration-backed Hugpong ng Pagbabago slate.

None of the opposition candidates of the Liberal Party-led Otso Diretso ticket made it to the Magic 12, including its two veteran bets who have breached the winners’ circle in preelection surveys – reelectionist Senator Bam Aquino and former interior chief Mar Roxas.

It’s extra tough for Roxas, who has to experience his third straight electoral loss on his 62nd birthday.

Rounding up the first 3 candidates who got the highest number of votes among all other opposition bets is human rights lawyer Chel Diokno of Otso Diretso, who received 6,062,378 votes.

The odds have long been stacked against the opposition bets, most of whom ran either under the Otso Diretso slate or the Labor Win coalition of labor groups. (READ: Will it be enough? Otso Diretso turns to volunteers to boost struggling campaign)

Most of them struggled with running a nationwide campaign, having no steady campaign funds, and few to zero politicians and donors willing to endorse them publicly.

But Vice President Leni Robredo, who campaigned diligently for Otso Diretso, remained positive until the end. The Otso Diretso bets had hoped they would be able to pull off another come-from-behind victory like Robredo did in the 2016 vice presidential polls.

“Whatever the outcome of the elections is, tingin ko panalo na kami – panalo na in uniting a lot of people na pare-pareho iyong paniniwala (I think we’re already winners – winners in uniting a lot of people who believe) in the things that are happening in our midst,” said the opposition leader after she voted at Naga City on Monday afternoon, May 13. (READ: Otso Diretso says ‘victory’ in drawing clear lines vs admin)

According to Robredo, the fight does not end after the 2019 midterm elections.

(The people must unite, work together to decide on how to fight the things we feel are wrong. So the fight continues.)

(Of course it’s easier if many of us made it to the Senate, because we think that’s the most important battleground. But whatever the outcome of the elections is, the fight will continue.) – Rappler.com