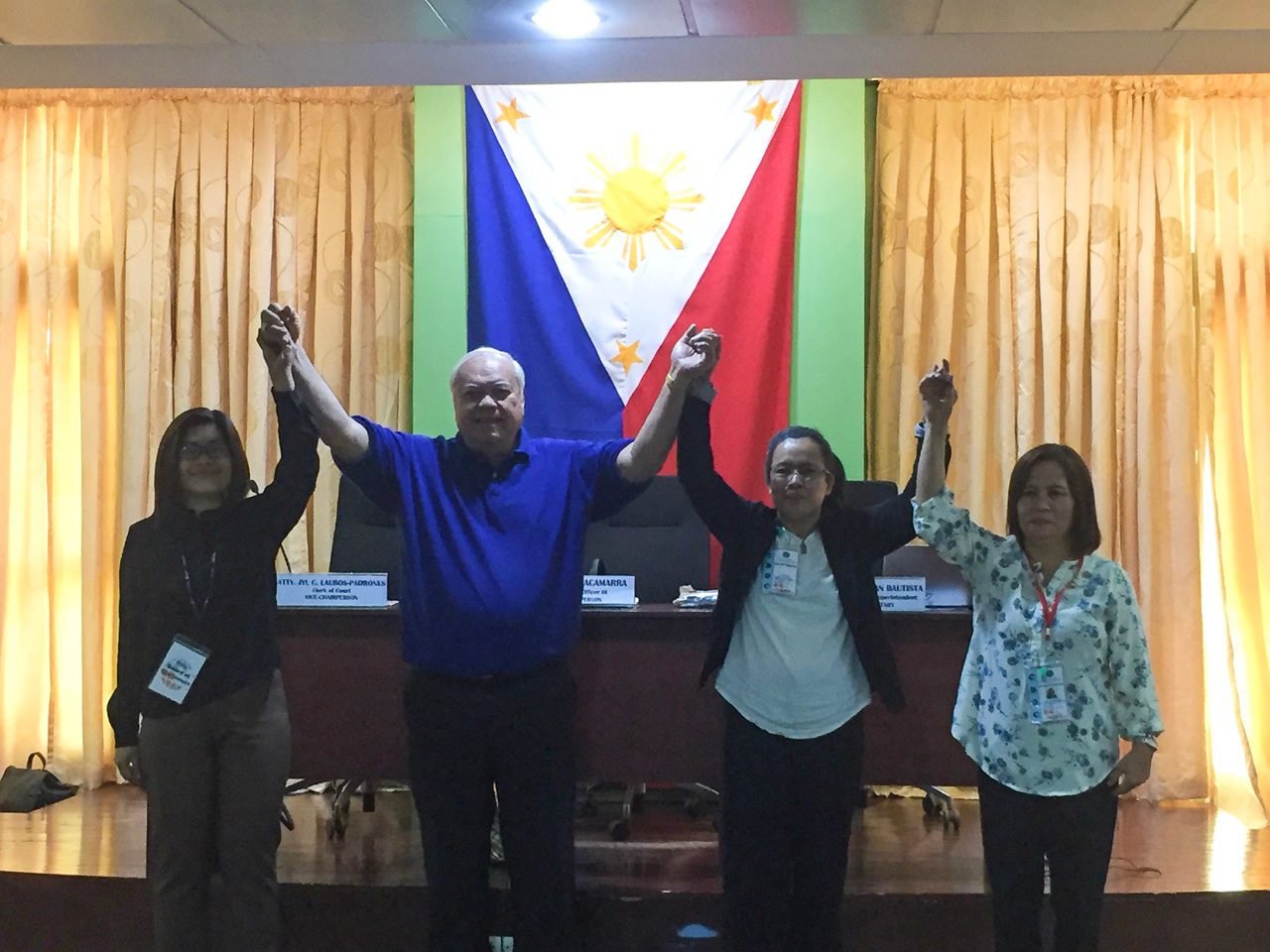 In what’s considered to be generally peaceful city elections, Bayron garnered 59,944 votes, while Marcaida got 41,434, all from 188 clustered precincts in the city, official elections results show.

Trailing behind them in the mayoralty race were independent bets, Jimmy Cañete, 3,305; Antonio Arosio, 270; Eliceo Oloroso, 157; and Edmundo Katon, 110.

Voter turnout in Puerto Princesa was at 71.67%.

Bayron’s victory was proclaimed by the city board of canvassers 7 a.m. Tuesday, May 14 at City Hall.

As he embarked on his third term as city mayor, however, Bayron and 12 others in his Kuridas Team,  faced a vote-buying complaint filed by Marcaida’s top supporter, former mayor Edward Hagedorn. The complaint was lodged before the city Comelec on election day, May 13, a move that did not surprise Bayron.

(Based on the my two previous victories, they would not stop. Be that as it may, the elections are over, maybe let’s just leave this. We’ll just work. We’ll leave that to our lawyers. They couldn’t accept [defeat]. But that’s okay.)

Hagedorn and Bayron had respectively served as city mayor and vice mayor for several years under the same political alliance. Bayron is the brother-in-law of Hagedorn’s wife, Maria Elena.

The two had turned from friends to foes after they clashed for the top city post in the previous elections. Their rivalry intensified when Hagedorn backed the mayoralty bid of Marcaida.

Bayron and Marcaida were once under the Kuridas Team until they broke up, with the latter forming his own local slate, Team Aprub.

The reelected city mayor ran under the banner of President Rodrigo Duterte’s Partido Demokratiko Pilipino Lakas Ng Bayan. He thanked his supporters for voting him. He also vowed to continue the programs and projects he started in 2013. – Rappler.com