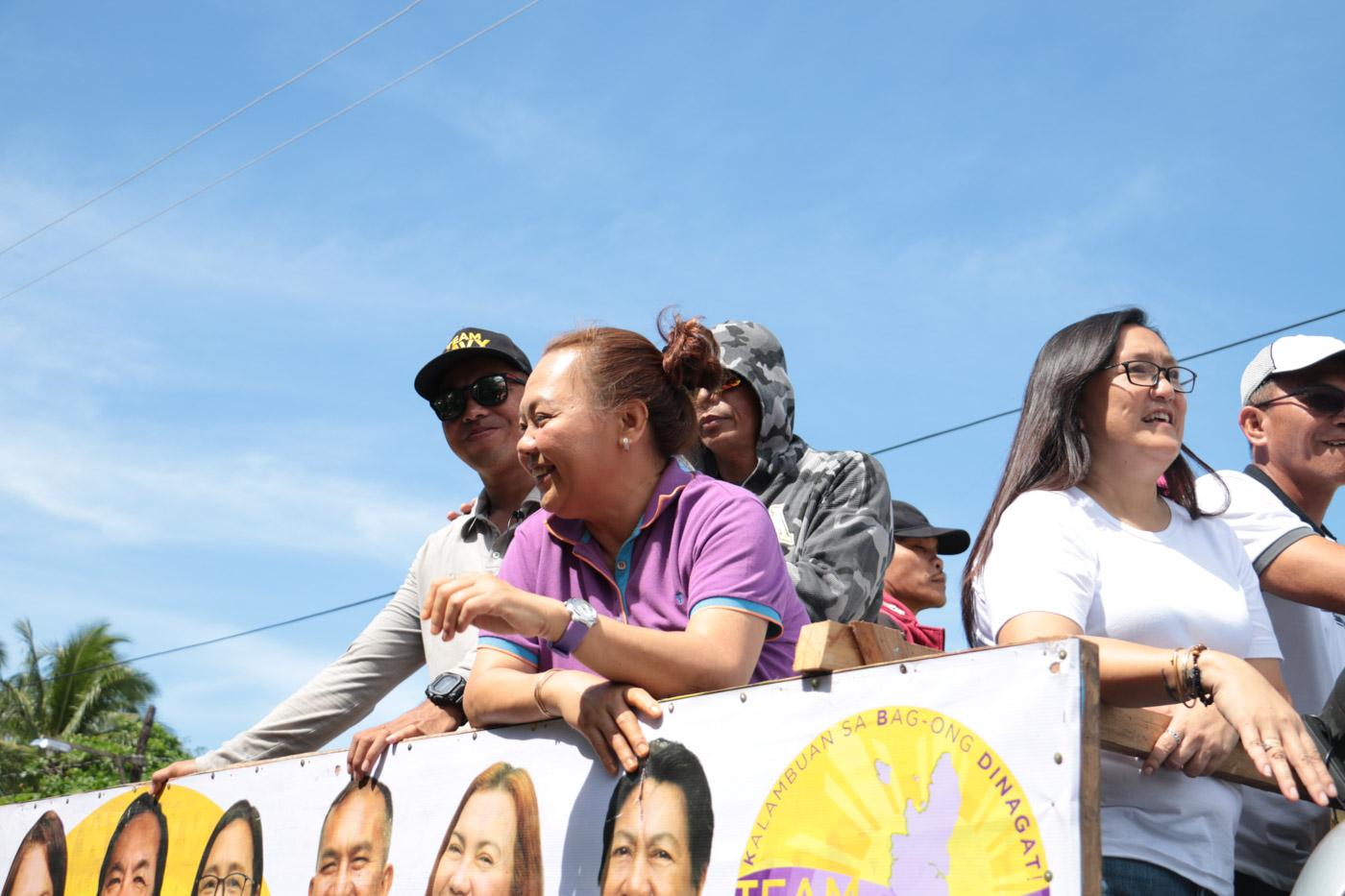 MANILA, Philippines – Dinagat Islands Representative Kaka Bag-ao has defeated another member of the Ecleo political clan, this time in the race for governor.

Bag-ao won 29,869 votes in the May 13 elections, outnumbering Benglen Ecleo’s 26,843 across 7 municipalities in the small province.

Benglen Ecleo is the brother of Gwendolyn Ecleo, who ran and lost to Bag-ao in 2013 for a seat in the House of Representatives. She was dubbed a “dragon slayer” then after defeating the scion of the powerful Ecleo clan. (READ: Dinagat: Kaka cracks glass ceiling)

The Ecleos had long been in power in Dinagat Islands, way before it became a province in 2006.

The late Ruben Ecleo Sr entered the political scene in 1967, when Dinagat was just a town of Surigao del Norte. He used his influence as the “Divine Master” of the Philippine Benevolent Missionaries Association to break into politics. His wife and children followed in his footsteps. (READ: Dinagat: The hands that heal hold power)

Bag-ao, who broke the Ecleos’ decades-long rule, is a grassroots lawyer who served farmers, fisherfolk, workers, and women before entering Congress.

She was also the lead counsel of the Sumilao Farmers, who marched from Mindanao to Manila in 2007 to fight for their right to own land. (READ: Kaka Bag-ao on speaking up against a supermajority)

“While we know that change cannot come overnight, what we have shown in Dinagat Islands not only during the past 3 elections, but also in our everyday grassroots organizing initiatives, is that change can indeed happen not just for the people, but more importantly, through them,” goes the post on Bag-ao’s Facebook page following her victory.

Bag-ao added: “The dragon slaying in Dinagat will continue, and these dragons aren’t members of a political clan. What we truly want to end is poverty, inequality, and underdevelopment— these are the real dragons that need to be slayed.” – Rappler.com