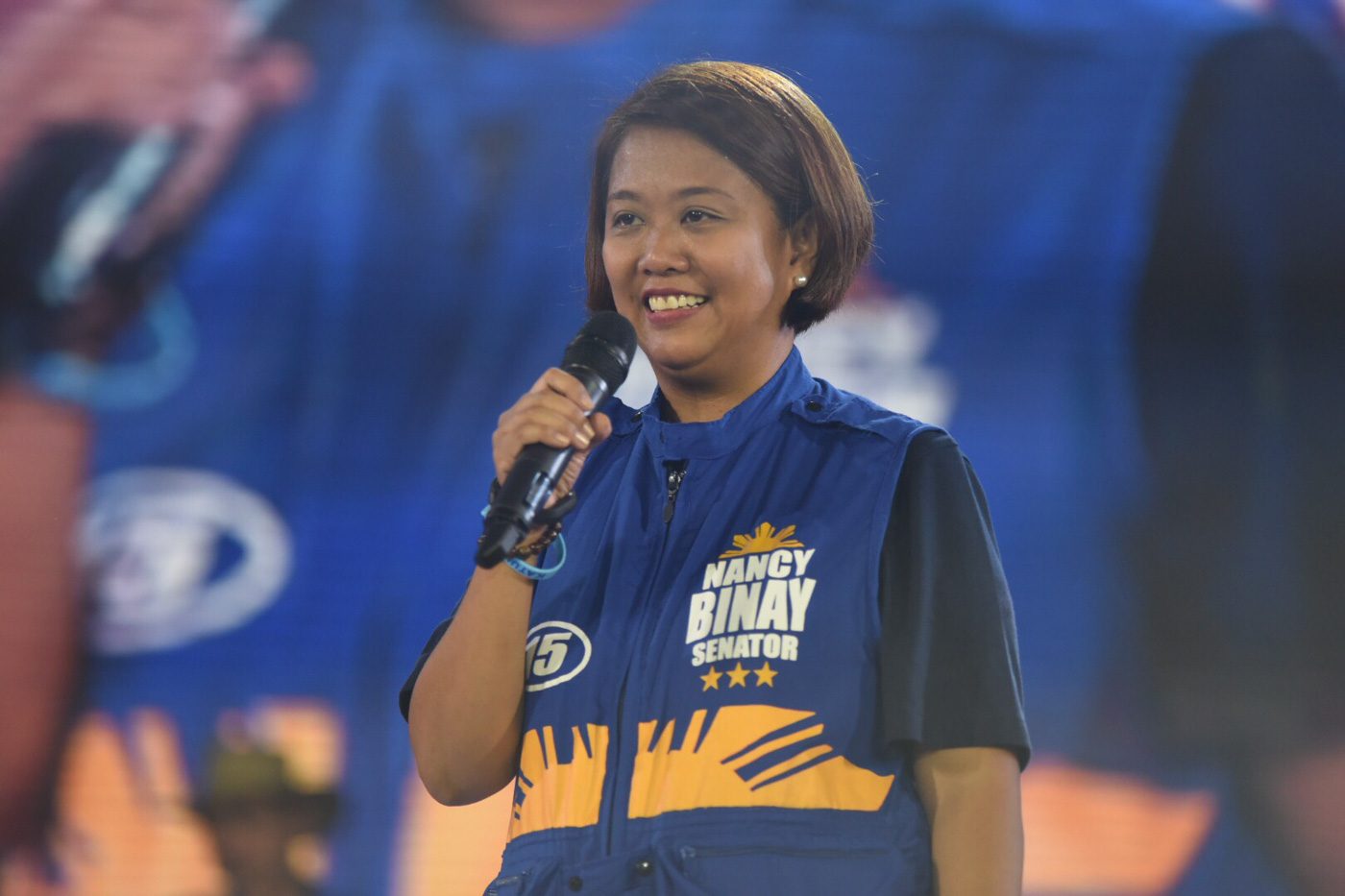 MANILA, Philippines – Senator Nancy Binay has claimed victory as the last candidate in the so-called Magic 12 in the 2019 senatorial race.

Based on a partial and unofficial tally, Binay ranked 12th, with Senator Joseph Victor Ejercito closely trailing her.

“I think today I can claim it,” Binay said in a press conference on Thursday, May 16.

Asked why, Binay said in Filipino: “First of all, I won’t get zero in the remaining votes that are yet to be canvassed. So based on computations, the worst case is I will only have a 200,000-lead.”

Binay, however, said she could not openly celebrate just yet, as Ejercito is her friend.

“Hindi ako pwede magcelebrate na nanalo kasi alam ko kaibigan ko ‘yung hindi makakabalik (I could not really celebrate that I won because I know that my friend won’t be able to return to the Senate),” Binay said.

Binay said she and Ejercito have yet to talk. Both senators are part of the so-called seatmates group, alongside senators Juan Edgardo Angara, Juan Miguel Zubiri, Sherwin Gatchalian, and Joel Villanueva, among others.

Asked for her message to Ejercito, Binay said: “Like with my brother [Junjun], there’s always life after politics…. A part of me nainggit sa kanya [Junjun] wala na siya sa pulitika (A part of me is envious of my brother that he is no longer in politics).”

Despite this, Binay said she would not take it personally if Ejercito would file an election protest. In the past, the 13th candidate usually questioned the results before the Senate Electoral Tribunal.

Rappler sought Ejercito for comment but he had yet to respond as of posting.

Binay attributed her low ranking to her lack of machinery as an independent candidate and also the feud within her family.

Siblings Junjun and Abby figured in a public fight over the mayoralty race in Makati City. The quarrel later on dragged the whole family, as former vice president Jejomar Binay chose to side with Abby, while Nancy and her other sisters sided with their brother.

In the end, Abby won as mayor while the former vice president lost in the congressional race.

As of posting, the Commission on Elections had officially counted 89 out of the 167 certificates of canvass  – Rappler.com