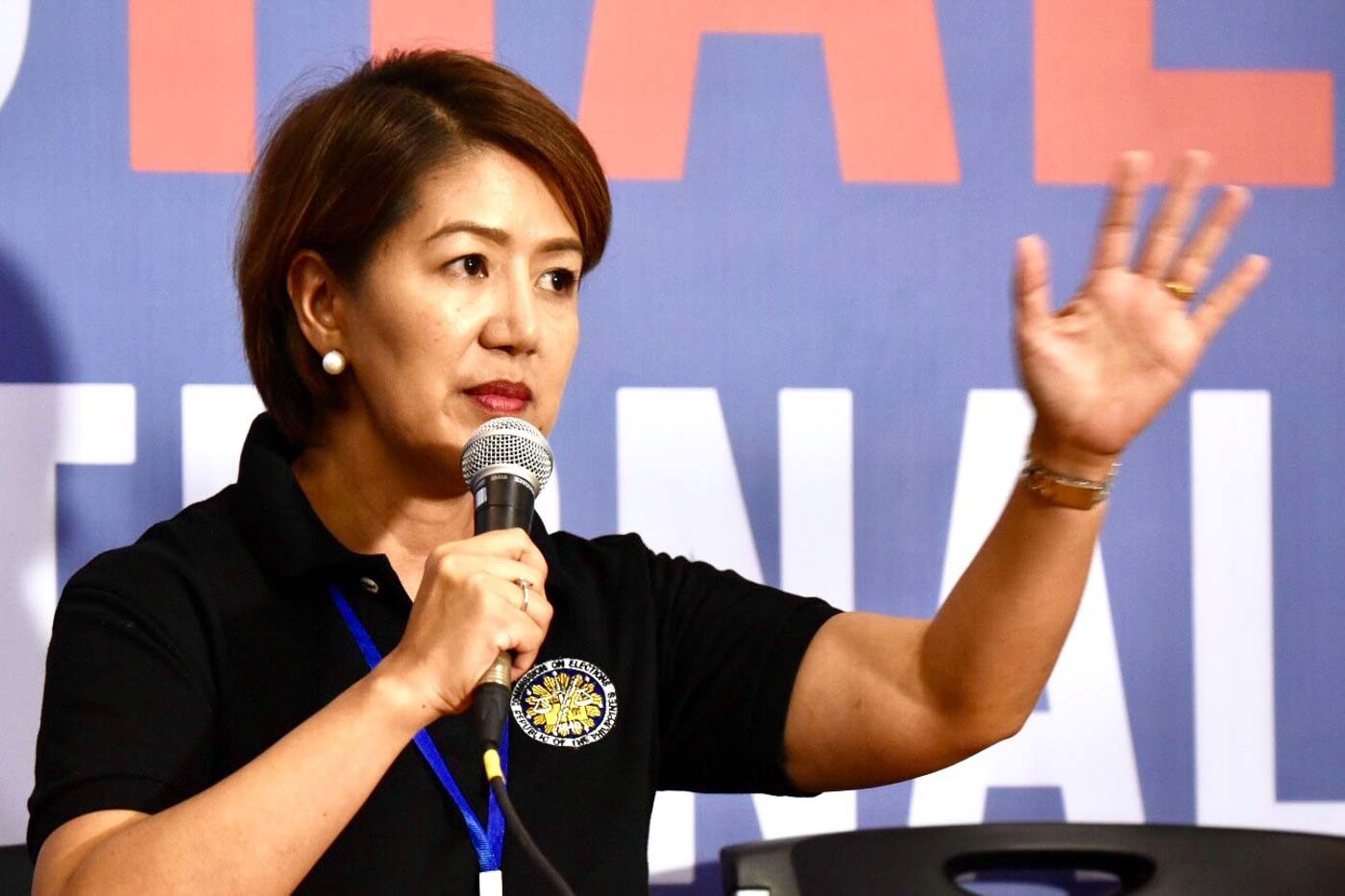 Facebook Twitter Copy URL
Copied
Corrupted SD cards stall the transmission of votes from some overseas posts to the Commission on Elections, delaying the proclamation of winning senators

MANILA, Philippines – The problem of corrupted SD cards is delaying the proclamation of winning senators and party-list groups in the May 13 polls, said the Commission on Elections (Comelec) on Sunday, May 19.

In a press conference on Sunday evening, Comelec Director Frances Arabe said corrupted SD cards have delayed the transmission of certificates of canvass (COCs) from overseas posts to the Comelec.

“The SD cards are corrupted, and the replacements have to come from our Santa Rosa warehouse, our hub. That’s why it took time because they had to ship the replacement SD cards,” Arabe said.

The supplier of the corrupted SD cards is the joint venture of S1 Technologies Incorporated and Silicon Valley Computer Group.

The Comelec earlier said it will investigate this supplier for the malfunctioning of 1,665 out of 85,000 SD cards. This number of defective SD cards was almost 14 times more than the 120 SD cards that malfunctioned in the 2016 polls.

The SD card contract was worth P22.6 million, and Comelec Commissioner Rowena Guanzon said she will vote against paying the supplier in full.

Arabe said that if the SD cards were not corrupted, overseas posts should have transmitted the results by 6 pm (Manila time) of election day, May 13. The problem of corrupted SD cards, in other words, has resulted in a weeklong delay in transmitting overseas COCs.

The poll body, sitting as the National Board of Canvassers, is canvassing votes at the Philippine International Convention Center in Pasay City.

The Comelec earlier considered proclaiming new senators this weekend, but scrapped this plan as it continues to wait for 5 more COCs.

The Comelec is waiting for COCs from Zamboanga del Sur and Isabela, and 3 overseas posts – the United States, Japan, and Saudi Arabia. The pending COCs as of 7:50 pm on Sunday account for more than 1.68 million votes.

Arabe said the proclamation of senators and party-list groups is likely to happen on Tuesday or Wednesday, May 21 or 22, as lawyers push for the urgent proclamation of Senate bets. – Rappler.com