After party-list proclamation, still no Comelec decision on Cardema petition 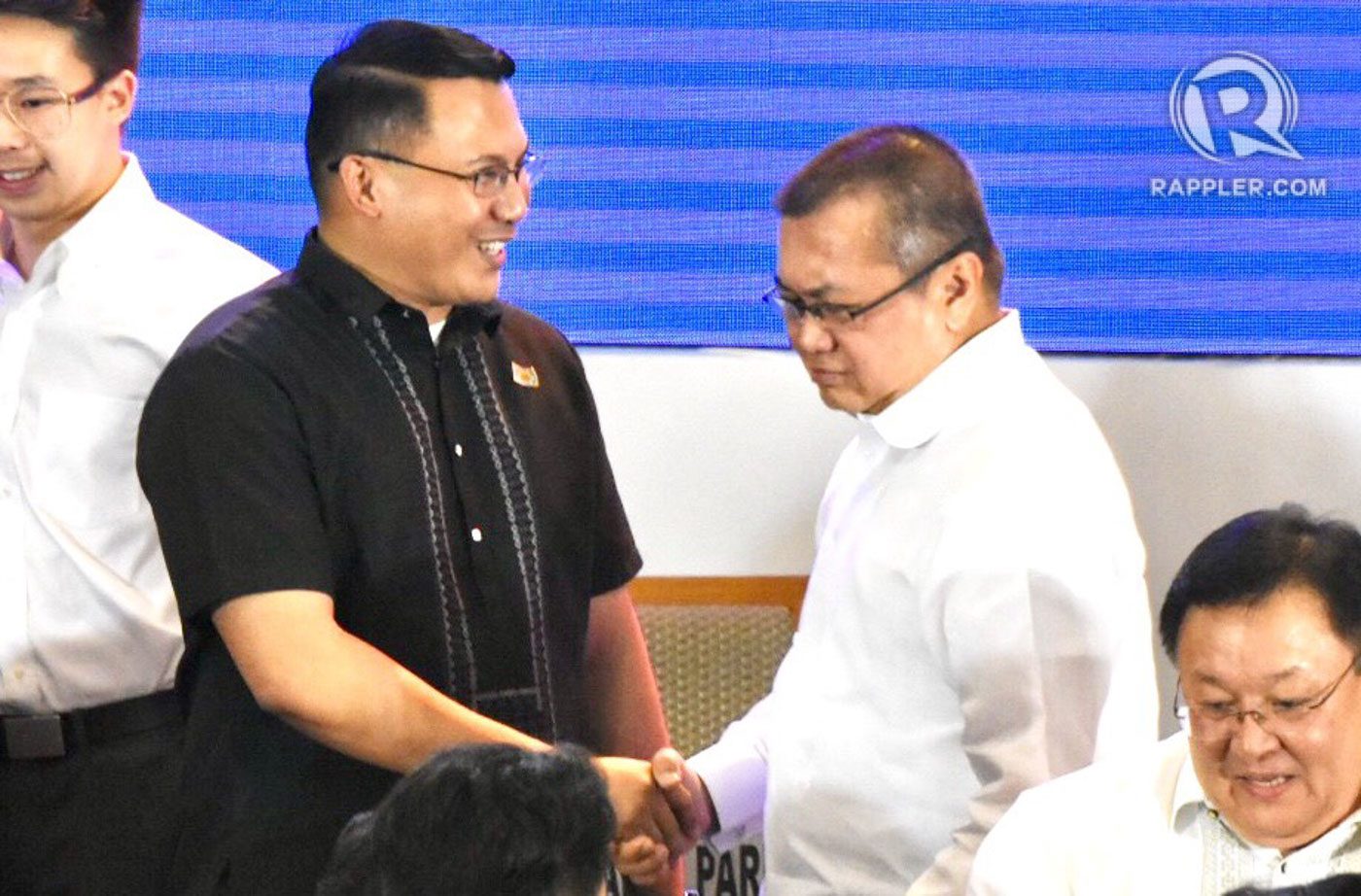 MANILA, Philippines  (UPDATED) – The proclamation of winning party lists in the 2019 elections came and went on Wednesday, May 22, without the Commission on Elections (Comelec) releasing a decision on Duterte Youth Chairman Ronald Cardema’s substitution bid.

Up until the last hour, as party-list groups filed out of the Philippine International Convention Center (PICC), Comelec Commissioner Rowena Guanzon said the matter was still being decided on.

Duterte Youth was among the 51 party-list groups that were proclaimed winners in the 2019 elections. It gained enough support to take one seat in the House of Representatives.

“Siyempre [may] one seat talaga, ang tanong diyan: Sinong uupo? (Of course they will have one seat, but the question there is: Who will sit?)” Guanzon said.

In a press conference Wednesday afternoon, Comelec Chairman Sheriff Abas said a draft resolution was being circulated among poll commissioners for all 7 of them to vote on, though the poll body has yet to release a final decision on the matter.

In a tweet on Thursday morning, May 23, Guanzon said she had yet to sign a resolution on the matter. The Comelec commissioner added she would not agree to the approval of Cardema’s substitution bid.

“I have not signed a reso (resolution) about giving due course to Cardema’s application for substitution but I will dissent. He filed it on a Sunday, May 12 which is not a regular work day. And didn’t file it on last day, May 13” she said.

Guanzon said the resolution on Cardema’s substitution bid will also only tackle the timing of Cardema’s filing. Issues on the Duterte Youth chairman’s qualifications, she said, are another matter.

“The issue in the reso is only: Did Cardema file his application for substitution in time on or before May 13…. But can he substitute? Is Cardema qualified to be rep (representative) of Duterte Youth? That is not yet decided… That has to be decided by the Comelec en banc,” Guanzon said in a series of tweets.

The Comelec’s education and information department said no resolution has been promulgated yet.

On Wednesday, Cardema was spotted at the PICC for the proclamation of the winning party lists, even though the Comelec had not yet released a decision on his petition for substitution. (READ: Duterte Youth’s Cardema already proclaims himself congressman on Facebook)

The Comelec en banc is currently tackling Cardema’s petition for substitution after the poll body’s Law Department said he had filed the petition on May 12, beating the deadline. Petitions for substitution could be filed before the closing of polls on Election Day.

The Comelec en banc is also tackling whether or not Cardema is qualified for the post. Groups earlier said Cardema could no longer serve as representative for Duterte Youth as he was beyond the age limit required for nominees of the youth sector.

Section 9 of the Party-List System Act provides that a nominee of the youth sector “must at least be 25 but not more than 30 years of age on the day of the election.”

Cardema lists his birthday as April 13, 1986 on his official Facebook page. This makes him 33 years old, or 3 years over the age limit required to be a representative of the youth sector. – Rappler.com