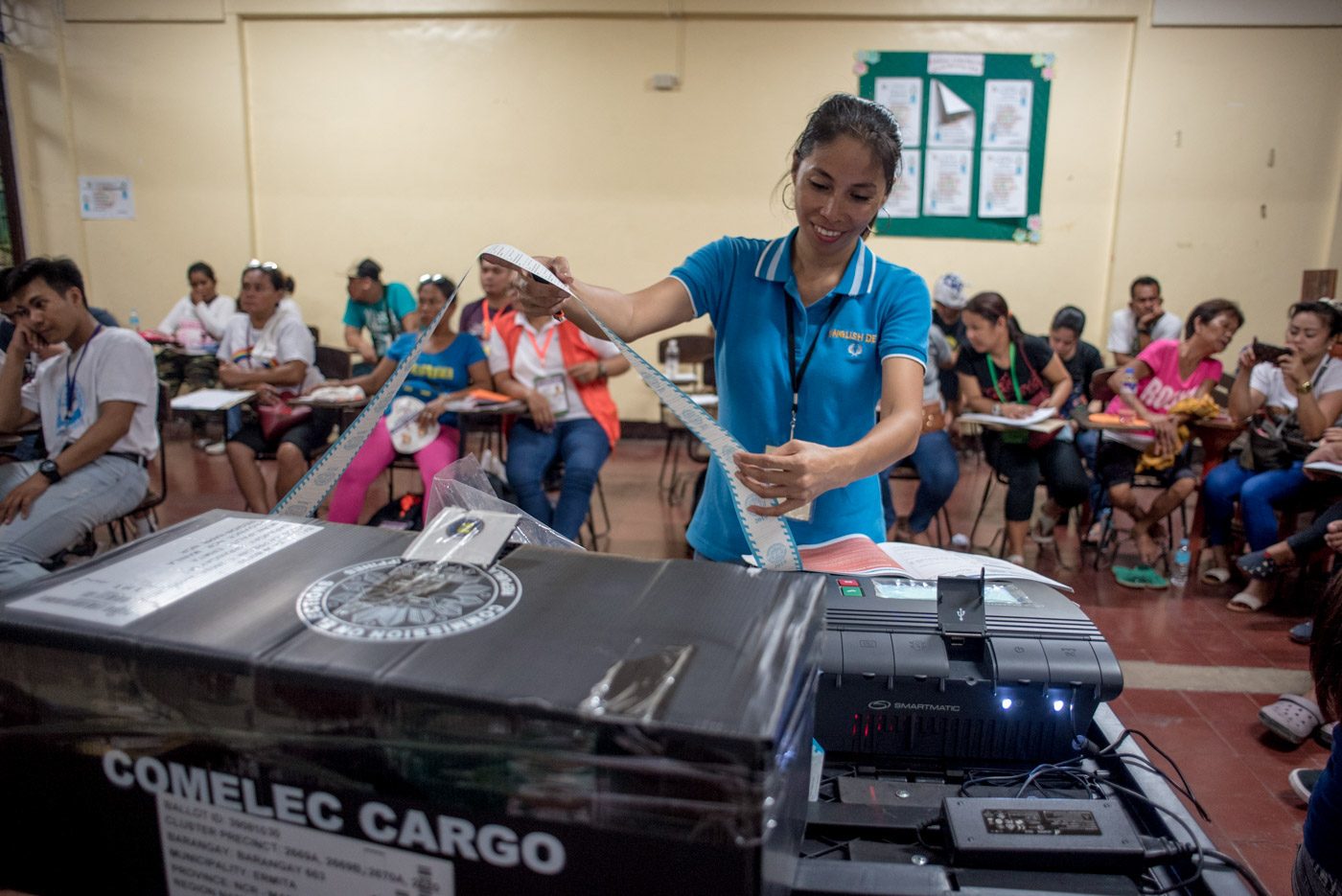 MANILA, Philippines – Despite end-to-end problems that hounded the May 2019 polls, a big majority of Filipinos expressed “big trust” in the poll results, according to the results of a survey released by Pulse Asia Research, Incorporated on Wednesday, August 7.

According to the Pulse Asia post-election assessment survey, 84% of Filipinos said they had “big trust” in the results of the 2019 elections – higher than the 74% recorded  following the 2016 elections.

The Pulse Asia survey was conducted from June 24 to 30 among 1,200 adults, with an error margin of ±3% for national percentages. The survey was commissioned by Democracy Watch and Stratbase Albert Del Rosario Institute.

For Pulse Asia president Ronnie Holmes, the large number of people in favor of continuing automated elections may be due to the ease of voting and quick release fo results.

“They feel that faster results make the elections more credible…. Gone are the days when the voter had to write the surname of the candidate…and wait 3 weeks to find out the result, have winners proclaimed…. You don’t want to go back to that archaic system and face problems that were address by the automated system,” Holmes said in a press conference on Wednesday.

Meanwhile, 83% of respondents also reported the “release of results was fast” in the 2019 elections. This was lower than the 92% who expressed the same sentiment following the 2016 presidential elections.

Among the questions which hounded the Commission on Elections (Comelec) after election day was the 7-hour glitch in the Transparency Server, which stopped releasing election results to the media and election watchdogs, and gave rise to speculations of cheating. (READ: [EXPLAINER] Transmission glitches don’t necessarily mean electoral fraud)

Following this, 82% of Filipinos said the results were “believable” in their areas during the 2019 elections as opposed to the 89% who felt the same way in 2016.

Aside from this, other issues seen during the Philippines’ 4th automated elections were the 1.029 million “bleeding” marking pens that had to be replaced, 961 bogged down VCMs, and 1,665 out of 85,000 SD cards that malfunctioned.