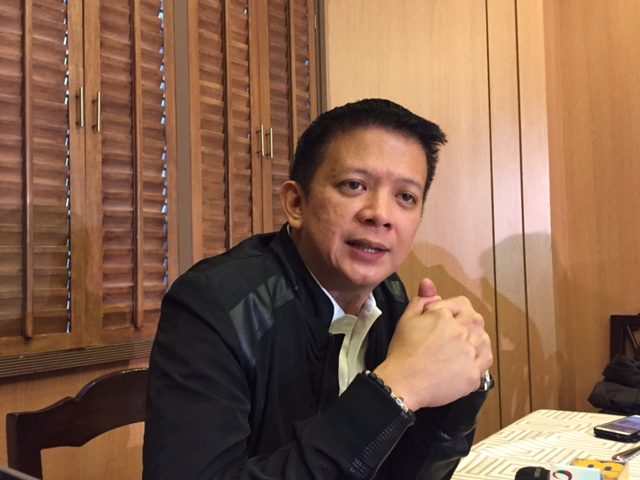 Facebook Twitter Copy URL
Copied
President Aquino will set another appointment with Roxas, Poe, and Escudero before his last SONA

But one thing is clear – the President has yet to decide on his “anointed one,” weeks ahead of his self-imposed deadline of announcing his presidential bet after his last State of the Nation Address on July 27.

(It is clear there is still no decision on the endorsements because the [President] is still consulting people. It is clear he is having a difficult time to decide.)

The senator said there were no clear offers or requests from Aquino to give way to Secretary Manuel “Mar” Roxas II, who is the presumed standard-bearer of the administration. (READ: The Scrum: When a president betrays a friend)

The meeting, however, meant Aquino is expanding his choices for 2016, Escudero said. He added they talked about “permutations” for the elections or possible candidates who may or may not run in 2016.

“Hindi siya nag-request, pinahayag niya ang kagustuhan niya. Hindi siya direktang nagsabi,” Escudero said. (He [President Aquino] did not request anything, he just expressed his wish. He did not directly ask us.)

Escudero said Aquino expressed a desire for the coalition that supported him to remain “intact”, citing what happened in the 1992 presidential elections, when 4 presidential candidates emerged from the coalition of his mother, former president Corazon “Cory” Aquino.

Both Escudero and Poe ran and won under Team PNoy in 2013.

“Yes. The President met with us. We discussed 2016 but only to the extent of hopefully having a united ticket. No specific commitments or positions were mentioned,” Poe said in a text message to reporters.

Escudero said Poe was “assertive when she needed to be assertive, very frank, and candid with the President.”

Poe has insisted on her desire to remain independent, amid talks of her possible candidacy. (READ: Grace Poe won’t join Liberal Party for 2016)

Escudero admitted the meeting with Aquino would “definitely” help him decide. After all, he said, Aquino is his close friend.

(In weighing things…when I heard straight from him his thoughts and opinions… Definitely it will help me in my decisions, if i should run or not.)

Escudero, however, is uncertain if he will join the coalition for 2016, saying his decision will be based on who the standard-bearer will be.

President Aquino will set a single appointment with Roxas, Poe, and Escudero before his last SONA.

But for Escudero, time may have healed all wounds.

He said “past is past” and that he is more than willing to talk to Roxas. After all, he said Binay already dropped him and Poe in 2013.

“Wala naman kaming away, di ko naman siya inaway, nagkataon lang di ko siya sinuportahan,” Escudero said. (We don’t have any quarrel, I didn’t fight him, it just so happened I did not support him.)

Roxas, however, is mum on the issue.

(No information yet. There is a change in command at the Armed Forces this morning. The President and I will have lunch but this had been long scheduled.) – Rappler.com