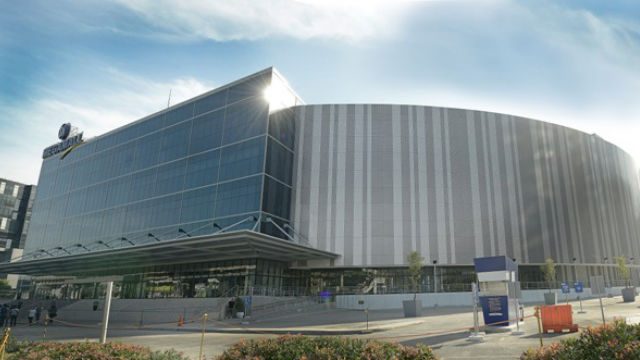 MANILA, Philippines – The Philippines’ biggest chain of malls agreed on Wednesday, July 15, to host voting precincts in the country’s presidential elections in 2016.

In a news release, the Commission on Elections (Comelec) said SM Supermalls made this commitment after a meeting with Comelec Chairman Andres Bautista on Wednesday.

“We would like to tell Comelec that our 52 malls will be made available as voting centers in the 2016 national elections,” SM Supermalls president Annie Garcia said, according to the Comelec.

This brings to 95 the number of malls that can host polling precincts in the 2016 presidential elections.

Robinsons Malls earlier committed to host polling precints in 42 of its shopping centers.

Bautista earlier said the Comelec is still “looking into this possibility” of using malls as voting centers in 2016.

In its news release on Wednesday, the Comelec also pointed out that 4 SM malls had already served as polling precincts in the barangay or village elections in October 2013.

Back then, these polling precincts in SM catered to senior citizens and persons with disabilities.

“We have done this before, being the first mall to have been made into a voting center in the last elections and this is another opportunity for us to give our customers all the convenience especially at a most crucial period in our country,” Garcia said.

“This will enhance the voting experience of our voters. It’s a win-win in several respects,” Bautista said in a news conference Tuesday, July 14.

“Everybody would like to vote in an air-conditioned place. There will be no power issues in terms of electricity or generators that are on standby. I think that the security will be better. It is well-lighted. In case there will be lines, the voter can go first to a bookstore or have merienda (snacks),” he said.

The Omnibus Election Code, or Batas Pambansa (BP) 881, says public schools or other public buildings may be used as polling places.

The Philippines has commonly used public schools during elections. Big crowds and long lines have usually plagued these election precints.

The law, however, also allows the use of “other appropriate private buildings” if “no public school or other public building” can be used during elections. – Rappler.com