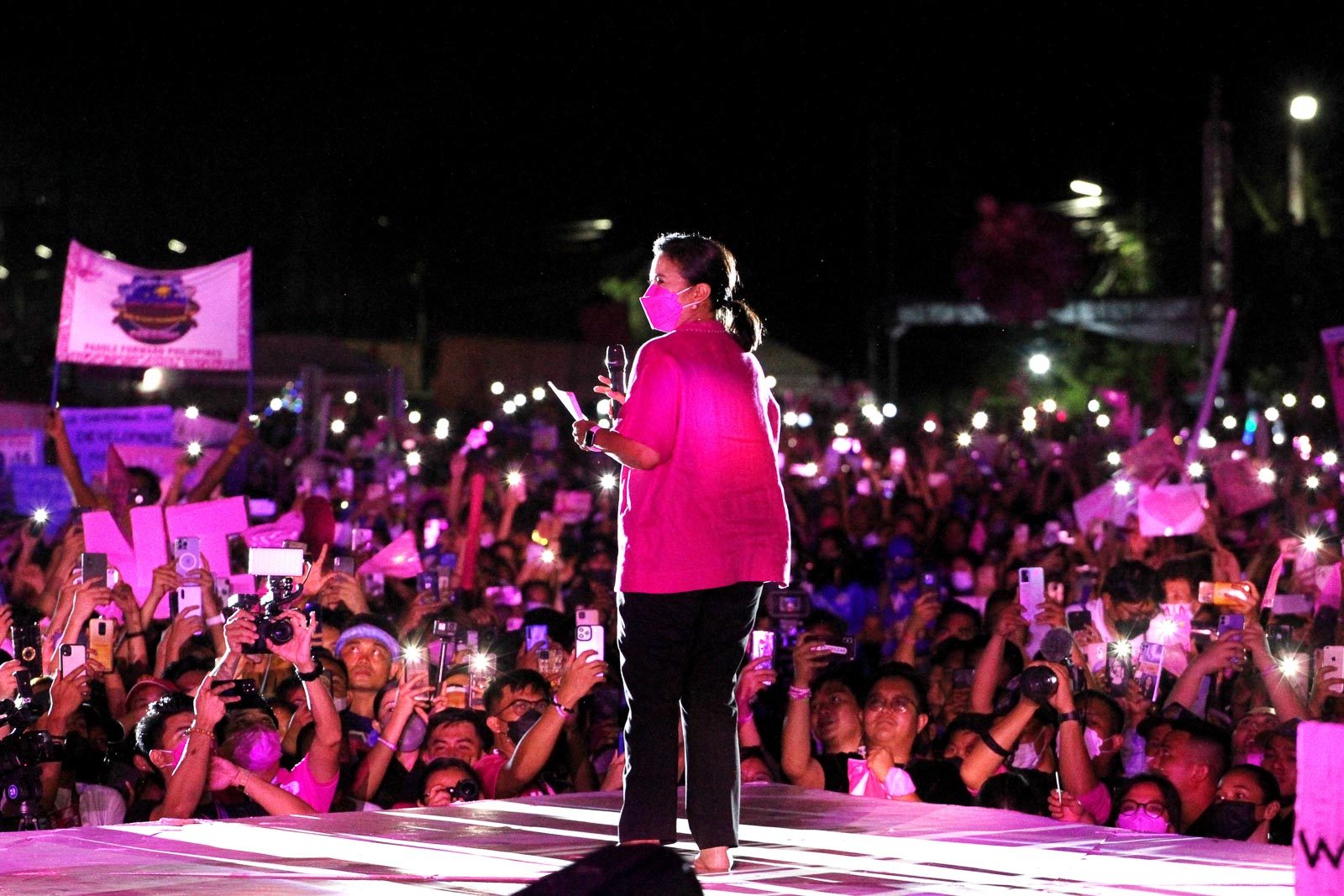 Presidential candidate and Vice President Leni Robredo will have no rest even on her birthday as she holds a grand rally along Macapagal Boulevard in Pasay City on Saturday, April 23.

The event is being touted as the biggest rally yet for Robredo and running mate Senator Kiko Pangilinan, with over 50 of the biggest names in the Philippine entertainment industry expected to make appearances all throughout the program.

It will also be a full day for Robredo’s “kakampink” supporters, who will be going all out for the lone female presidential candidate on her birthday. In the morning, Robredo supporters are holding another grand house-to-house campaign across the country to convert more of the unconvinced to chose her on election day.

By early afternoon, Robredo supporters will be holding an Art Jam ng Bayan at the rally venue, with several booths set up where people can make their own placards, and avail of Robredo merchandise, among others.

Robredo will cap her day through the people’s rally and street party along Macapagal Avenue.

Bookmark and refresh this page to get updates on Robredo’s birthday rally in Pasay City.

More representatives from the persons with disabilities, urban poor, the LGBTQ+ community, and farmers speak on how Robredo and Pangilinan have worked to uplift their sectors. #PHVote #PHVoteRobredo #WeDecidehttps://t.co/4Vuva9c0UF

A series of Robredo ads are being played for the second time in the row here. We are told this is due to a technical problem as the tech/sound booth temporarily lost power. Despite the program interruption, “Kakampinks” wait for the program to resume. They are staying for Robredo

Bianca Gonzales hosts for the first time in campaign trail

LOOK: Aerial shot of Pasay rally as of 5 pm

In this Robredo rally, her supporters’ house-to-house efforts are being highlighted in the program. Not surprising, as this is the ace of her recent momentum on the campaign, a good counterattack to the intense disinformation Robredo has been facing these past years. #PHVote

Jolina Magdangal, along with the Ateneo Chamber Singers and Bukas Palad Ministry give a song number as a prayer for today's Pasay rally. The lyrics of the song alludes to 'Ipanalo natin 'to' which is a phrase often used by Robredo during the campaign. https://t.co/Z3rvi7QRdc pic.twitter.com/i3D3FbLFIH