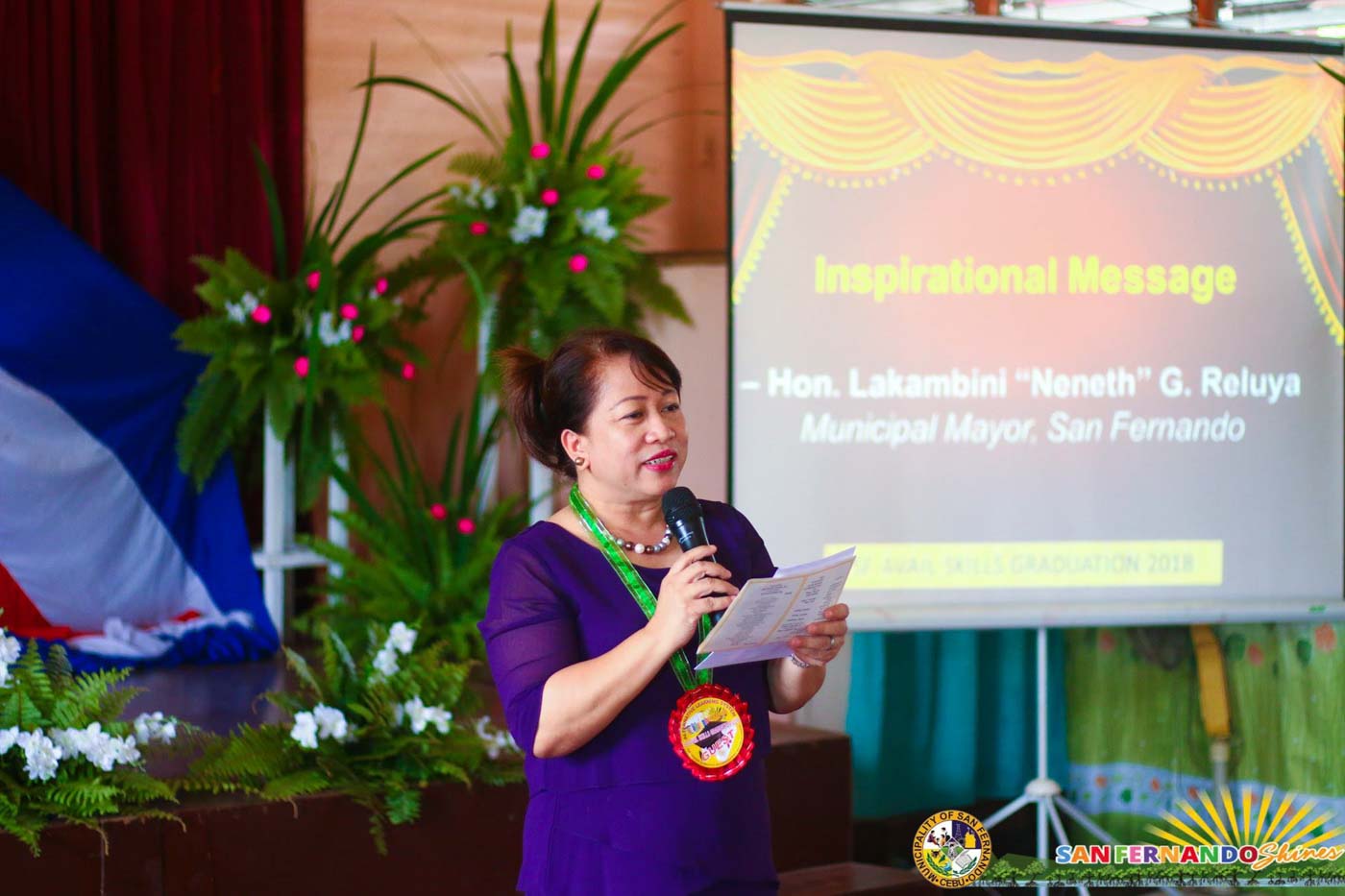 CEBU CITY, Philippines – Lakambini “Neneth” Reluya, the mayor of San Fernando, Cebu who survived an ambush that killed her husband, won her reelection bid on Tuesday, May 14.

Reluya garnered 22,294 votes versus opponent Ruben Feliciano, who got 15,567 votes. All votes were transmitted and canvassed by San Fernando’s Board of Canvassers.

Reluya was injured, while 3 of her companions, including her husband Ricardo “Nonoy” Reluya, died when unidentified gunmen opened fire on their vehicle in Barangay Linao, Talisay City in January. (READ: San Fernando, Cebu mayor ambushed in Talisay)

Police said shortly after the incident that politics could be the motive behind the killing. (READ: Politics eyed as motive behind Mayor Reluya ambush)

The younger Reluya substituted for his father, who filed his certificate of candidacy before he was killed. Commission on Elections rules stipulate that only a person with the same last name may be fielded as a substitute.

Apart from Nonoy Reluya, who was a San Fernando councilor, 3 other officials of the town were killed last January, while 2 others went missing.

Newsbreak looked into the killing of the town’s officials, personalities linked to drugs, and Neneth Reluya’s rivalry with opponent Feliciano in a two-part investigative series.

READ: 'I will kill you all'

READ: 'One Wrong Move And Ur Over!'