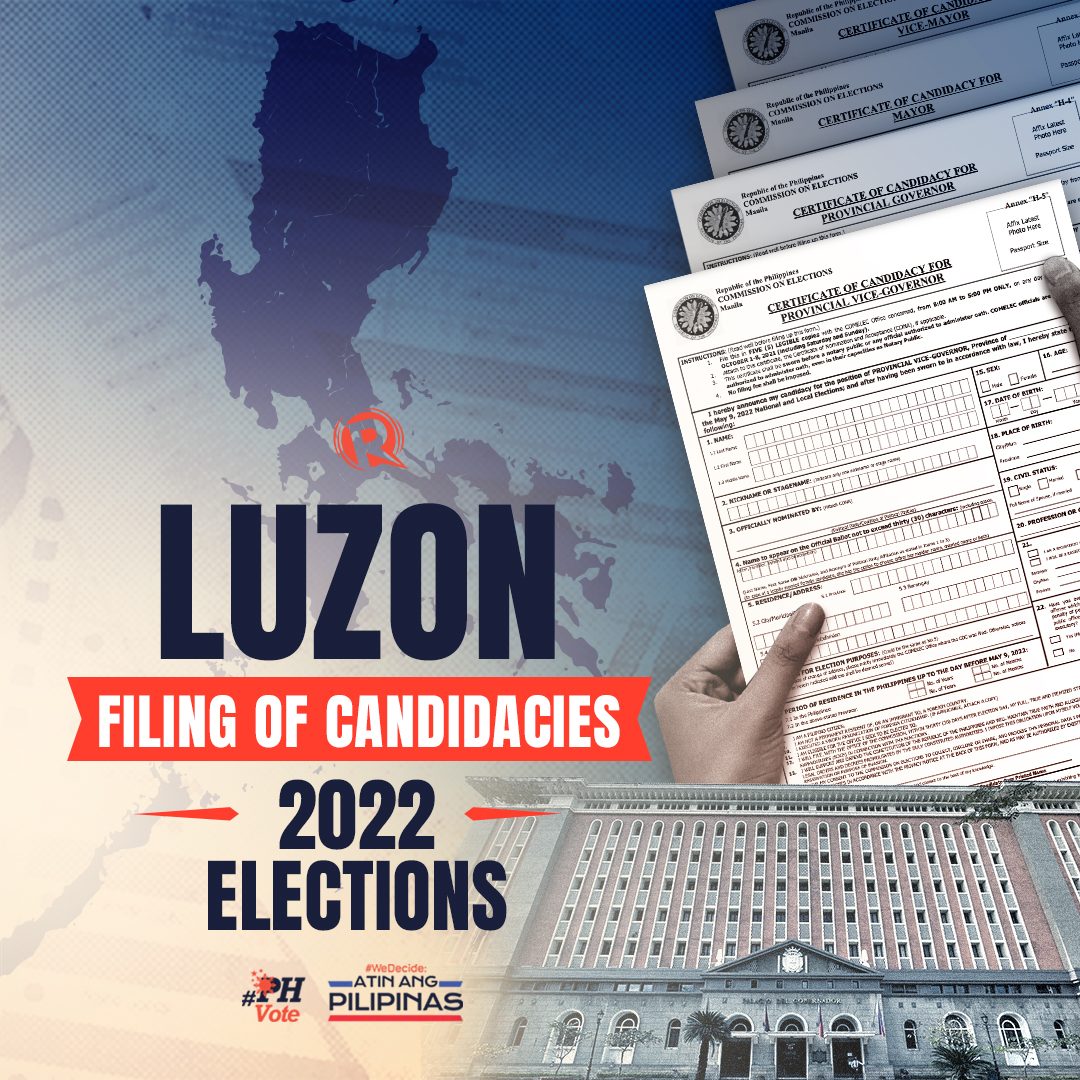 In Luzon, which includes the National Capital Region, they are running in 38 provinces, 74 cities, and 697 municipalities.

Bookmark and refresh this page for real-time news, photos, videos, and context and analyses during the COC filing week in Luzon.

Suntay chairs the committee on human rights and previously sat as vice chair of the committees of energy, government enterprises and privatization, and trade and industry.

He had served for five terms as a city councilor of Quezon City before getting appointed by President Rodrigo Duterte as a director at the Philippine Charity Sweepstakes Office, his last post before he ran as congressman in 2019. 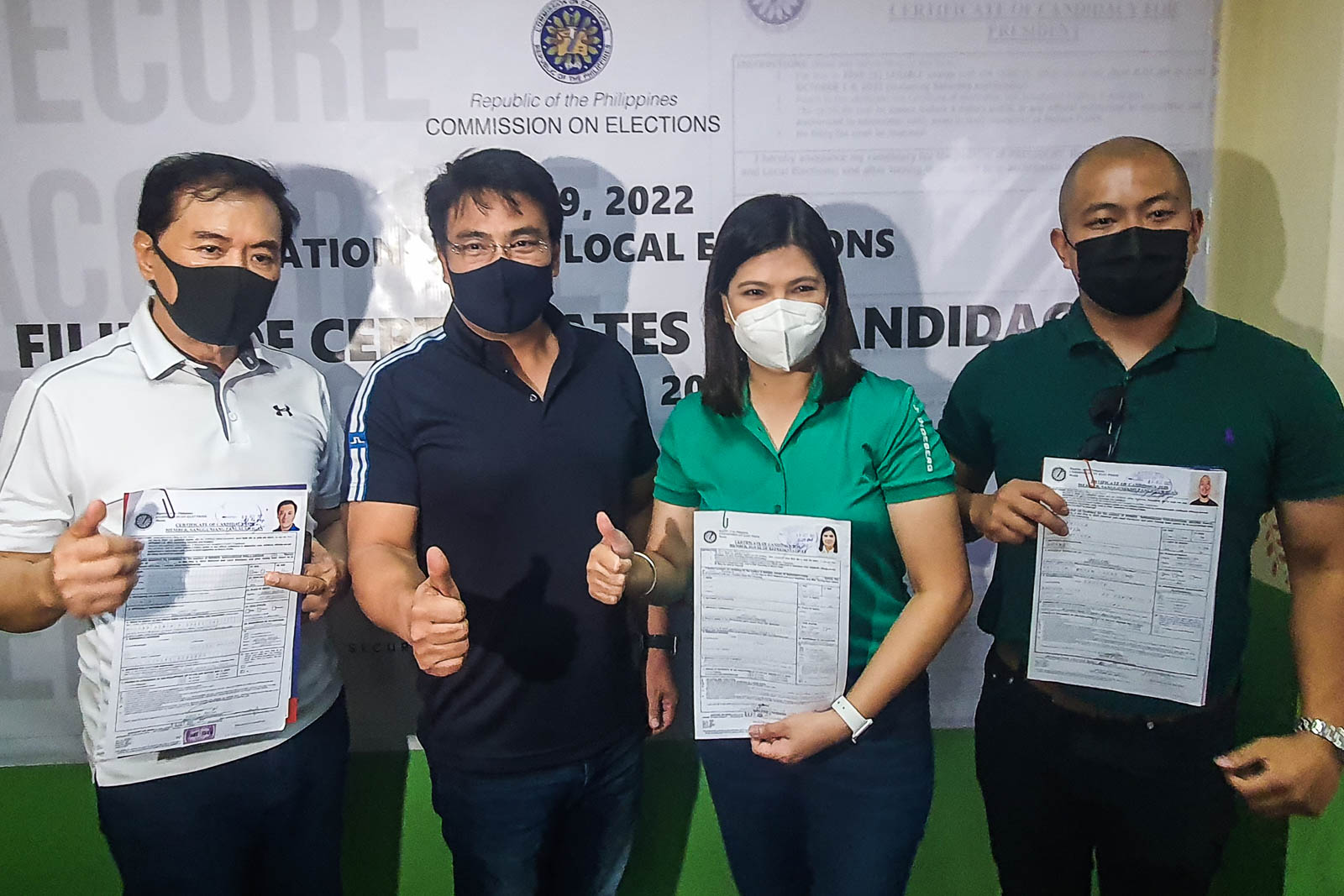 Bacoor City Mayor Lani Mercado Revilla on Friday, October 8, filed her certificate of candidacy to represent the 2nd District of Cavite in Congress.

Revilla, the wife of Senator Ramon “Bong” Revilla Jr, had served as 2nd District representative for two terms, from 2010 to 2016.

She filed on Friday at the local Commission on Elections office in Trece Martires City, Cavite. She was accompanied by her husband, her son and 1st District board member aspirant Bryan Revilla, and Provincial Board Member Edwin Malvar.

The Comelec said their COCs were filed by their authorized representative, lawyer Arvin Randy Teo.

Governor Umali is in his first term as Nueva Ecija governor. He first held the position for three consecutive terms from 2007 to 2016. Reaching his term limit in 2016, Umali gave way to his wife, Czarina “Cherry” Umali who became governor until 2019. Aurelio then took over and was again elected governor in 2019.

Likewise, Emmanuel Antonio Umali currently serves his first term as the vice governor. His political experience includes being a board member of the 3rd district, and serving as vice mayor of Cabanatuan City.

The Umalis will be facing off with the Josons in the upcoming 2022 elections. Palayan City Mayor Adrianne Mae “Rianne” Joson Cuevas and former vice governor Edward Thomas Joson have also filed their candidacies for governor and vice governor, respectively. 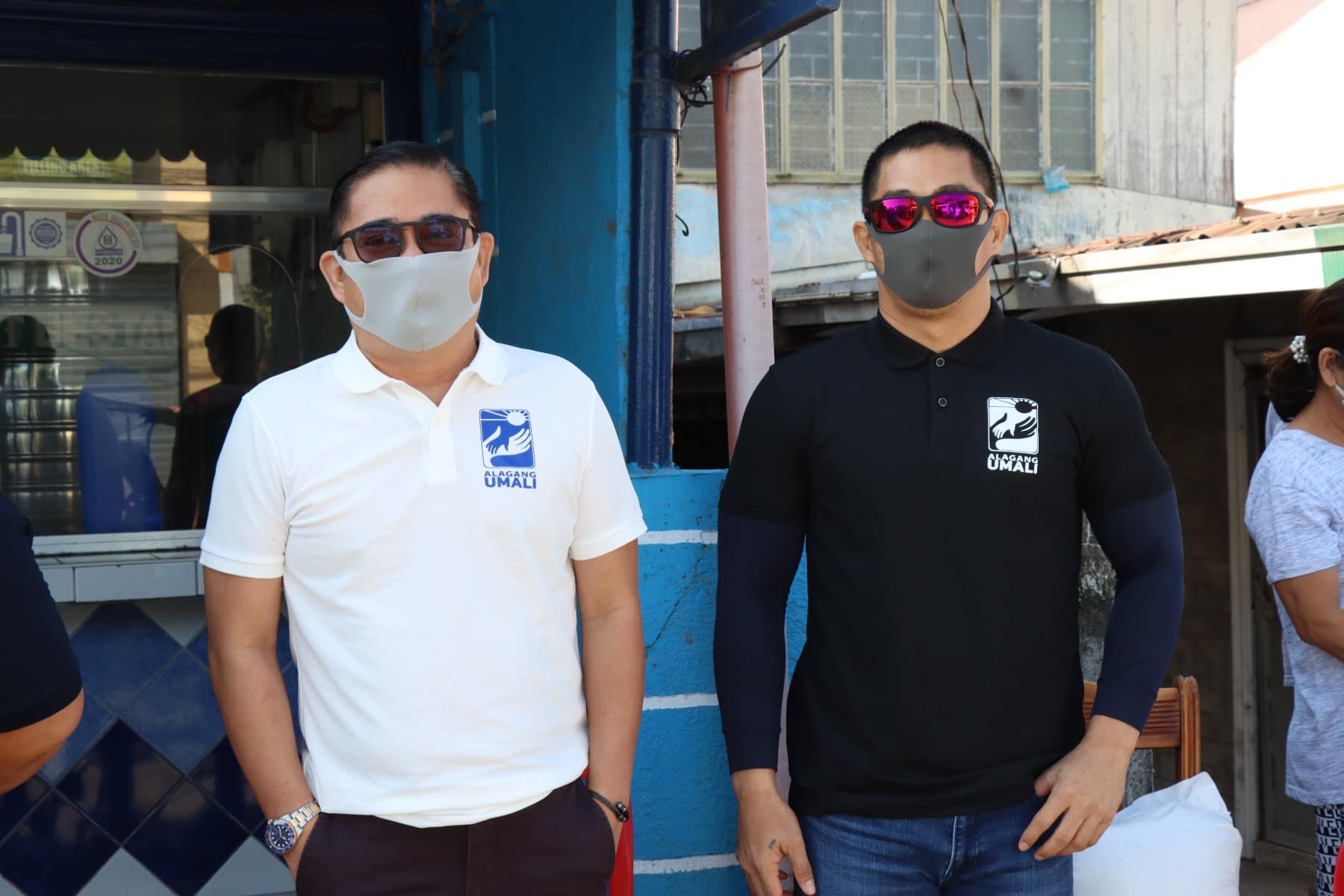 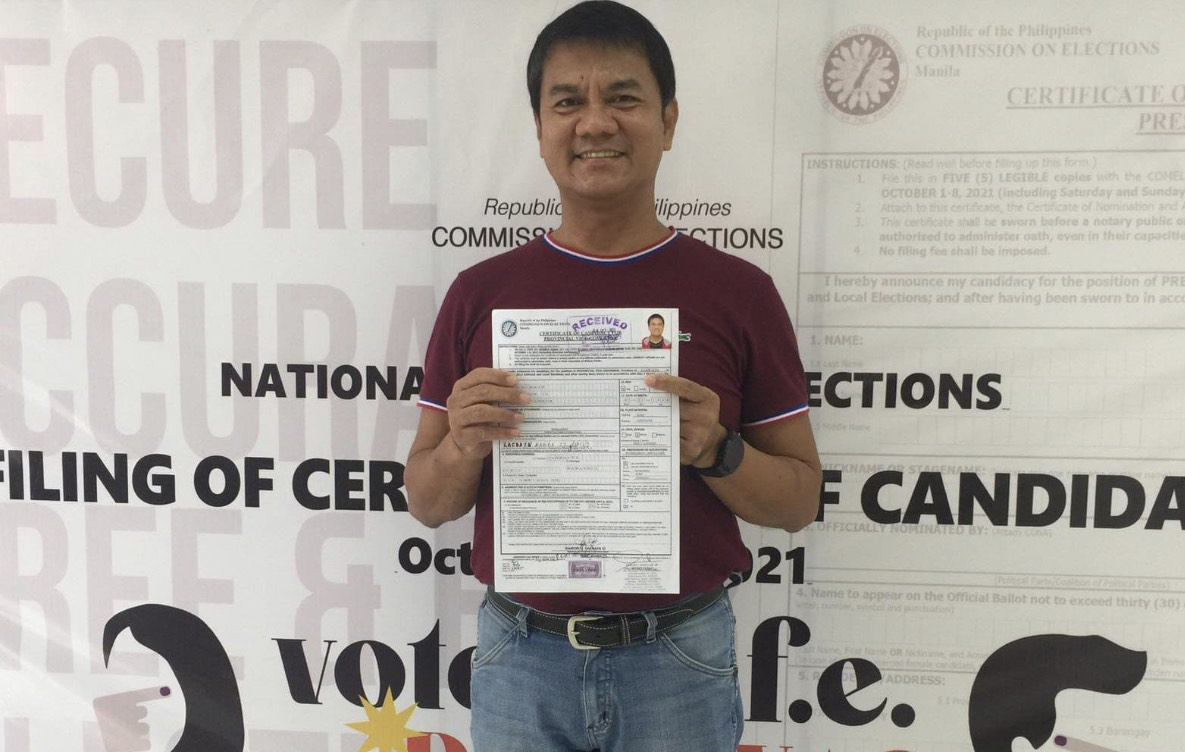 He served as vice governor to former governor Vicente Magsaysay from 2001 to 2007, and earlier in Governor Hermogenes Ebdane Jr.’s term, from 2010 to 2016.

He’s been running a drugstore chain since his last term ended.

Gacula circumvented the 3-term limit from 2004-2013. He stepped down in 2013 and ran again for mayor in 2016. This will be his last term if ever elected. His running mate is the incumbent vice-mayor, Mitchell “Mitch” Bermundo.

Angelo Aguinaldo is the great-grandson of the first Philippine president, Emilio Aguinaldo. His father, the late Reynaldo “Tik” Aguinaldo, was mayor of Kawit for 2007-2016.

Angelo Aguinaldo will go against 1st District Representative Francis Gerald “Boy Blue” Abaya, another great-grandson of Aguinaldo, who filed his COC on October 2. 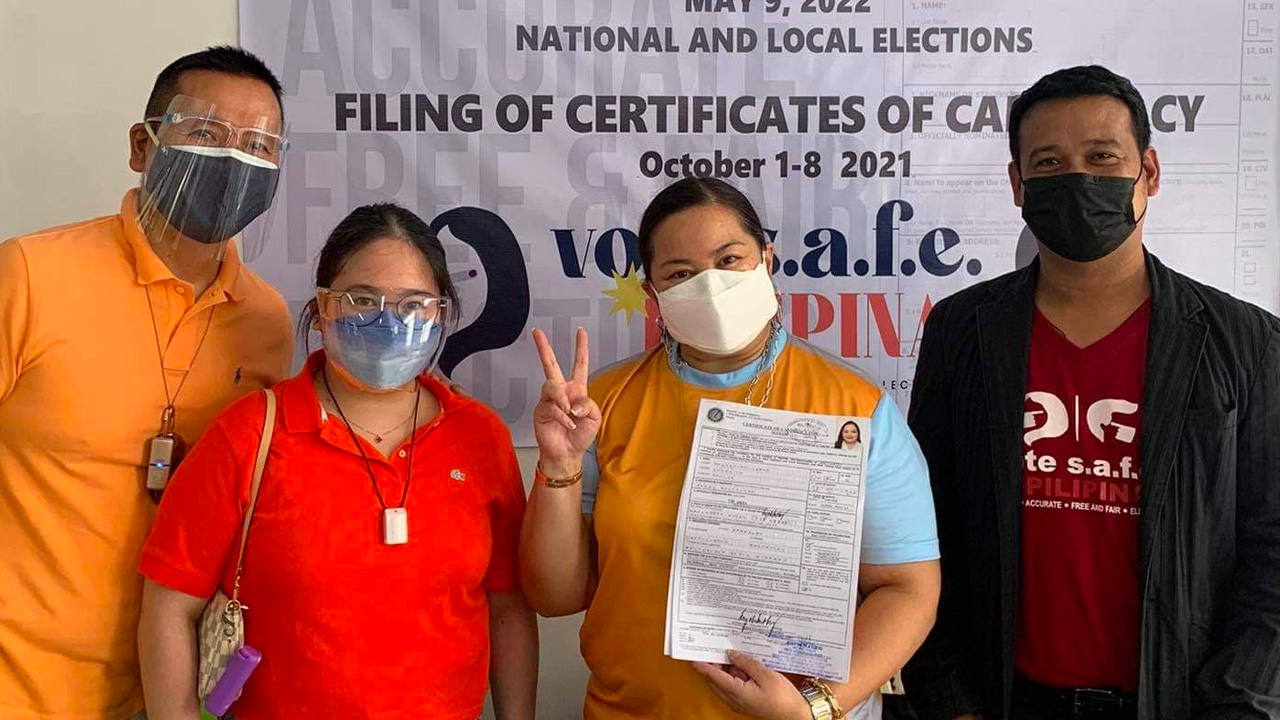 Former vice governor Angel Magsaysay-Cheng filed her certificate of candidacy for mayor of Castillejos, Zambales, on Friday, October 8, at the local Commission on Elections office.

The daughter of former Zambales governor Vicente Magsaysay aims to lead her hometown into a developed and business-friendly area.

Incumbent San Mateo Mayor Cristina “Tina” Diaz filed her certificate of candidacy for the congressional seat of the new 3rd district of Rizal on Friday, October 8. 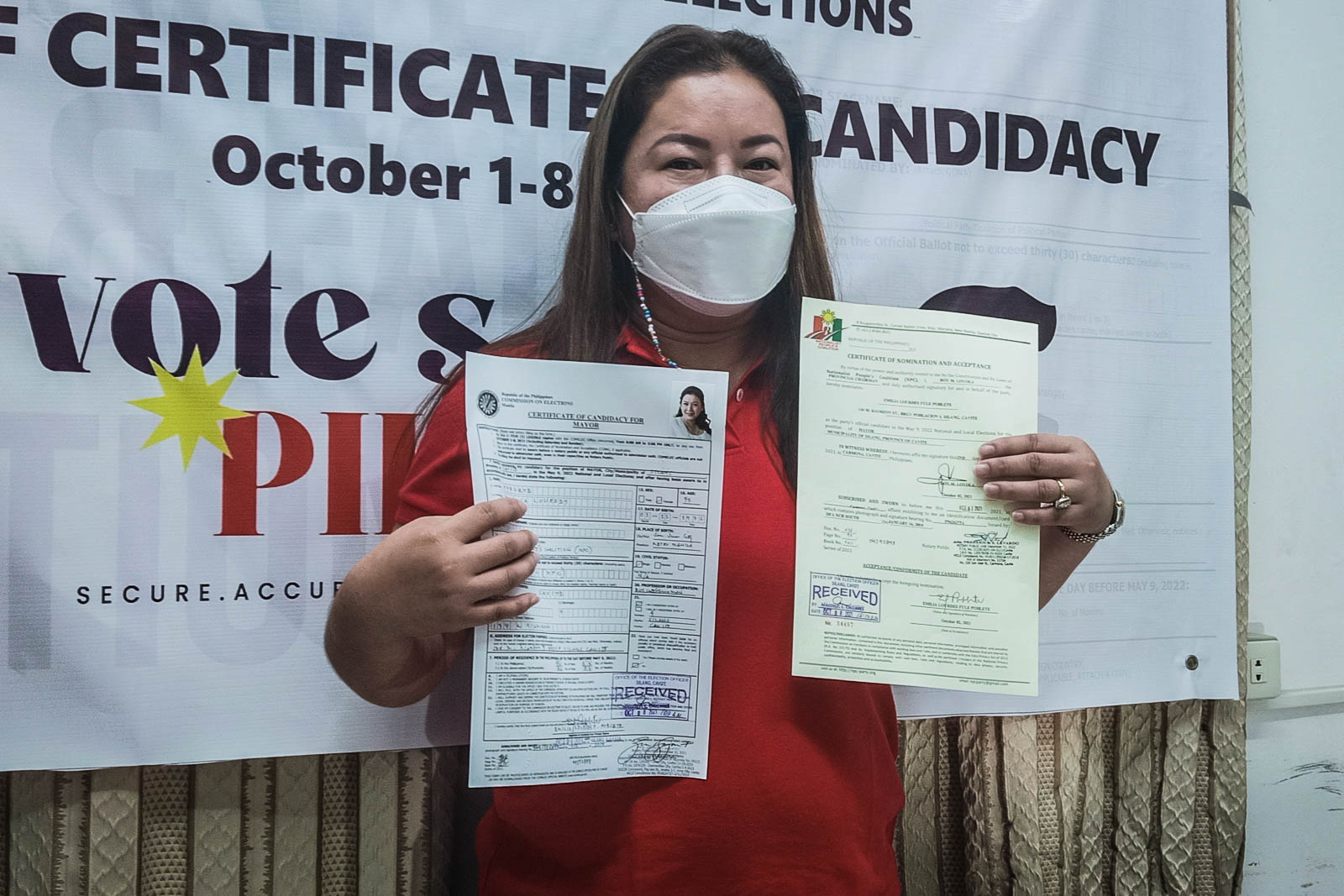 Former Silang mayor Emilia Lourdes “Omil” Poblete is seeking the post again, filing her certificate of candidacy on Friday, October 8, as a nominee of the Nationalist People’s Coalition.

Mikaela Angela “Mika” Suansing filed her certificate of candidacy (COC) on Friday, October 8, for representative of the first district of Nueva Ecija. She runs under the Nacionalista Party.

Suansing seeks to succeed the term of her mother, incumbent 1st District representative Estrellita “Ging” Suansing, who is serving her final term.