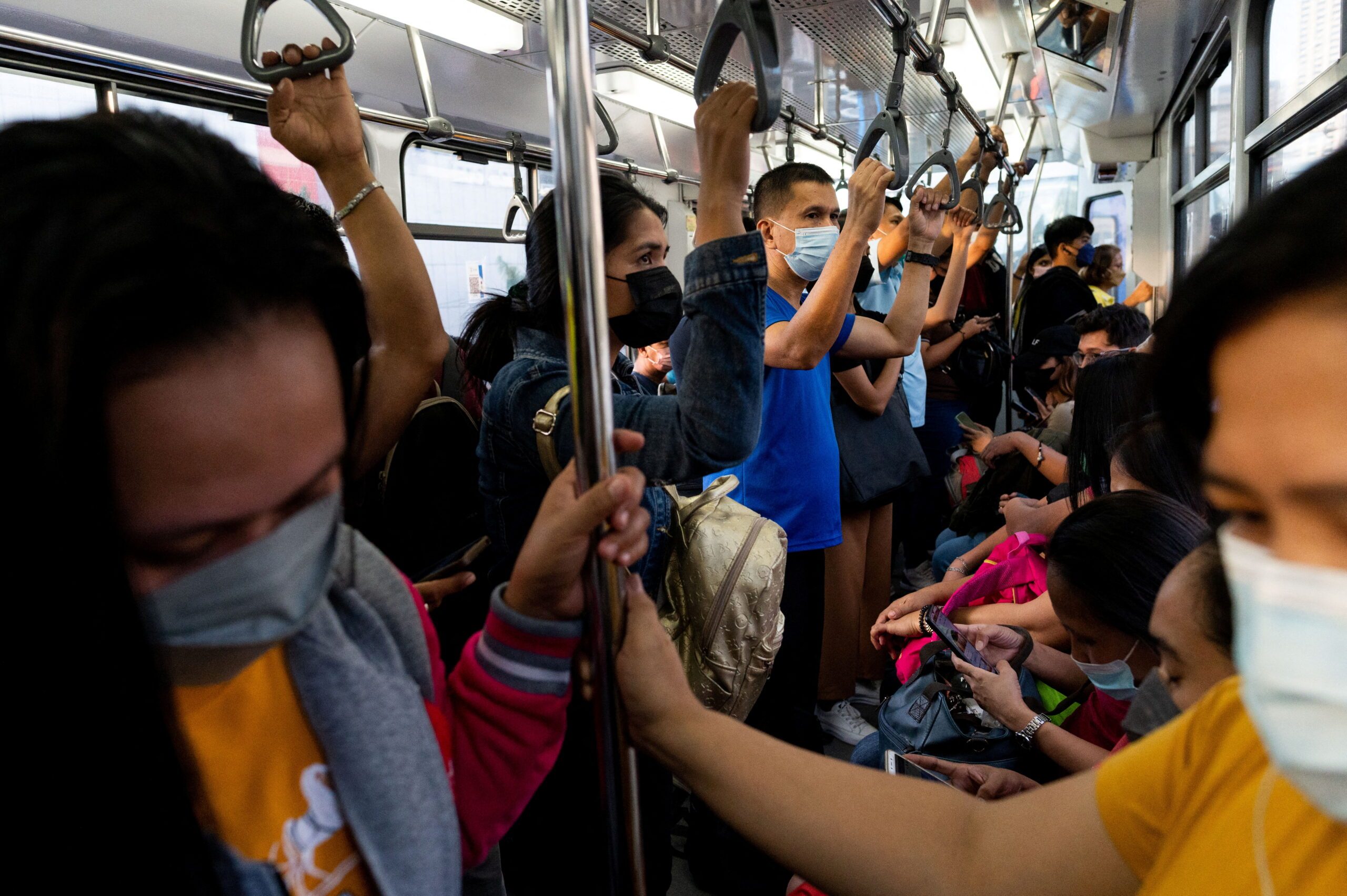 Facebook Twitter Copy URL
Copied
In a December 2021 survey, only 24% say their lives got better over the past 12 months, while there was no change for 36%

MANILA, Philippines – About 4 in 10 or 40% of Filipino adults said their quality of life has become worse compared to a year ago, a Social Weather Stations (SWS) survey found.

SWS categorized those whose lives got better as “gainers” while those who were worse than before are “losers.” Filipinos whose quality of life remained the same are called “unchanged.”

The polling firm found that the net gainers score – gainers minus losers – was at -16, which it classifies as mediocre. This score is 28 points higher than September 2021’s -44, but significantly lower than December 2019’s +18.

The improvement in the net gainers score, according to SWS, can be attributed to an increase in all areas.

The net gainers score in Metro Manila was up by 40 points, to -11 in December 2021 from September 2021’s -51, or a change from catastrophic to mediocre, based on SWS’ classification.

The SWS survey was conducted via face-to-face interviews with 1,440 Filipinos aged 18 years old and above nationwide. The sampling error margins were at ±2.6% for the national level and ±5.2% for Balance Luzon, Metro Manila, the Visayas, and Mindanao. – Rappler.com