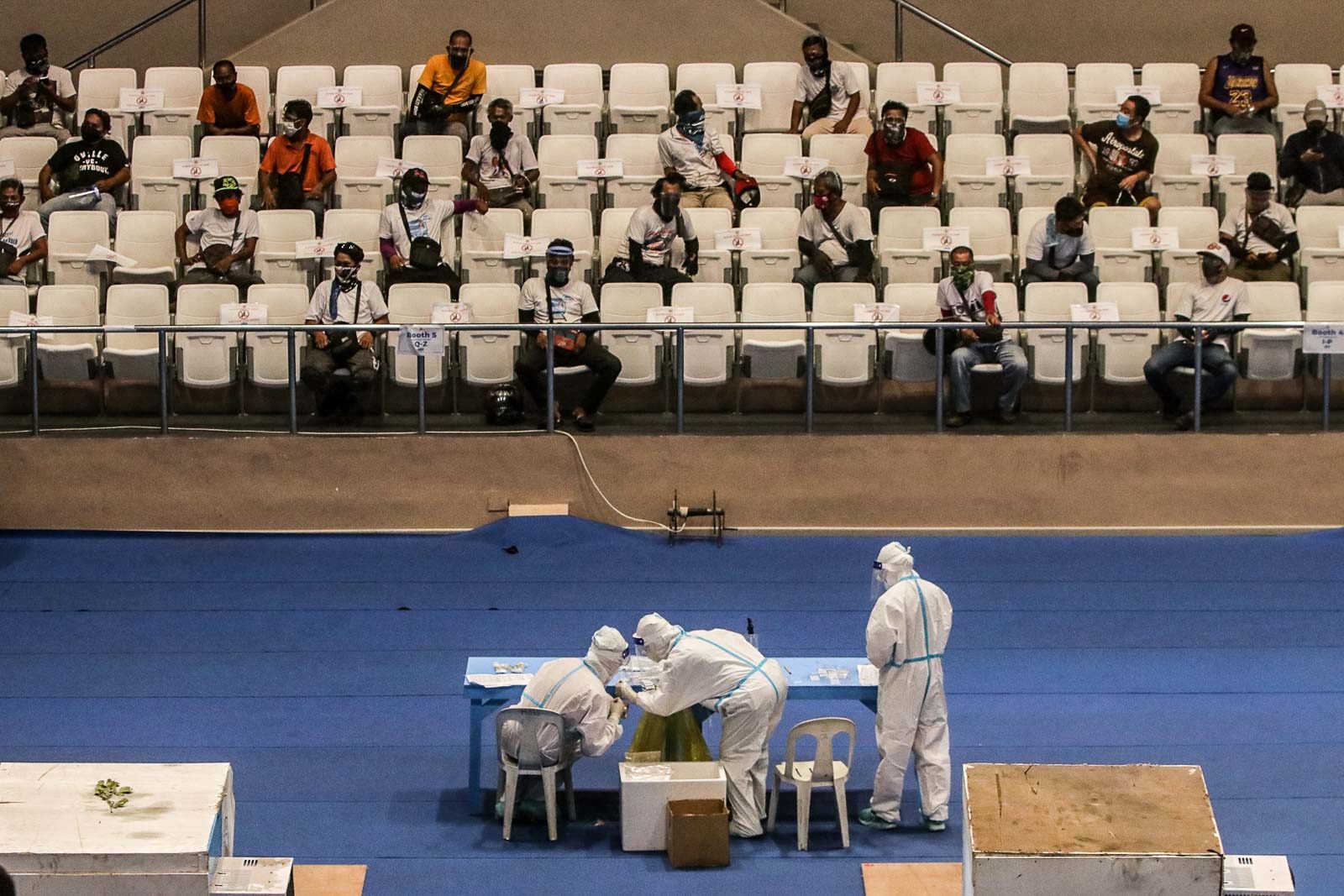 Vaccine czar and National Task Force Chief Implementer Carlito Galvez Jr said on Monday, November 9, that supplies of a COVID-19 vaccine will most likely arrive in the Philippines by the end of 2021 or in early 2022, owing to a lack of global supply for the coveted good.

In a press briefing with the Department of Health, Galvez said this was both the “realistic” timeline and “worst-case scenario” for when the country would receive doses for widespread vaccination.

(Realistically speaking, the main bulk of vaccines may arrive by the end of the year or 2022 because richer countries have acquired the majority of production.)

On the other hand, the government’s “best case scenario” would be to receive supplies of a viable vaccine sometime between May to July 2021 through bilateral agreements with other countries and the Philippines’ participation in the Global Alliance for Vaccines and Immunization COVAX facility.

The COVAX facility is supposed to guarantee counties that participate access to a portfolio of vaccines and doses for at least 20% of its population. It also assures countries of delivery as soon as these vaccines are available.

The projected timeline is at least a year longer than President Rodrigo Duterte’s target of December 2020. Duterte, who earlier touted a vaccine as the “only solution” to the pandemic, has been setting expectations from when Filipinos might receive this throughout several speeches.

Duterte earlier said a COVID-19 vaccine would be available within a period that stretched from the end of the year to early-mid 2021.

But while experts say a COVID-19 vaccine would most likely be available by then, acquiring enough doses to vaccinate populations and mitigate the risks of spreading the virus would take much longer.

In the meantime, the DOH said this means that current mitigation practices against COVID-19 like wearing face masks and shields, frequent hand washing, and physical distancing remain the best defense against the disease.

Who gets a vaccine first?

Duterte said he wanted all Filipinos to receive a vaccine when available. Health Secretary Francisco Duque III said with high demand worldwide and limitations on  supply, the government will prioritize the following groups “in general:”