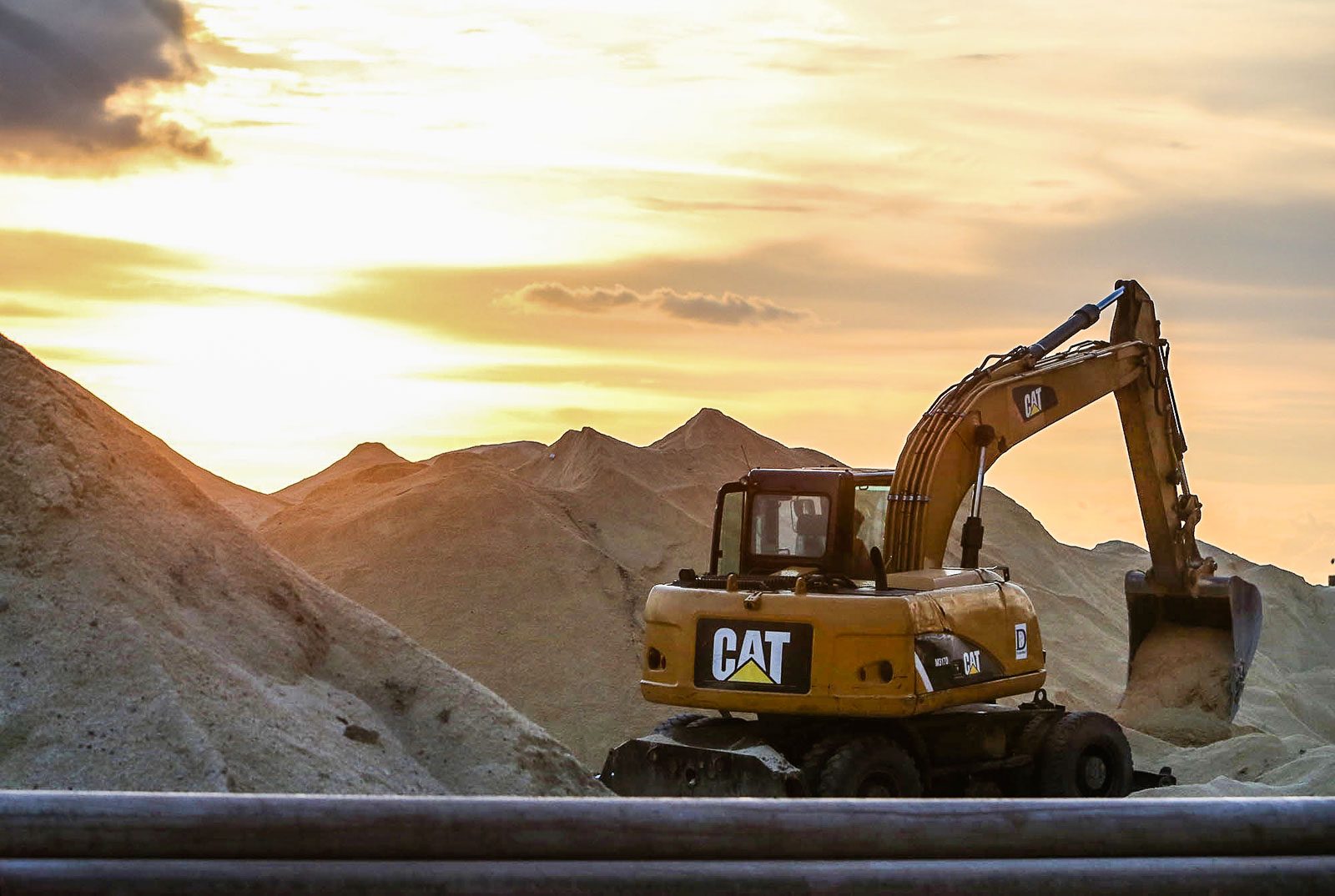 Onlookers flock to Roxas Blvd over the weekend to observe and take pictures of the the white sand placement along the shorelines of Manila Bay.

The Department of Environment and Natural Resources (DENR) violated its own regulations in its implementation of the controversial white sand project on the Manila Baywalk, a public policy think tank said on Monday, September 7.

Infrawatch PH said in a statement on Monday that “by seeking an exemption from its own environment compliance regulations,” the DENR violated Presidential Decree No. 1586 or the Environmental Impact Statement System Law, and DENR Administrative Order No. 2003-30, the agency’s own implementing rules for environment compliance certificates (ECC).

DENR Undersecretary Benny Antiporda said in a Philstar report that the white sand project is a “nourishment project” that is not covered by the Philippines’ Environmental Impact Statement system.

But Infrawatch PH pointed out that under the said regulations, projects like the Manila Baywalk which are located in environmentally critical areas require an ECC.

The situation presents a “prima facie case for a Writ of Kalikasan in the Supreme Court,” according to the group. This would also include a temporary environment protection order against the white sand project.

Writ of kalikasan is a legal remedy protecting the constitutional right to a balanced and healthful ecology. The writ can be used to mandate a government agency or officer to fulfill neglected duty towards environmental compliance.

At the very least, the group said the Supreme Court must intervene under its Manila Bay Advisory Committee (MBAC), headed by Chief Justice Diosdado Peralta.

The group said the DENR overstepped its mandate in Manila Bay, “either based on SC’s continuing mandamus or President Rodrigo Duterte’s Manila Bay Task Force.”

“As such, the MBAC should not wait for a fresh case to be filed before intervening on the white sand controversy, as it this afford the public immediate relief from the potential environmental impact of the project,” Infrawatch PH said.

The white sand project has drawn flak from environmental and sectoral groups who questioned its necessity and environmental compliance.

Infrawatch PH earlier said the approved budget of the Manila Bay Rehabilitation Program (Baywalk area) was P397.897 million. The group said that roughly cost about P795,000 per meter of rehabilitating the Manila Baywalk.

Fisherfolk group PAMALAKAYA on Monday called for the absolute termination of the project, and slammed the DENR for calling the project “beach nourishment.”

‘The SC mandamus never mentioned any beautification component programs such as the present project of the DENR,” PAMALAKAYA said, adding that the DENR should focus instead on “genuine rehabilitation.” (READ: Cebu provincial board did not issue permit to extract synthetic sand for Manila Bay)

In a Malacañang press briefing on Monday, Presidential Spokesperson Harry Roque admitted the project is “primarily [for] beautification,” but emphasized it is also an anti-erosion and flood-control project.

According to Oceana Philippines, DENR has yet to prove the project’s environmental compliance.

Oceana Vice President Gloria Ramos said in an online discussion on Monday that she has yet to see the project’s environmental impact assessment report.

“DENR should never forget we have a state policy of full disclosure,” she said.

In the same discussion, Lou Arsenio, program coordinator of the Archdiocese of Manila Ministry of Ecology, said residents of coastal communities were not informed as “they have never heard of any consultations” regarding the project.

According to the Bureau of Fisheries and Aquatic Resources legal officer Benjo Tabios, they believe the DENR conducted studies on the project before implementation.

A 2019 fact sheet prepared by the DENR does not include dumping of white sand on the baywalk in its Manila Bay rehabilitation activities.

Antiporda said in his video address last Thursday, September 3, that the white sand project was under Phase 1. But based on the fact sheet, Phase 1 only includes cleanups and water quality improvement efforts. – Rappler.com