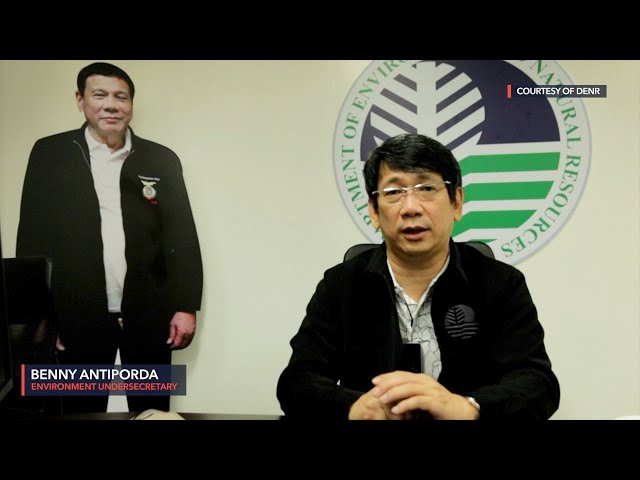 The Department of Environment and Natural Resources (DENR) started filling the Manila Baywalk with synthetic white sand as part of its rehabilitation efforts in the area. The sand came from crushed dolomite boulders in Cebu.

The group pointed out that the very reclamation projects harming Manila Bay were permitted by the DENR.

“No amount of white sand and external beauty can restore Manila Bay if such destructive projects are going through,” the group said in a statement on Thursday, September 3.

Kalikasan People’s Network for the Environment, meanwhile, urged Manila Mayor Isko Moreno to halt the project, as it can result in the degradation of adjoining marine conservation areas.

“Manila Bay is not dead,” the group added, citing the waters as a potential sardine conservation area after the recent discovery of Sardinella pacifica.

According to advocacy group Oceana Philippines, the project may harm the natural ecosystem and coastal integrity of Manila Bay, as the white sand “does not appear to be a natural substrate of that portion of the bay.”

“This will be a total waste of people’s money,” Oceana Vice President Gloria Ramos said, adding that the country’s priority should be responding to the ongoing coronavirus pandemic. (READ: Environmental advocates question push for Bulacan airport during pandemic)

In a video sent to media on Thursday, DENR Undersecretary Benny Antiporda defended the project, saying the white sand will “signify cleanliness” and serve as an awareness campaign for people to look after the environment.

Antiporda touted it as a project for people who have never experienced the famous white sand beaches in Boracay, El Nido, and Bohol. He said they expect Manila Bay to be swimmable by the end of the year.

Manila Bay has long suffered from age-old problems of environmental degradation. An iconic and historical place in the country’s capital, Manila Bay is the site of multiple reclamation and development projects, with some of them affecting mangrove forests and coastal communities. (READ: Manila Bay cleanup: High hopes, murky plans)

The dumping of synthetic sand is the most recent Manila Bay project to raise eyebrows. (READ: Is this necessary? Netizens raise concerns over white sand on Manila Bay)

In a tweet, University of the Philippines Resilience Institute executive director Mahar Lagmay predicted the white sand will be “washed out from the coastline and brought to the bottom of deep water.”

Antiporda responded to critics by saying the DENR has prepared interventions to prevent the sand from being washed away.

(We will put engineering interventions in place to make sure we preserve and sustain the beautiful Manila Bay.)

The project is part of the Phase 1 of the Manila Baywalk project. Heads of selected governments agencies are expected to visit and inspect the area by September. – Rappler.com