The fight over the speakership heats up between Speaker Alan Peter Cayetano and his rival Lord Allan Velasco, stalling the budget process and prompting President Rodrigo Duterte himself to intervene.

Rappler is on top of this developing story to help you make sense of events. Bookmark and refresh this page for blow-by-blow updates, context, and analyses on the House speakership fight between Cayetano and Velasco. 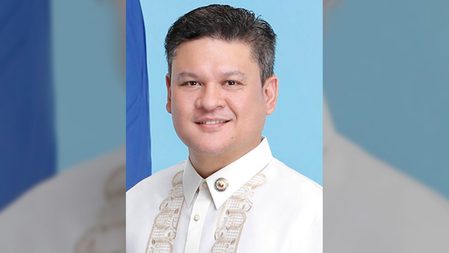 Below is the full statement of Senate President pro tempore Ralph Recto on the ouster of Alan Peter Cayetano, a former senator, as Speaker of the House of Representatives.

This is just a pit stop in Alan’s long career. He will be back – I doubt if he’ll ever leave the political scene as a leading voice. It will be ages before we will come to read the requiem for this heavyweight. Not today.

His stint as House leader may be short, but it was spectacular. He passed all the bills the Palace requested, plus those which are products of the House’s policy ingenuity, which he harnessed in full.

While he had changed chambers, he was constantly in touch with his old colleagues in the Smaller but Smarter House. He is always welcome here, and the polls show that it will be a walk in the park for him.

I am writing this to thank him for his service to the nation as House leader. Old school it may sound, but in this age when the new is hailed and the old is forgotten, I believe that the courtesy of appreciating the good a person had done should continue as an honored tradition.

Malacañang: With politics ‘set aside,’ focus now on 2021 budget

For Malacañang, the election of Marinduque Representative Lord Allan Velasco as House Speaker means the lower chamber can now focus on passing the 2021 national budget.

“We thank the members of the House of Representatives because they heard the request of the President to set aside politics and pass the anti-COVID budget for the year 2021,” said Presidential Spokesperson Harry Roque.

In a press briefing, Roque reiterated that only the House and the Senate can choose their own leaders. He added it was “not the President” who convinced House members to elect Velasco.

“We look forward to working with Speaker Lord Allan Velasco because he is also an ally of this administration,” Roque said.

Here’s an important piece of context: When Cayetano tendered his “irrevocable resignation” as House speaker through a Facebook Live video, lawmakers had already ousted him and proclaimed Velasco as the new House leader.

Cayetano announced his resignation at around 11:52 am on Tuesday, October 13.

Velasco was proclaimed the new House speaker around 11:43 am.

Cayetano: I will help quietly in any way. Pasensya na po sa aking supporters. I love you.

Cayetano insists he had more than 150 supporters as of last night, while Velasco only had some 120. Moments ago, House lawmakers made Velasco’s election official.

Cayetano urges Velasco to keep to “palabra de honor,” and not replace any of the deputy speakers and committee chairpersons in the House of Representatives.

Cayetano says he is heading to Malacañang for the meeting President Rodrigo Duterte called with him and new House Speaker Lord Allan Velasco.

Velasco addresses his colleagues at the House

Velasco: When President Duterte brokered the term sharing agreement last year, there were no conditions… It was sealed by a handshake witnessed by the President himself. This was a bond of honor stronger than any written contract.

Velasco: The interest of our people, especially at this time of the COVID-19 pandemic and the concomitant crisis it as brought, is being sacrificed at the altar of personal greed and political ambition.

Velasco: Our people cannot wait and they do not deserve to wait even more because someone’s political plans are now in peril.

Velasco: First and most importantly, this is for the Filipino.

Velasco hits Cayetano: There’s no need to open fresh wounds at this point… There’s no denying that [the] unnecessary turmoil we’re currently experiencing resulted from the abject refusal [of Cayetano] to honor that agreement.