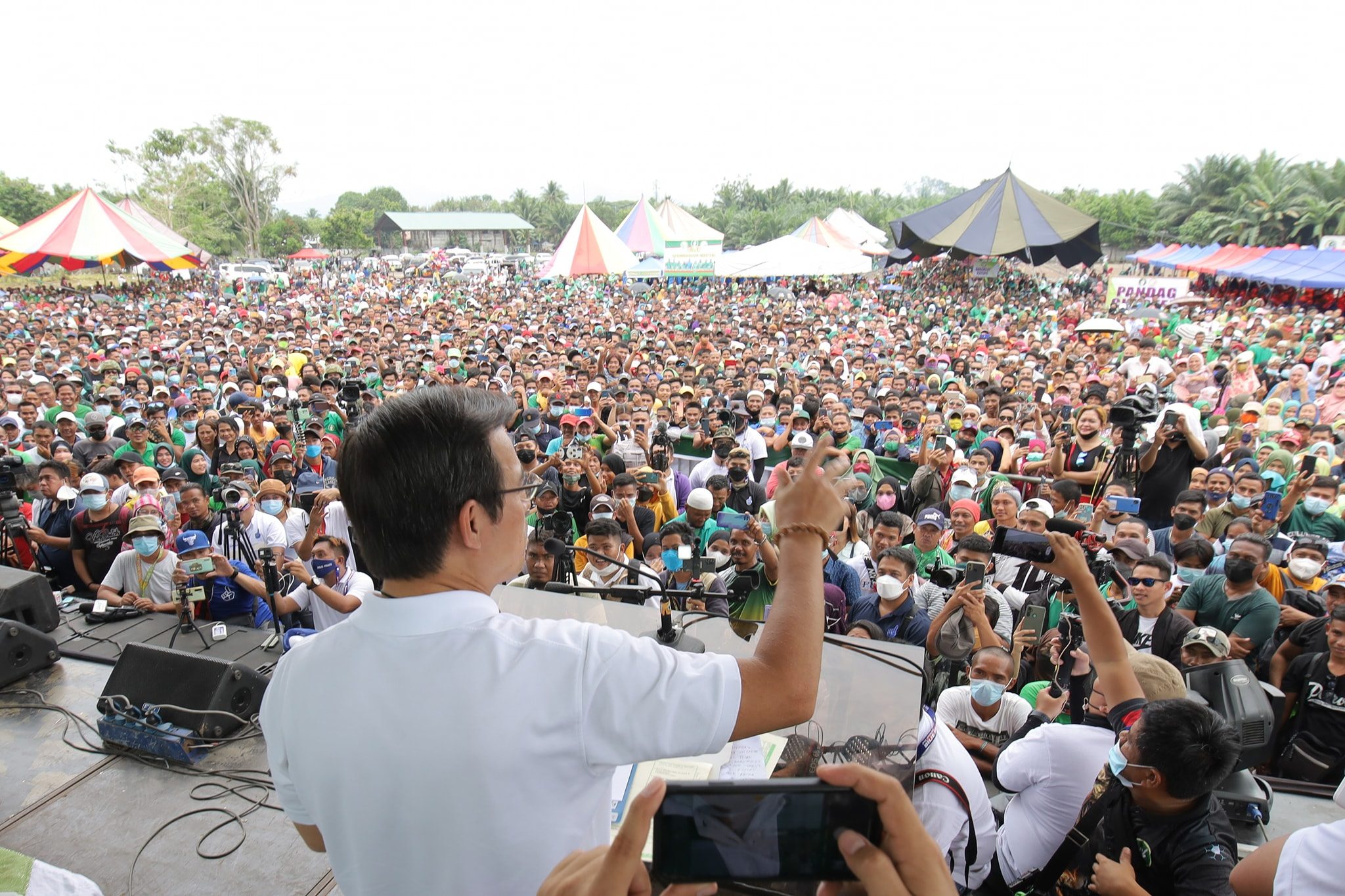 WITH A BANG. Manila Mayor Isko Moreno steps up his campaign to win votes in Mindanao with a rally in Maguindanao.

The first of Moreno’s Mindanao sorties kicked off with a bang in the BARMM province of Maguindanao where Moreno addressed a crowd of thousands during the rally organized by the group of Maguindanao 2nd District Representative Esmael Mangudadatu, now a candidate for his old gubernatorial post.

Aksyon Demokratiko senatorial candidate Samira Gutoc confirmed to Rappler that the UBJP has thrown its support behind Moreno’s presidential bid.

The UBJP is the dominant political group in the autonomous region’s parliament.

Moreno spoke before a cheering crowd of thousands in Buluan town where he took swipes at the groups of his rivals, ex-senator Ferdinand “Bongbong” Marcos Jr. and Vice President Leni Robredo.

Not once did he mention his rivals’ or their group’s names, but he referred to them as “red” and “pink-yellow,” colors associated with Marcos’ and Robredo’s groups.

The “reds” received much of the beating during the Moreno rally because of the atrocities committed against Muslims in Mindanao in the ’70s and ‘80s when the Marcoses were in power.

Moreno, known for punctuating his speeches with street lingo, told the crowd at the predominantly Muslim town of Buluan to be cautious about choosing whom to vote.

He asked the crowd to “gamble” on him, saying that voters already gave the “reds” and the “yellows” 39 years.