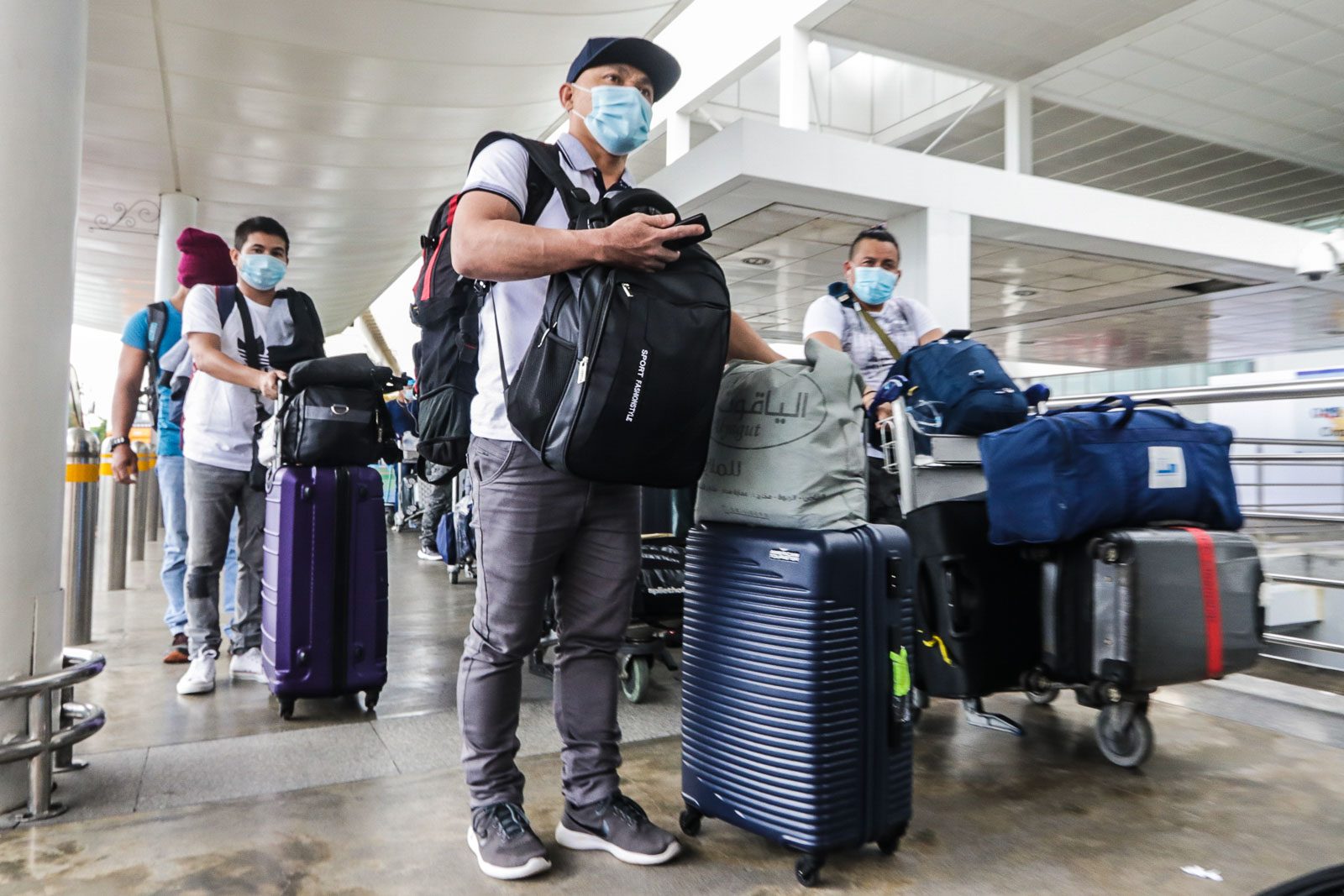 Facebook Twitter Copy URL
Copied
'No family should be broken up, relationships severed, or friends and relatives separated in the name of economic progress,' says SENTRO

Labor rights group Sentro ng mga Nagkakaisa at Progresibong Manggagawa (Sentro) on Saturday, May 15, rejected the creation of the proposed Department of Overseas Filipinos (DOFIL), saying it would “institutionalize” the country’s reliance on labor exportation for economic development.

Sentro said migration for economic reasons must only be an option instead of a necessity.

“Working families have the right to enjoy dignified lives together with their loved ones in their own countries,” Sentro’s statement read.

The group added, “In this light, OFWs (overseas Filipino workers), especially those forced to seek out employment abroad in the absence of opportunities at home, are not heroes but victims of an economy that is not responsive to the needs of working families.”

The House of Representatives approved the proposed DOFIL on 3rd and final reading in March 2020, while its counterpart measure is on its last leg of discussions at the Senate labor committee. Its creation is also a priority of President Rodrigo Duterte.

But Sentro said, “No family should be broken up, relationships severed, or friends and relatives separated in the name of economic progress.”

According to Sentro, the creation of DOFIL would only further entrench the outward migration of workers when the government’s priority should be developing opportunities in the country.

“Instead of guaranteeing living wages, secure employment, and dignified lives, our leaders have chosen to let us working people fend for ourselves,” said Sentro.

“Our OFWs and other migrants have been forced to look for better lives abroad given the lack of serious effort by those in power to provide the necessary conditions for security and stability in the Philippines,” the group added.

Why is DOFIL being pushed?

Proponents like Senate labor committee chair Joel Villanueva and Cabinet Secretary Karlo Nograles say the DOFIL would serve as a one-stop shop for concerns of overseas Filipinos. The department would aim to streamline services, lessen bureaucracy, and cut costs.

If OFWs needed assistance, they could go to the DOFIL instead of numerous offices such as the migrant workers affairs office of the foreign affairs department, and the international social services office of the social welfare department. The DOFIL would consolidate these small offices, while still having the Overseas Workers Welfare Administration and Philippine Overseas Employment Administration as attached agencies.

While the labor and foreign affairs departments expressed support for the department’s creation, some senators still question the need and structure for one.

Sentro said it recognizes the needs and issues of OFWs, but noted that the DOFIL was not the proper way to respond to them. Instead, Sentro called for a review of existing government services, policies, and institutional avenues to help distressed migrant Filipinos.

The group also called for “genuine consultation” of migrant workers’ organizations, and a development and economic policy that would lessen the need for migration.

“We aspire for a Philippines where to be an OFW or to migrate is done out of want, not desperate need,” said Sentro.

There are an estimated 2.2 million OFWs as of 2019, according to the Philippine Statistics Authority. – Rappler.com