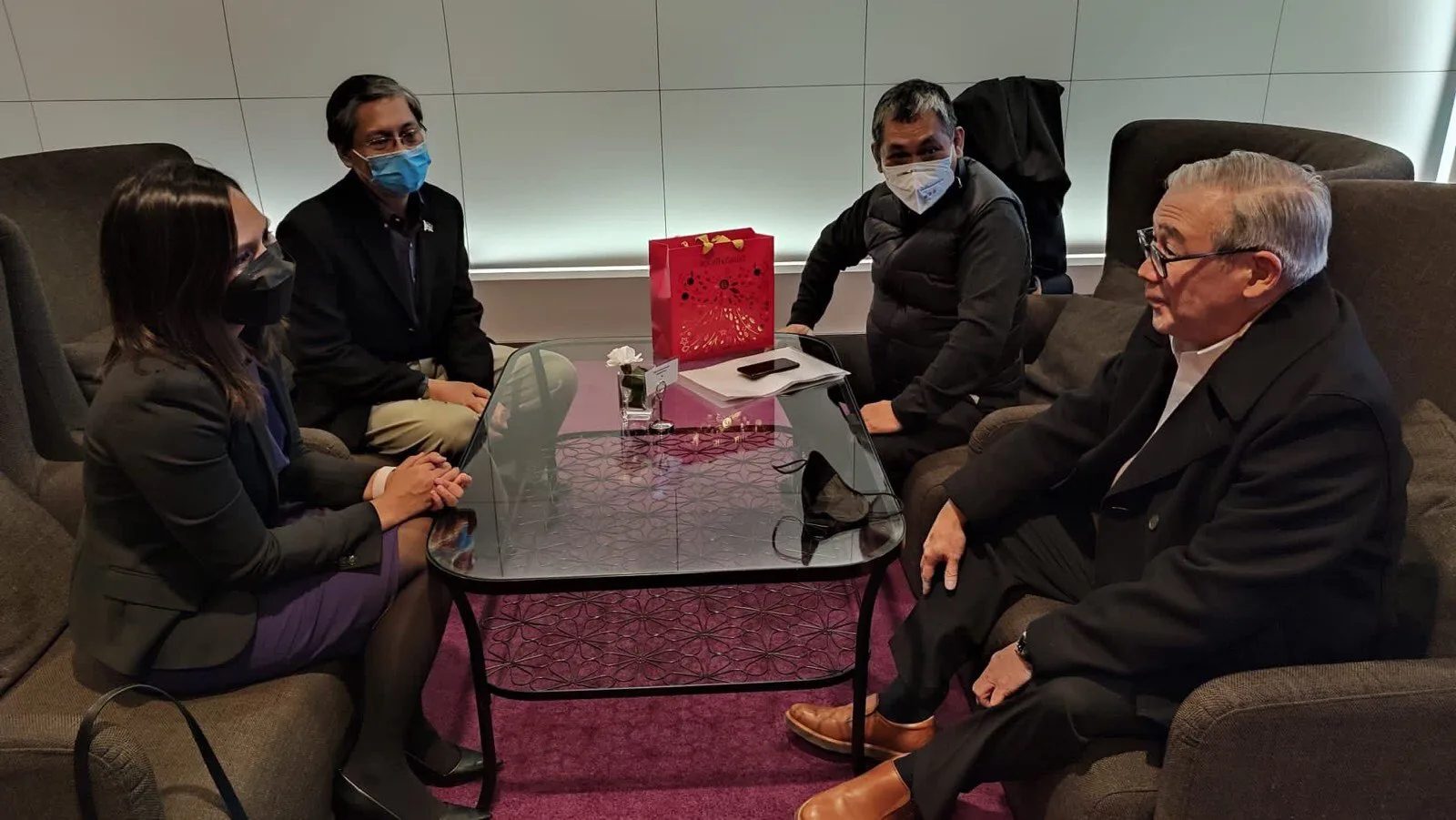 FILIPINOS' SAFETY. Foreign Secretary Teodoro Locsin Jr. receives a briefing of the on-ground situation in Ukraine from staff for the Philippine embassy in Warsaw on Februay 25, 2022.

Locsin announced on Friday, February 25, that he made the decision to fly to Poland, which allowed the visa-free entry of Filipinos fleeing Ukraine. Poland, which neighbors Ukraine to its West, has seen thousands cross its border since Russia invaded Ukraine on Thursday, February 24.

“Deeply grateful to Poland. We’ll never forget this,” he said.

On Saturday, February 26, Locsin said he was on his way to Poland’s border with Ukraine to meet with Filipinos who wanted to return home. He earlier landed in Poland shortly before 5 pm on Friday, and received a briefing on the on-ground situation in Ukraine from staff for the Philippine embassy in Warsaw.

The Philippine embassy in Warsaw, Poland, which oversees the situation of Filipinos in Ukraine, had earlier sent a consular team to Lviv, a western Ukrainian town close to Poland’s border, to establish an emergency contact base.

Since then, more than 40 Filipinos were evacuated from Ukraine’s capital Kyiv to the western city of Lviv. More were expected in the coming days, the Department of Foreign Affairs (DFA) said.

An estimated 181 Filipinos were living in Ukraine, mostly in Kyiv. While fighting has continued, the DFA said some Filipinos were opting to stay in Ukraine because of the need to provide for their families in the Philippines.

Before traveling to Poland, Locsin was in Paris, France, earlier last week, for the European Union Ministerial Forum for Cooperation in the Indo-Pacific. The DFA earlier advised Filipinos in Ukraine who need repatriation assistance to contact the Philippine embassy in Warsaw through the following: