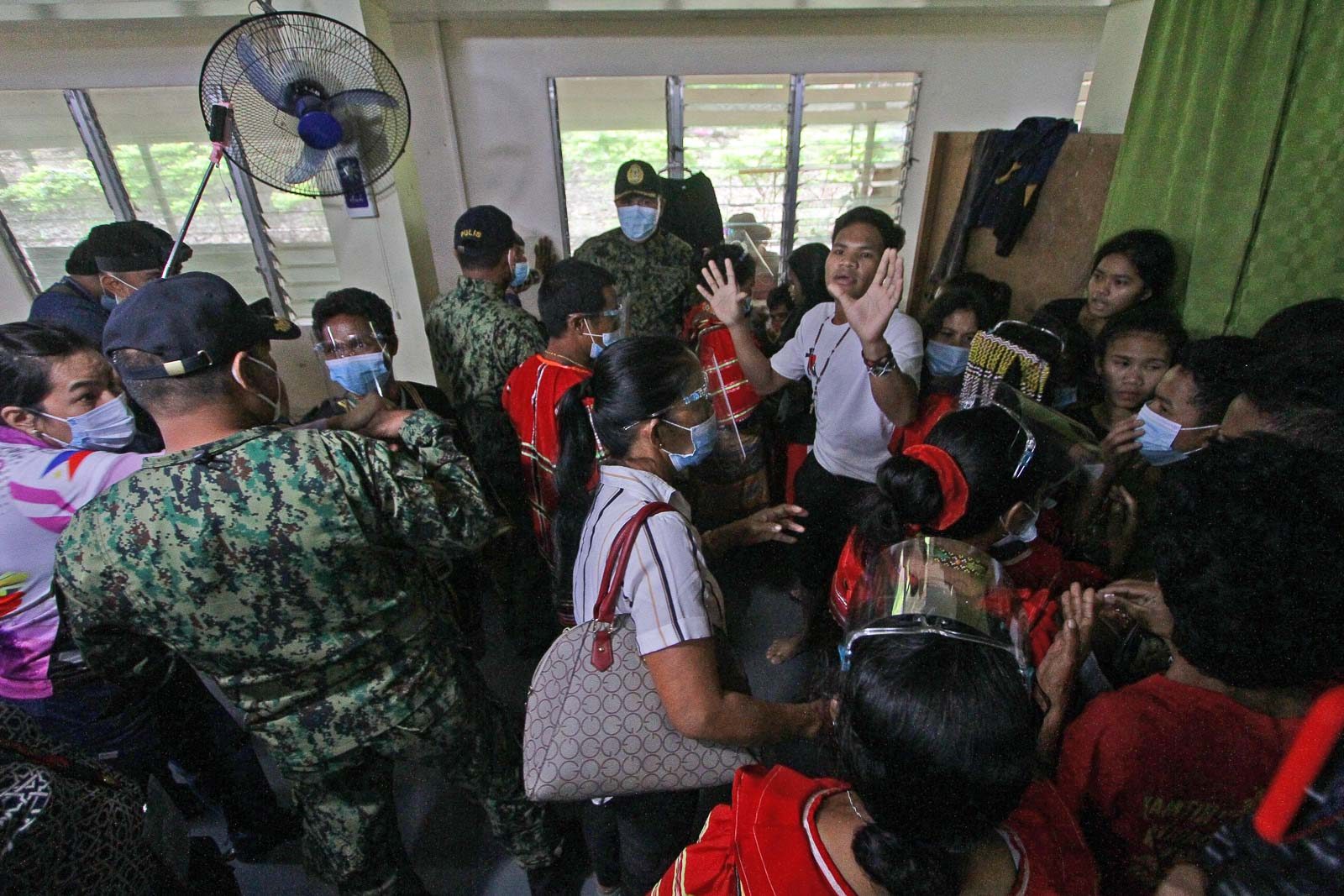 Central Visayas Police entered the University of San Carlos-Talamban Campus (USC), and took at least 26 Lumad students and teachers into their custody on Monday, February 15, 2021.

Lumad children insist their parents were coerced by police to travel to Cebu.

In a video released by Save Our Schools Network, some of the 19 detained minors told National Union of Peoples’ Lawyers – Cebu spokesperson King Anthony Perez that police had been frequenting their communities, and threatening parents to retrieve their children from a bakwit school in Cebu.

(Our parents were forced to come here [to Cebu], Sir… if they don’t come to Cebu, something might happen to them.)

(They [the parents] were told to get their children in Cebu. So what Tatay said, Sir, police kept returning to our community.)

The minors were extracted from the University of San Carlos – Talamban campus in what police called a “rescue” operation on February 15, against the training of “child warriors”.

The operation was allegedly upon the request of parents to reunite with their children after over a year of being apart. According to SOS Network, only 6 of the 19 students’ parents were present in the operation along with the police and social service workers.

In another video sent to media by SOS Network, students claimed police twisted their statements in a press conference held on Friday, February 19, with Philippine National Police chief Debold Sinas.

(After that… my fellow students spoke out. They twisted [what we said]. After that, I was reprimanded by one police officer. He pointed at me and said he’d remember my face.

Rappler tried to get a comment from the Central Visayas Regional Intelligence Division but has not received a reply as of posting.

Rappler also reached out to the Philippine National Police’s public information office in Camp Crame but did not get a response.

Thirteen of the 19 students have gone back to Davao del Norte. Only 6 were accompanied by their parents on trip back to Davao region.

Seven of the students who returned to Davao were not accompanied by their parents. These parents reportedly sought legal assistance from the Children’s Legal Bureau. – Rappler.com