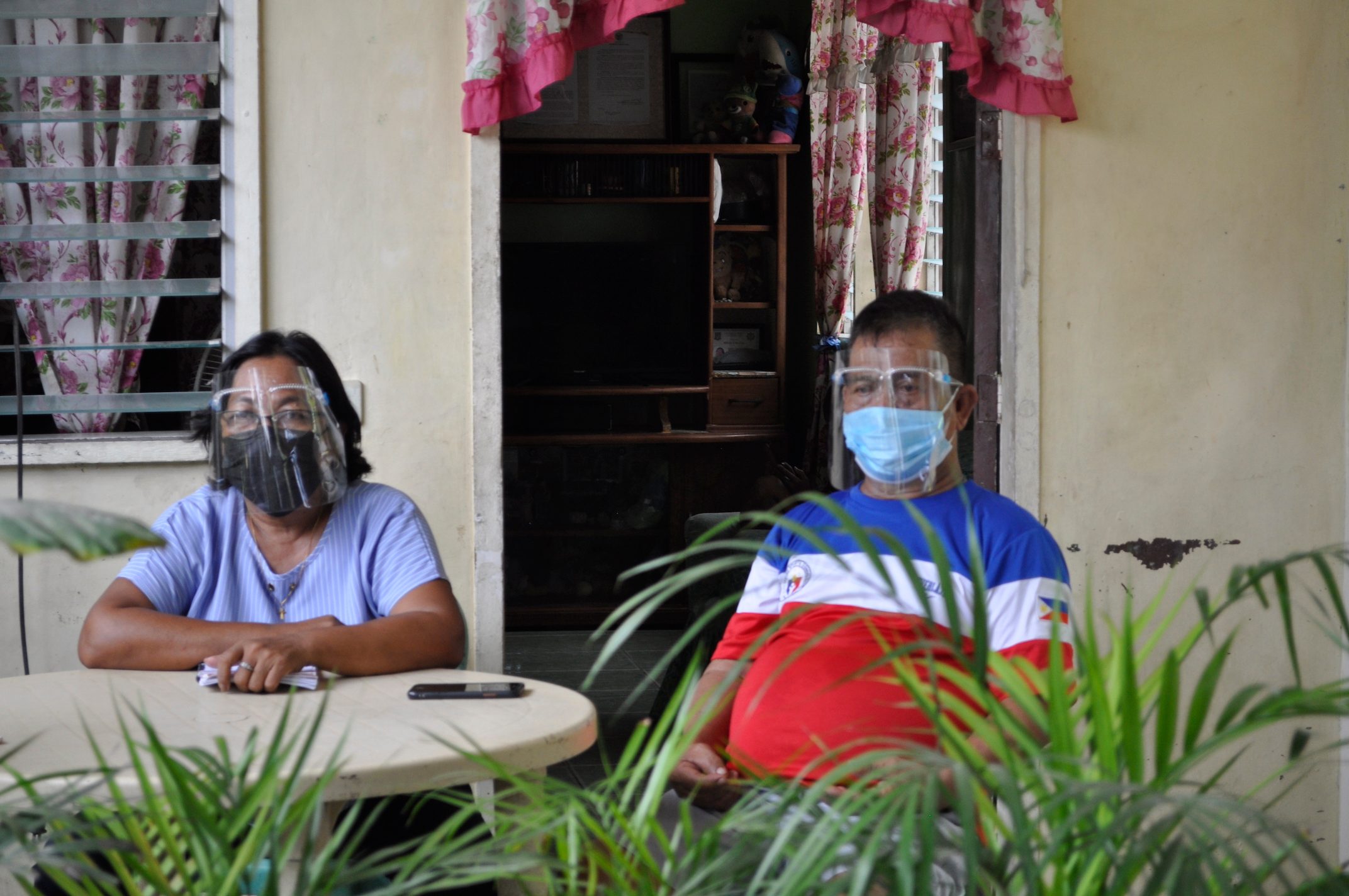 WORRIED. Hidilyn Diaz's parents Emelita and Eduardo Sr. express worry for their family's and their daughter Hidilyn's security because of a 2019 matrix of supposed destabilization plotters.

Hidilyn Diaz‘s mother Emelita barely slept the night right after her daughter bagged the gold medal in the 2020 Tokyo Olympics because of mixed feelings of joy and anxiety.

Emelita said on Tuesday, July 27, that she was overjoyed but worried at the same time that her daughter’s new sports celebrity status would come at a price – that she would find herself in some destabilization plot matrix again just like in 2019.

Dried-eyed the morning after, Emelita spoke of her concerns that with her daughter’s rising popularity, she might be mistakenly accused again of conspiring against the Duterte administration.

In 2019, presidential legal adviser and then-presidential spokesman Salvador Panelo released a diagram that showed Diaz as among those supposedly plotting against President. 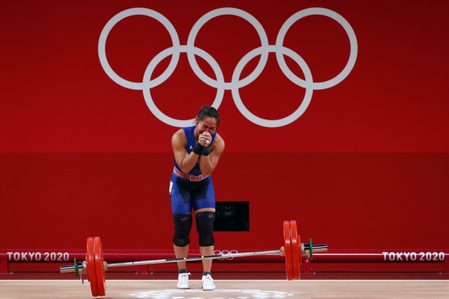 Panelo has denied linking Diaz to the supposed destabilization plot, and presidential spokesman Harry Roque said neither he nor his office had anything to do with the matrix.

(Hidie is a soldier. Her loyalty is to the country. Never will she be part of the matrix).”

The 30-year-old Diaz holds the rank of airwoman sergeant.

(Think of this: even my husband was already spoken of as someone with links to the Magdalo group just because he wore what was designed like a Magdalo t-shirt.)

Her husband, Eduardo Sr., never wore that t-shirt again as a result. When they faced reporters on Tuesday, he wore a shirt that bore the logo of the Philippine Sports Commission (PSC).

Emelita said several military officers vouched for her daughter then. Despite Panelo’s denials, she said their wounds have not yet healed, not even with the windfall resulting from Diaz’s Olympics victory.

Eduardo and Emelita said they valued their reputation, and their daughter’s good name was more important to them.

Emelita said Hidilyn called up from Tokyo on Monday night while the entire family celebrated her big win.

(When we saw that she won, we were very happy. We were jumping and crying in joy. We gave thanks to God. We prayed first.)

It was a brief call, Emelita said, but enough for her and her husband to tell their daughter how she did her family and country proud.

She said Hidilyn ended the call with these words: “Durmi ya yo. Cansao ya yo (I’ll sleep now. I’m very tired).” – Rappler.com