No mention of COVID-19 response roadmap in Duterte’s SONA 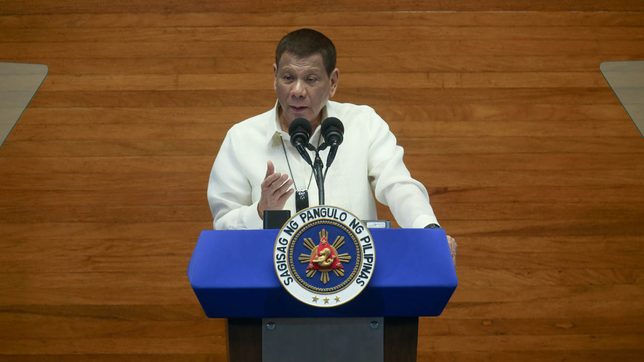 Facebook Twitter Copy URL
Copied
Aside from the roadmap, the President also fails to tackle Charter Change and the widely unpopular Anti-Terror Act

As the country grapples with the coronavirus pandemic, President Rodrigo Duterte failed to mention the government’s roadmap to fight the virus in his fifth State of the Nation Address (SONA) on Monday, July 27.

Many expected that Duterte would focus on the government’s pandemic response as the number of cases continue to rise in the country. On Monday alone, the country reported 1,657 new cases, bringing the total to 82,040.

Four hours before the President’s address, Health Spokesperson Maria Rosario Vergeire herself said in a virtual press briefing that they were expecting to hear the government’s plans to address the pandemic during the SONA.

“We are expecting that the President would mention our COVID-19 response, specifically ‘yung mga kailangan pa nating gawin (what still needs to be done) in the coming days, weeks, and months,” Vergeire said.

But Vergeire and millions of other Filipinos who were tuned in to the SONA failed to hear any concrete plans from the President.

Duterte started his address by identifying the current problem of the country – the coronavirus pandemic.

He said that Filipinos should not despair because the vaccine is “around the corner.” Duterte then thanked the medical frontliners who are risking their lives to treat COVID-19 patients.

While he mentioned measures to improve the country’s healthcare system in the long term, Duterte failed to discuss the government’s concrete plans to address the current pandemic situation. (READ: What now? Netizens confused, disappointed after Duterte’s 5th SONA) “I was expecting a roadmap to get us out of this greatest unprecedented public health crisis since World War II and also, of course, economic crisis. Yet, he addressed tangential issues and the usual,” Rappler editor-at-large Marites Vitug said in a post-SONA panel on Monday.

In the middle of his address, Duterte said that he pleaded with Chinese President Xi Jinping to prioritize the Philippines when providing an effective vaccine that would cure COVID-19.

But for former national task force adviser Tony Leachon, this will not be easy. (READ: Leachon says PH ‘missed opportunity’ to curb COVID-19 spread in March)

Leachon, who said he is “well-versed” with vaccines, explained that it will take at least a year before a COVID-19 vaccine becomes available in the market.

“The Pfizer vaccine will come end of this quarter, perhaps by December. It’s on Phase 3, meaning to say you have to apply for US FDA (Food and Drug Administration) for facilitated approval. I’m sure it will get facilitated approval in a month because it’s a global need,” Leachon said.

Leachon explained further: “The problem here, based on the timelines in the Philippines if business as usual, 6 months after US FDA, it will be July 2021. But if stretched and if you have a philanthropist like Bill Gates, first quarter of next year – that’s being optimistic.”

According to Leachon, the President seemed unaware of the real timeline of vaccine development. (READ: Searching for a coronavirus vaccine: What PH clinical trials will look like)

“I am not sure if the President has been briefed by the secretary of health or anyone about the vaccine development. It’s easy if he will ask,” Leachon said in a mix of English and Filipino. 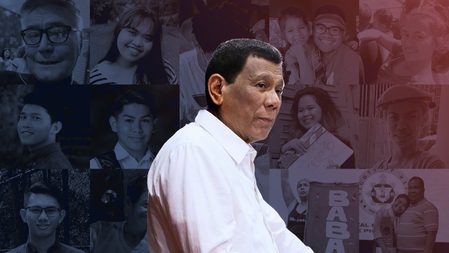 Leachon said that he also expected the President to discuss the country’s current pandemic situation.

“What is your plan? If not effective – apparently not, because the cases are still here – the next question is, where do you want to go from here? Then how do you get there? Unveil a new COVID-19 recovery plan of health together with economy, focus on this, and then promise the IATF next week that it will submit to nation a detailed report,” Leachon said in a mix of English and Filipino.

No mention of Cha-Cha, Anti-Terror Act

Aside from the COVID-19 roadmap, Duterte also did not mention the widely unpopular Anti-Terror Act, which activists and legal luminaries said was unconstitutional and would embolden the government to clamp down on dissent. (READ: Beware of that two-faced clause in the anti-terror law)

On the day of Duterte’s SONA itself, cops had arrested at least 5 jeepney drivers on the way to protests, and confiscated a number of protest materials across Metro Manila.

The Chief Executive likewise did not mention Charter Change during his SONA. Malacañang had earlier said pushing for it was not a priority of the administration during the pandemic. (READ: ‘Dead before it start’’: Senators oppose charter change)

The Philippines is nearing the 85,000 cases that University of the Philippines researchers earlier projected the country would reach by July 31. – with reports from Sofia Tomacruz/Rappler.com