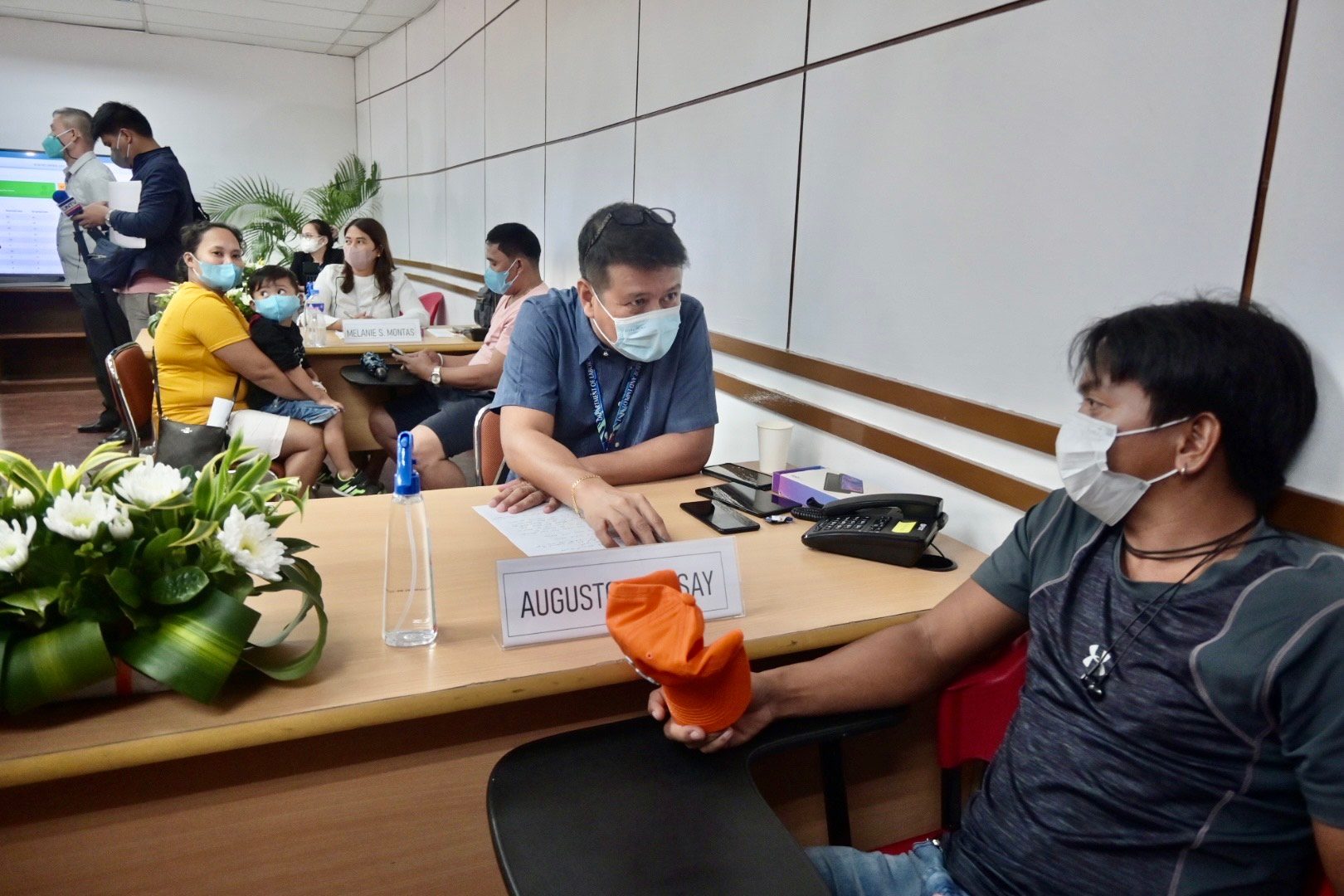 REPATRIATION CENTER. A press conference and tour was done at the launch of the One Reparation Command Center at the BFO Building of the Department of Migrant Workers in Ortigas on July 20, 2022.

MANILA, Philippines – The Department of Migrant Workers (DMW) on Wednesday, July 20, launched its One Repatriation Command Center (ORCC) for distressed overseas Filipino workers (OFWs) to have a one-stop center keeping track of their cases until they are able to come home to the Philippines.

The ORCC is located at the 2nd floor of the office of DMW, which now occupies the Philippine Overseas Employment Administration (POEA) building along EDSA. Families of distressed OFWs may come to the command center to report their concerns about their loved ones abroad.

Concerns may range from sexual abuse and modern-day slavery, to requests for assistance to bring remains of OFWs who died abroad to be brought back to the Philippines.

“[The ORCC] signifies the Marcos administration’s desire to put at the center of our bureaucratic universe the rights and welfare of every OFW – the right to come home, be reunited with the family at every instance when calamity strikes, when a war breaks out, when rights are violated, [and] when human dignity is diminished,” said Ople.

Ople added that the ORCC “will work as a unified mechanism, and also as a physical manifestation of the department’s priority agenda, which is to help distressed OFWs.”

POEA Administrator Bernard Olalia said that the ORCC’s creation was also to “avoid confusion among OFWs,” since OFWs needed to coordinate with the labor, foreign affairs, and social welfare departments for their concerns before the DMW was created.

Philippine Overseas Labor Offices, which were previously under the labor department and have since been turned over to the DMW, are not present in all countries where there are OFWs. According to Ople, there are only 40 POLOs worldwide, and so the DMW will work with the Department of Foreign Affairs in coordinating with distressed OFWs where there are no labor attachés.

Reports will be encoded and documented in the ORCC’s database, so whenever an OFW’s family requests for updates, the DMW should be ready to provide them. Case officers will also validate legitimacy of reports.

The department claimed it would stay with cases until the OFWs are brought home to their families, and even if they need further reintegration assistance.

Since the onset of the COVID-19 pandemic in 2020, more than 2.3 million OFWs returned to the Philippines, according to the country’s coronavirus task force. At least 7,188 deceased overseas Filipinos have been brought home during that period.

The most common reasons for OFWs’ repatriation, according to the POEA and the Overseas Workers Welfare Administration (OWWA), included being locked up, contract violations or finished contracts, and various forms of abuse.

Distressed OFWs and their families may contact the DMW’s ORCC through these channels:

At Home sa Abroad: What OFWs expect from new Department of Migrant Workers