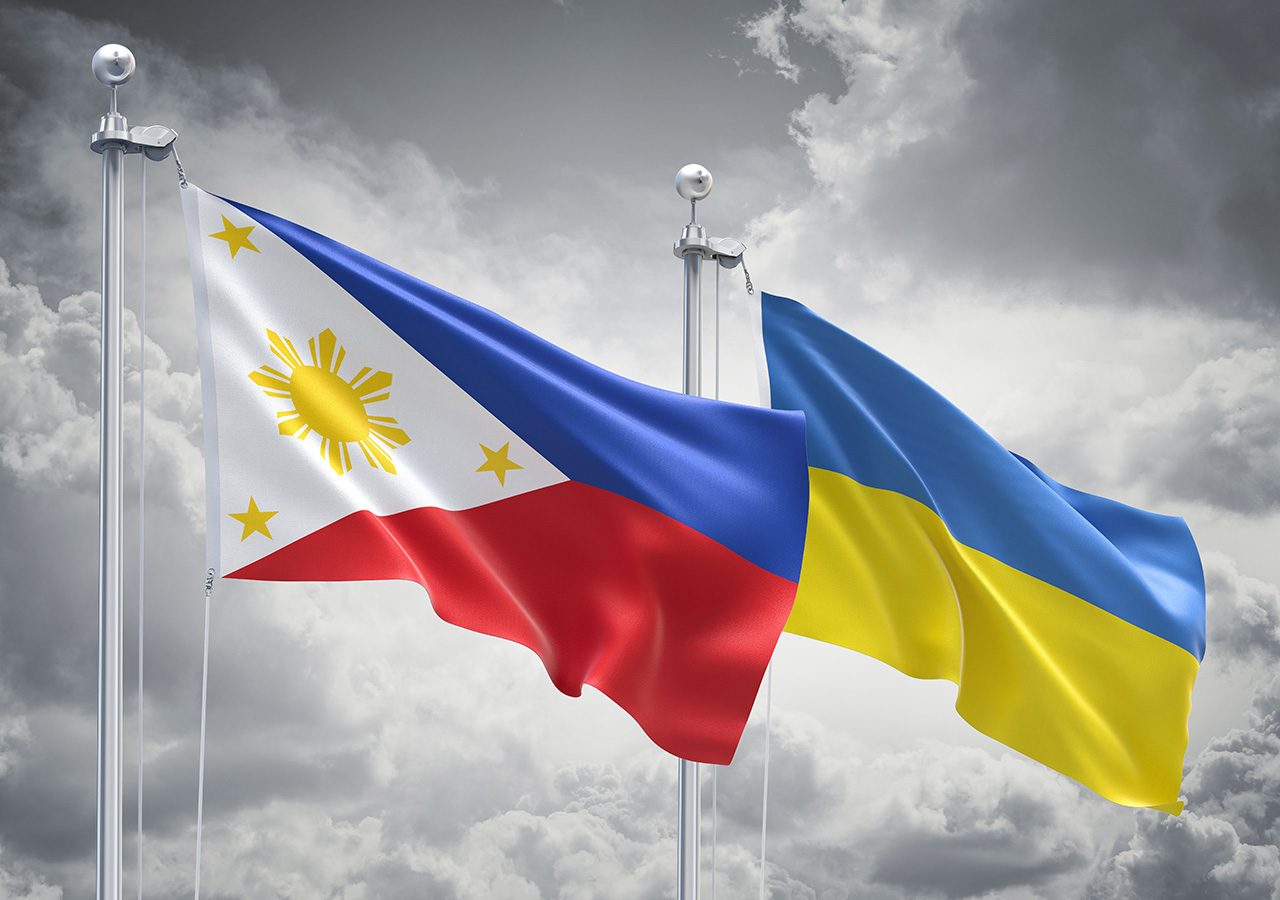 Facebook Twitter Copy URL
Copied
Ukraine’s head diplomat in Malaysia tells the media that efforts to reach out to President Ferdinand Marcos Jr. has not gotten any response

MANILA, Philippines – If you want to talk, let’s do it the right way.

A Philippine diplomat on Thursday, January 12, said it was “not good diplomatic practice” for a Ukrainian foreign relations officials to broadcast via the media his country’s apparent efforts to communicate with President Ferdinand Marcos, Jr. – efforts that have, thus far, apparently not gotten any response.

Department of Foreign Affairs (DFA) Undersecretary Carlos Sorreta, speaking before Malacañang reporters, was responding to comments from Denys Mykhailiuk, charges d’ affaires of Ukraine’s embassy in Malaysia, about his country’s efforts to dialogue with Marcos.

Malacañang had supposedly not responded to the request, which was first made in June 2022 and has been made repeatedly – twice a month, according to Mykhailiuk – since.

Sorreta is the DFA’s undersecretary for multilateral affairs and international economic relations. Before his current post, he was the Philippines’ envoy to Russia, and, before that, assistant secretary for American affairs.

Mykhailiuk, speaking to Philippine media in an online press conference on January 11, said the besieged Ukraine was “hoping that the intensification of the bilateral dialogue will be fruitful for our relations.”

“Ukraine is a country we have a good relationship with, but when matters like these are vented by representatives of another government through the press, it’s not something that we appreciate,” said Sorreta, whose briefing was primarily for Marcos’ upcoming trip to Switzerland to attend the World Economic Forum.

Sorreta added: “If he wants this to happen, we have to discuss it. These things are arranged, talking points are discussed in the pre-discussion. It’s not good diplomatic practice to be doing it that way he did it. I think I’ll leave it at that.”

In a release to the media, the DFA said the two countries had been engaging regularly, citing DFA Secretary Enrique Manalo’s meeting with Ukrainian Foreign Minister Dmytro Kuleba on the sidelines of the Association of Southeast Asian Nations (ASEAN) summit in Cambodia last November.

During that ASEAN summit, Ukraine formalized its accession to the Treaty of Amity and Cooperation, the start of its formal ties with the Asian bloc.

The DFA also highlighted the Joint Statement of ASEAN and European Union leaders issued in Belgium in December 2022, in which the two bloc expressed support for Ukraine as it continues to be besieged by Russia.

Russia invaded Ukraine in February 2022. World powers – from the United States to the European Union – have poured billions in resources to aide the Ukrainian effort. – Rappler.com