SKIPPING COP. Yeb Saño and Lidy Nacpil will not be physically attending COP26 in Glasgow.

At least two activists who have lent their powerful voices to pushing for climate justice for the Philippines and other vulnerable Asian nations won’t be physically attending the United Nations climate summit in Glasgow.

Yeb Saño, executive director of Greenpeace Southeast Asia; and Lidy Nacpil, coordinator of the Asian Peoples’ Movement on Debt and Development are skipping the conference because of pandemic restrictions and uneven access to COVID-19 vaccines.

“COP26 is going to be held under the shadow of severe lack of representation from the global South,” Saño told Rappler on Monday, October 25.

The Glasgow meet is formally known as the 26th Conference of Parties (COP) to the United Nations Framework Convention on Climate Change – COP26 for short. It will take place from October 31 to November 12.

“For the first time in 15 years, we are not bringing a delegation to COP,” Nacpil told Rappler on Wednesday, October 27.

Saño is best remembered for his time as Philippine climate commissioner when he made emotional speeches and launched hunger strikes at COPs to bring attention to devastations wrought by global warming on poor countries.

In 2015, after resigning from the government, Saño led a People’s Pilgrimage for climate justice, walking from Rome to Paris, where the historic COP21 was to be held. He then joined Greenpeace to head its Southeast Asia division.

Nacpil, meanwhile, is a longtime climate activist leading the Philippine Freedom from Debt Coalition. She was among the Filipino women honored by Irish band U2 in their 2019 Manila concert. Nacpil is the widow of the slain student leader and political activist Lean Alejandro.

None of Saño’s Greenpeace team will be attending the high-stakes COP26. He expects this year’s gathering to be “the least inclusive COP.”

He is one of many activists who have called for COP26’s postponement until vaccines reach most of the populations of developing countries.

In early September, the Climate Action Network, a network of civil society groups from 130 countries, said an inclusive COP is “impossible” given the failure to provide vaccine access to poor countries, the higher costs of travel and accommodation brought about by pandemic restrictions, and the possibility of new surges.

For Saño, fear of COVID-19 is real. He himself contracted the virus recently and spent four weeks on oxygen support. Saño still suffers from chest pains and doesn’t think he is fit for travel.

He is fully vaccinated but many on his team are yet to receive their second dose.

Saño blames developed nations for hoarding vaccines and partly the Philippine government for its lower vaccination rate compared to other Southeast Asian countries. 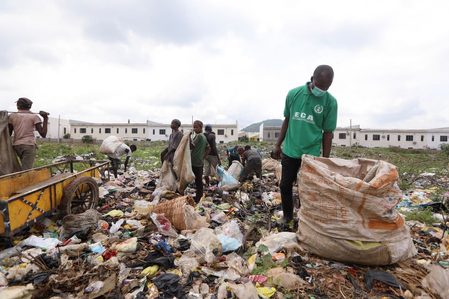 But he also thinks the way the UK government organized the global summit has contributed to the non-attendance of many activists and even government delegates from developing countries.

Some factors Saño cited was the UK’s decision to hold the COP in Glasgow in Scotland instead of the more accessible London, the “late” decision to allow unvaccinated participants and take out many countries from its red list.

The move to take out countries like the Philippines from the red list means their delegates don’t need to quarantine for five days to 10 days in hotel upon arrival, a huge relief on expenses. But for many activists, the decision came too late, on October 9 or three weeks before the start of the conference.

Nacpil’s team also wanted to take up the UK government offer of vaccinations for participants but they gave up on what she described as a “very complicated and challenging” process.

“The process was too slow. By the time the unvaccinated among us would get the full two doses, there would not be much time left for visa processing. Visa processing at the UK embassy was suspended for a while, then when the process was opened up, it would be a very tight turnaround,” she said.

Apart from that, accommodation promised to be expensive since COVID-19 protocols meant room-sharing would be risky. Three weeks ago, they finally decided not to go.

To make up for their absence, Nacpil and her team are intensifying their campaigns for climate justice and reparations for loss and damage from their home countries.

“Our partners in the UK and others who will be in Glasgow are also helping make sure the voices of Southern movements are heard,” she said.

If he could go to COP26, Saño would be pushing for climate justice, following negotiations on the much-debated provision in the Paris climate agreement about carbon offsetting, and monitoring talks on climate finance.

If not for the pandemic, Saño had also been planning to lead a pilgrimage march from Paris, where the historic 2015 climate deal was forged, to Glasgow.

Other Filipino COP veterans are skipping COP26 over COVID-19 fears.

Tony La Viña, executive director of Manila Observatory, who has attended 20 out of all 26 COPs, said he won’t be going to Glasgow because of his age and comorbidities. MO, however, will be sending a small team.

Civil society groups like Aksyon Klima, Living Laudato Si’, and Institute for Climate and Sustainable Cities will be sending representatives to the COP. – Rappler.com