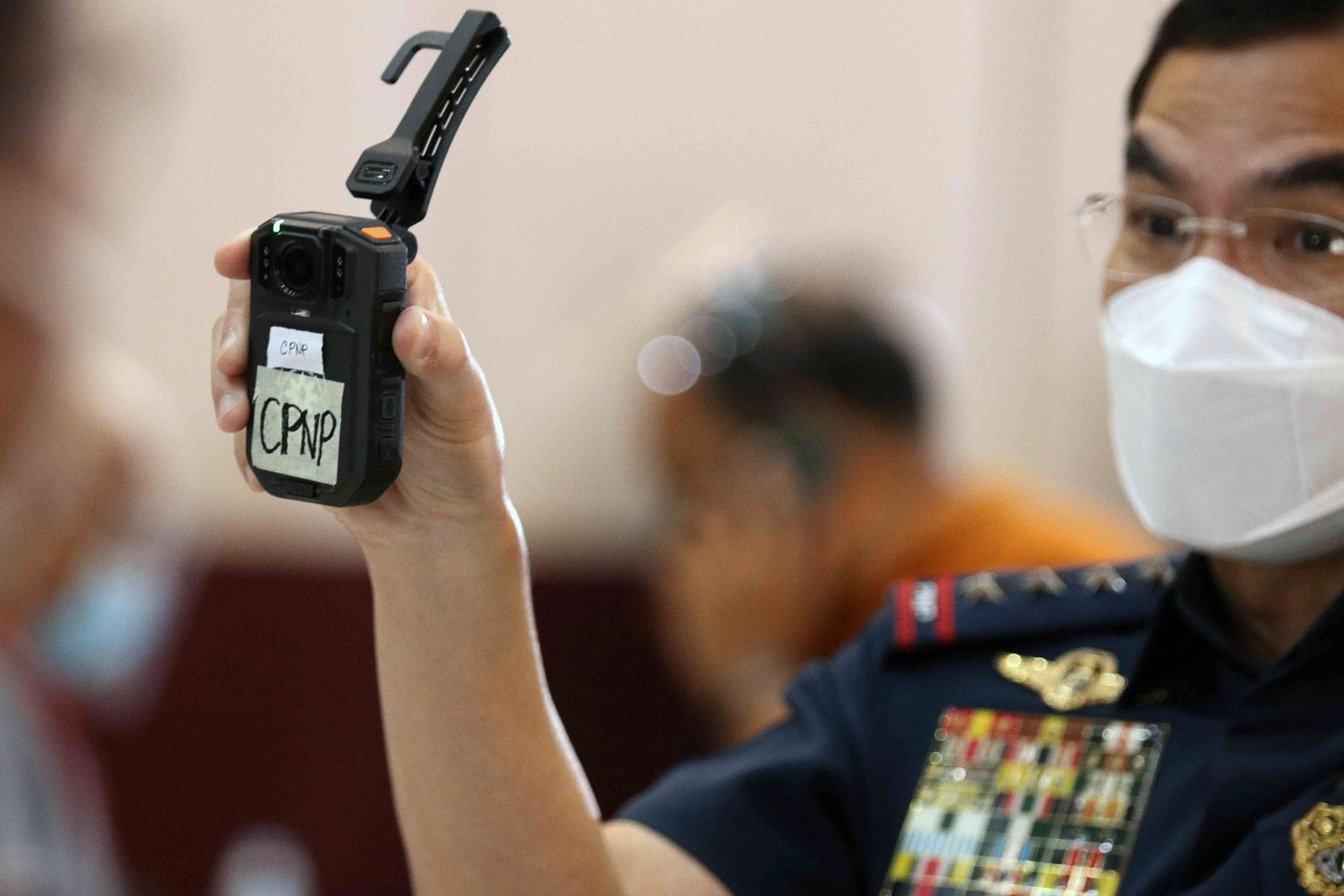 BODY CAM. PNP Chief General Guillermo Eleazar shows the new Body Worn Camera System, (BWCS). during its launching in Camp Crame, on Friday, June 4 2021. The new body camera will be given to police stations all over the country. According to Eleazar, the body cams will help ensure the legitimacy of police operations for the benefit of the citizens and the police force as well.

Facebook Twitter Copy URL
Copied
(1st UPDATE) So far, 600 cops have been trained to use the gadgets

The Philippine National Police (PNP) finally deployed its body-worn cameras on Friday, June 4, four years after it promised to use the gadgets to help make police operations more transparent.

At a press conference on Friday, PNP Chief Police General Guillermo Eleazar said that 600 cops, so far, have been trained to use the gadgets.

He said that of the 2,696 body cameras in their inventory, an initial four units have livestreaming capability. The top cop said that initially, 171 police units will receive body camerais. 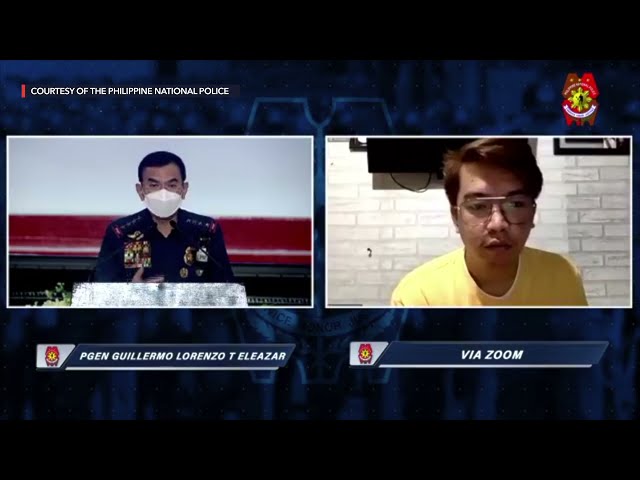 The cameras can work up to eight hours, with three-hour charging time. Each time a cop goes off duty, the cameras will be surrendered back to the command center.

The PNP chief said the body cameras will serve as protection for both the citizens and the police.

Seven days prior, on May 24, a cop also shot an 18-year-old man with special needs after the victim was allegedly arrested by the cop and scuffled in a gunfight thereafter.

The use of body-worn cameras was first recommended after the death of Kian Delos Santos in 2017, who was shot and killed in a dark alley by three policemen for his alleged involvement in illegal drugs. The police said Delos Santos fought back, but CCTV footage showed that he was manhandled, told to run, and shot at.

Each police unit will have a dedicated command center to monitor the cameras and to serve as docking stations, where the files will be saved. The cameras can store data up to 60 days, according to the police chief. 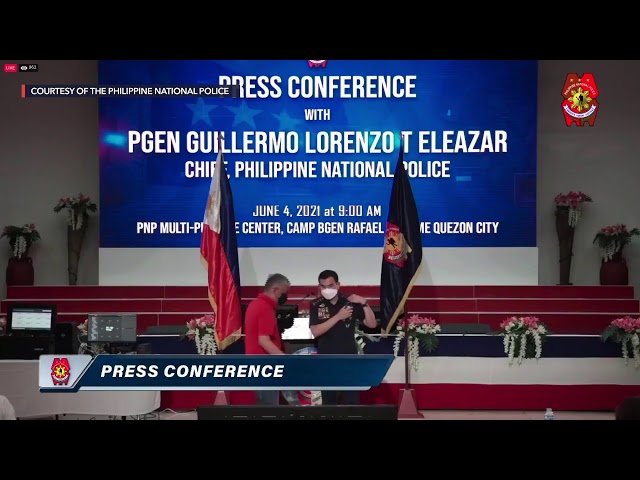 The cops cannot turn off the cameras while on duty, because it will be detected by the command center, according to Eleazar. The police chief added that cops found to have mishandled the cameras will be sanctioned.

The cameras will primarily be used in anti-drug operations, the service of warrants, and other security operations. However, for the first rollout, the PNP said they will prioritize the police stations and not the PNP special units. The special units mostly conduct the police’s special operations.

For example, in the case of arrested activists, most of them were arrested by the Criminal Investigation and Detection Group (CIDG) of the PNP, and not by regular police stations or units.

But the PNP still has no clear guidelines on the use of the cameras. Eleazar said they just forwarded the draft on June 2 to the Supreme Court for review.

In March, the Supreme Court en banc said it was considering requiring cops to wear body cameras when serving warrants to address the growing issue of alleged abuse during operations.

As early as October 2020, PNP said they will start rolling out the body cams to around 2,600 cops in Metro Manila. The procurement of the cameras was first delayed in 2017 because the PNP said there was no budget allocated for the program.

It was once again delayed in 2018 after a disqualified bidder said that 3 policemen allegedly asked him P5 million (around $104,000) so he could get the deal. – With reports from Rambo Talabong and Lian Buan/Rappler.com