Police arrested on Friday, July 30, a key officer of the Daulah Islamiyah-Abu Sayyaf (ASG) who had infiltrated the Philippine National Police (PNP) in Sulu.

Eleazar said Patarasa had been working as a non-uniformed personnel of the Banguingui Police Station under the Sulu Provincial Police Office since 2015, and had been in contact with other ASG members during this time.

Janjalani was killed in an encounter with government troops in 2006. Patarasa subsequently transferred to Sulu province where he joined the group of Abu Sayyaf leader Radulan Sahiron. 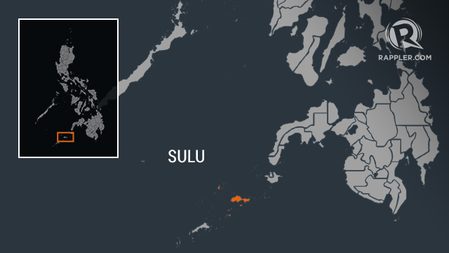 Regional intelligence police officials were unable to explain how Patarasa was able to join the PNP.

Patarasa was even included in Martial Law Arrest Order No. 1, which was issued during the 2017 Marawi siege. Even at that time, he was already charged with seven counts of kidnapping and serious illegal detention.

Eleazar added that Patarasa was specifically a finance and logistics officer of the Daulah Islamiyah-ASG, and had planned to send funds to an ASG leader hiding in Marawi City in 2017.

Eleazar blamed Patarasa’s entry into the PNP on “palakasan” (kowtowing) or the “padrino system” in the police force.

(It’s still possible [for a criminal] to slip into the PNP, so we need to be more discerning. That’s why we’re reiterating that police personnel shouldn’t be able to get in because of the padrino system.) – Rappler.com