Armed with a warrant of arrest issued by the Municipal Circuit Trial Court of Tubay-Santiago, the cops detained Rosanilla “Lai” Consad on Wednesday, March 17, on charges of attempted homicide.

Shortly after Consad’s arrest, PNP Caraga red-tagged her in a Facebook post and said that she was an urban party committee member of the Communist Party of the Philippines-New People’s Army-National Democratic Front Northeastern Committee.

Consad is the current secretary general of the Alliance of Concerned Teachers in Caraga, an affiliate of the ACT Teachers party-list group. The party-list group is a legal organization that represents and advocates for the welfare of teachers and other education workers in Congress. Its affiliates and unions were duly accredited by the Department of Labor and Employment and the Civil Service Commission.

According to the ACT Teachers, Consad was a victim of repeated red-tagging and threats of the security forces even prior to her arrest.

PNP Caraga further defended Consad’s arrest through her participation in protests and demonstrations.

“She is also a member of General Assembly Binding Women for Reforms, Integrity, Equality, Leadership, and Action (GABRIELA) and participated during protest actions in Butuan City on September 20, 2019, during the 47th Martial Law Commemoration, and on May 1, 2019, during the celebration of Labor Day,” PNP Caraga said in a statement.

Gabriela is also a legal party-list organization that advocates for the welfare of women.

Both ACT Teachers and Gabriela are duly-elected party-list groups in the House of Representatives.

Recently, the National Task Force to End Local Communist Armed Conflict (NTF-ELCAC), the main machinery appointed by the Duterte Administration to drive out the communist insurgency, pushed for the disqualification of these party-list groups which earned their seats in Congress through elections.

Meanwhile, the constitution acknowledges protests and redress against the government as part of basic human rights as what the Article 3, Section 4 says: “No law shall be passed abridging the freedom of speech, of expression, or of the press, or the right of the people peaceably to assemble and petition the government for redress of grievances.”

In a memorandum circular dated March 10, the Department of the Interior and Local Government ordered all regional directors of the agency to profile all government employees who are members of the progressive groups Alliance of Concerned Teachers (ACT) and the Confederation for Unity, Recognition, and Advancement of Government Employees (COURAGE).

Philippine National Police spokesperson Brigadier General Ildebrandi Usana said in a text message that Consad’s arrest had no connection with the DILG’s memorandum. 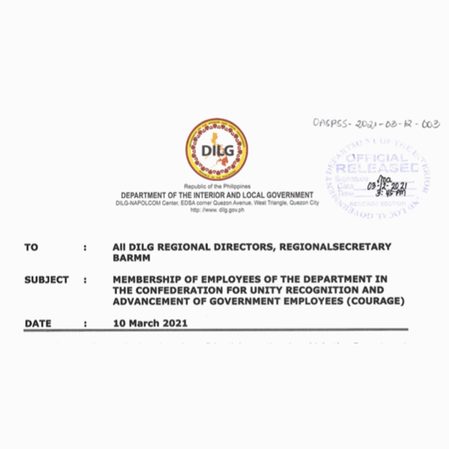 “Wala po. Lately lang ‘yung sa DILG. (It has no connection. DILG’s memo is just recently released.) Let us be conscious of the fact that anyone can be charged if they violated any law of the land, regardless of their association or affiliation,” Usana said.

Representative France Castro of the ACT Teachers , however, linked Consad’s arrest to the memo and said it was one of the real threats of red-tagging to organizations like them.

“These are the real threats of red-tagging to the safety, security and freedoms of activists, human rights defenders and union leaders that have been vocal about the failure of the Duterte administration in addressing the perennial crisis of the country’s health system, education system and economy,” Catro said in a Facebook post. – Rappler.com 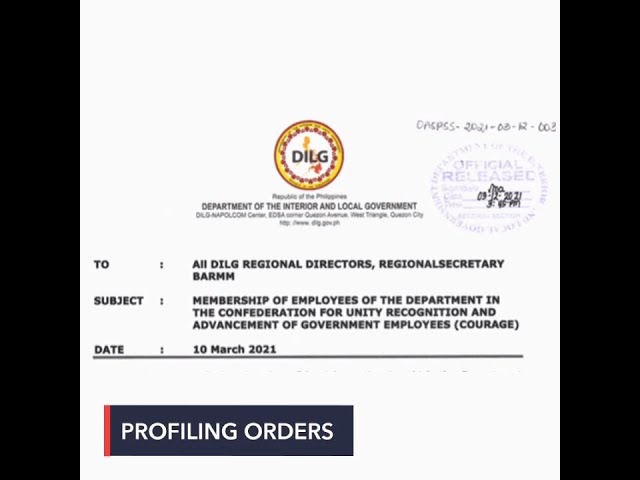