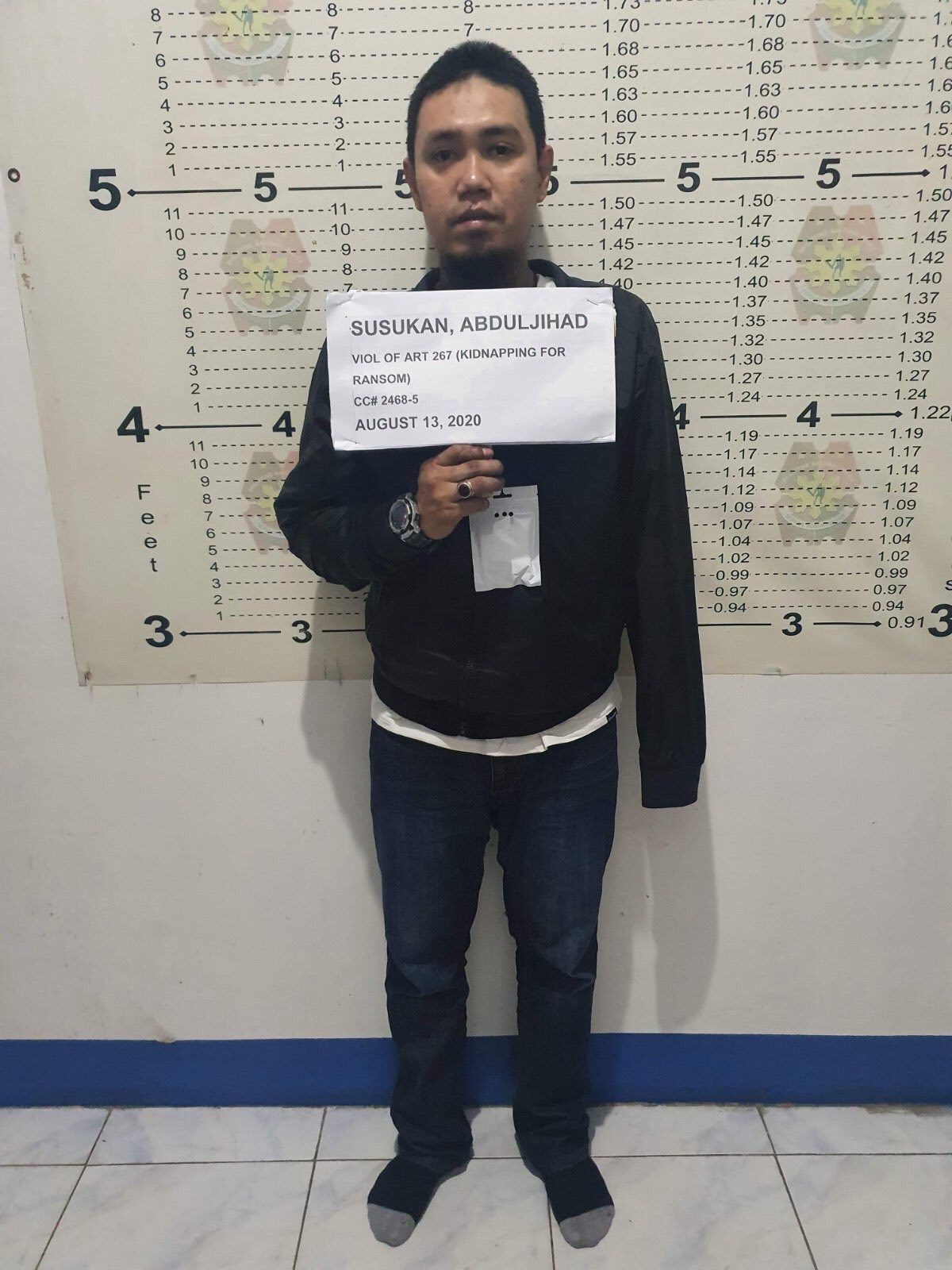 In a press statement, the PNP said Susukan was surrendered to the PNP by Moro National Liberation Front (MNLF) chairman Nur Misuari in Davao City on the same day.

Susukan has a total of 34 warrants of arrest against him for killings and kidnappings in southern Philippines and northern Malaysia. (READ: 5 gov’t troops killed in clash with Abu Sayyaf in Sulu)

Citing intelligence sources, The Star reported that Susukan has been able to move freely after surrendering to Misuari in April 2020.

According to the PNP, Susukan was recently brought to Davao City for “medical attention.” When the local police found out, they initiated the negotiation with Misuari.

The warrants of arrest included 23 cases for murder, 5 for kidnapping and serious illegal detention, and 6 for frustrated murder.

Susukan will undergo a medical checkup at the Camp Quintin Merecido Hospital before being turned over to the Armed Forced of the Philippines in Camp Aguinaldo. – Rappler.com