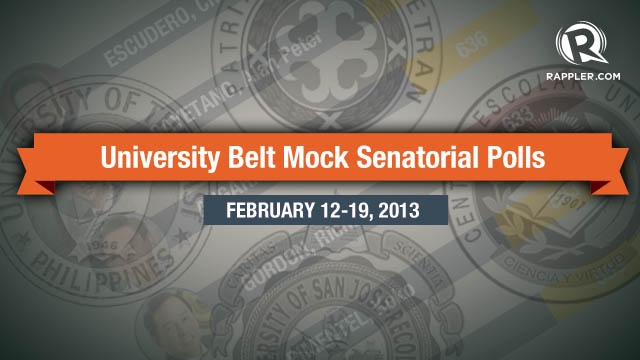 MANILA, Philippines – Call it the urban youth vote, and it has both interesting similiarities with and difference from the national trend that’s reflected in another recent survey that the opposition is questioning.

A mock poll conducted by the Local Government Development Foundation (Logodef) among 1,600 respondents in 4 schools at Manila’s university belt show the candidates of Team PNoy dominating the “Magic 13” – with two of them tied at the 12th spot.

Four candidates from the opposition United Nationalist Alliance (UNA) were chosen by the senior students and the teaching and non-teaching staff of the participating schools.

The results were released on Monday, March 4.

The top choices of the respondents were: 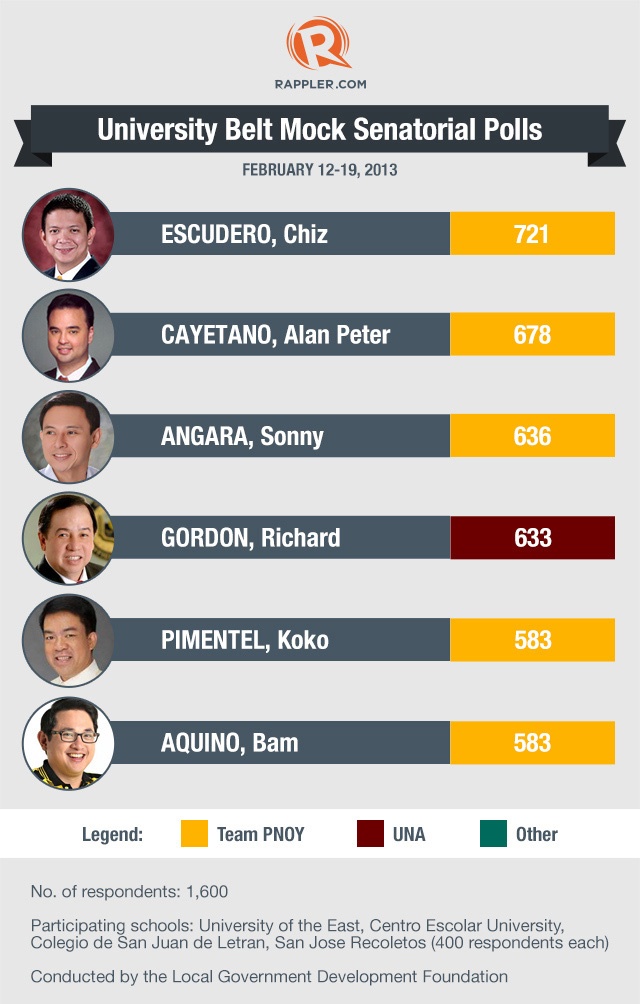 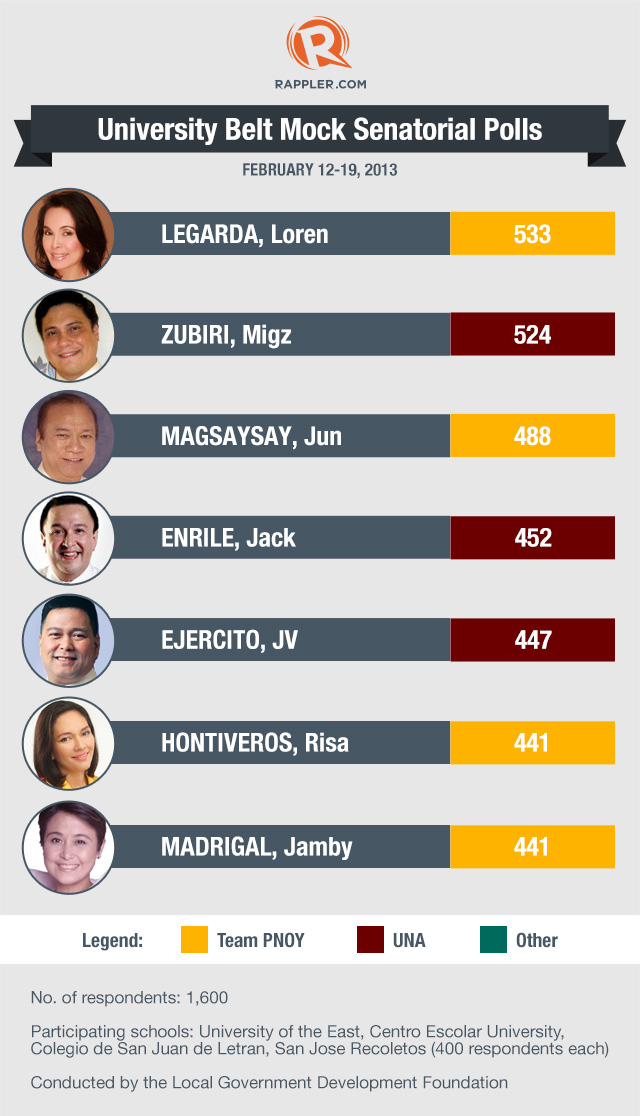 The preferences of the youth voters in the mock poll largely reflect the number of spots that each coalition got in the Magic 12 of the recent survey conducted by the Social Weather Stations (SWS).

The SWS survey – conducted February 15-17 among 1,200 respondents across the country – shows 9 from Team PNoy and 3 from UNA leading.

However, among the candidates leading in the Logodef poll, 5 are not in the SWS Top 12. They are Richard Gordon (4th), Jun Magsaysay (9th), Jack Enrile (10th), Risa Hontiveros and Jamby Madrigal (both 12th).

As for the candidates that are in the winning circles of both surveys, their rankings vary in the SWS survey and the Logodef mock poll. For instance, Loren Legarda is No. 1 in the SWS survey, but is 7th in the university belt poll.

The opposition UNA has been casting doubts on the SWS survey since a number of its formerly leading bets dropped in ratings.

Interestingly, the Logodef mock poll was conducted around the same time, February 12-19, among 1,600 voters.

“While the mock polls cannot follow the strict statistical requirements of a regular survey of would-be voters, it reflects the preferences of the students of voting age, as well as the teaching and non-teaching staff of the 4 universities that took part,” said Logodef executive director Edmund Tayao.

The results also showed that most of the candidates that ranked close to the winning circle – the 14th to the 18th spots – are an indication that youth voters value experience and track record, , Logodef noted. 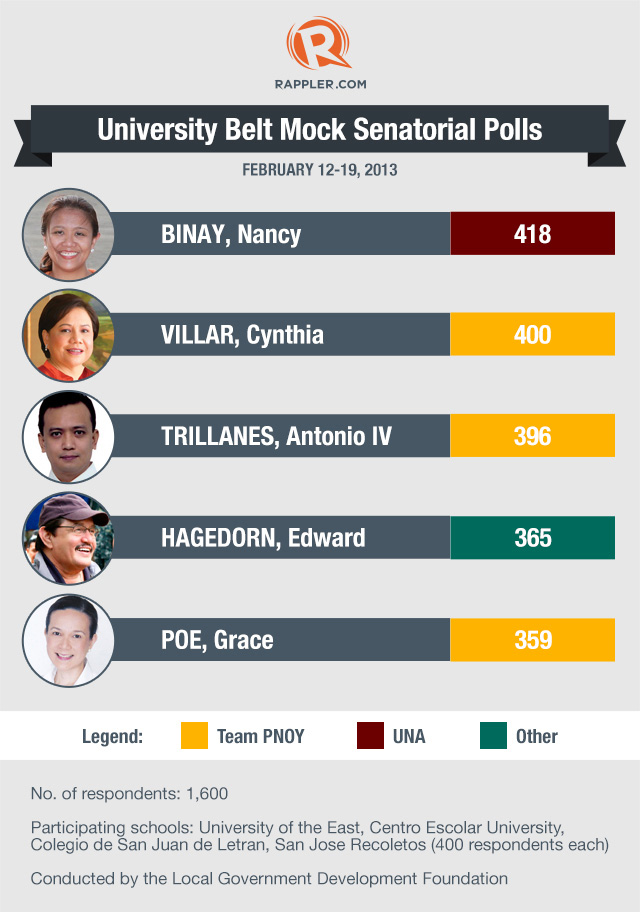 Carissa Lacson, program officer of Logodef, observed that the case of Legarda being only 7th top choice among these youth voters shos that “not all popular candidates are popular among the youth.”

She also said the fact that Gordon and Ramon Magsaysay Jr made it to the Magic 13, and Puerto Princesa Mayor Edward Hagedorn ranked close to the winning circle at 17th (he is 23rd in the latest SWS), indicates that “experience and track record are well valued” by students and those from the academe.

Lacson said that in 3 of the universities surveyed, most respondents didn’t complete the 12 names that they were allowed to list down. They chose only 4 to 6 candidates, indicating that “the youth vote is still fluid.”

Logodef conducted the mock poll as part of the senatorial forum that it will hold on Tuesday, March 5, from 8 a.m. to 5 p.m., in partnership with the University of the East and Rappler.com.

In the forum – to be held at the UE Main Theater – senatorial aspirants will be asked what they intend to do to bring about educational reforms (especially with the safety nets needed in the implementation of the K+12 program) and to empower local government units more.

Rappler will be livestreaming the event. – Rappler.com