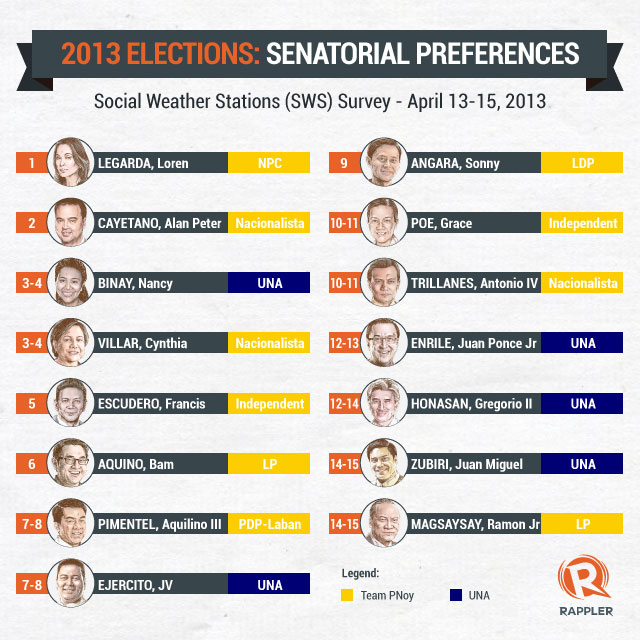 STILL MISSING THREE. LP candidates Magsaysay, Hontiveros and Madrigal have yet to make the top 12.

MANILA, Philippines - With less than 3 weeks before the 2013 midterm elections, President Benigno Aquino III appealed to local government officials to support the remaining 3 administration candidates who have failed to enter the top 12 in election surveys.

Aquino told reporters on the sidelines of the 22nd ASEAN Summit in Brunei that he hoped local leaders can help improve the election chances of senatorial candidates Ramon "Jun" Magsaysay, Jamby Madrigal and Risa Hontiveros.

In the recent Social Weather Stations survey released on April 21, ex-senators Magsaysay and Madrigal were within the 14th-15th and 16th places respectively, while former Akbayan representative Hontiveros was within the 17th spot.

Only 12 senatorial seats are up for grabs in May.

Aquino said they would exert "extra efforts" to ensure the victory of the 12 bets, but clarified they will not resort to vote-buying.