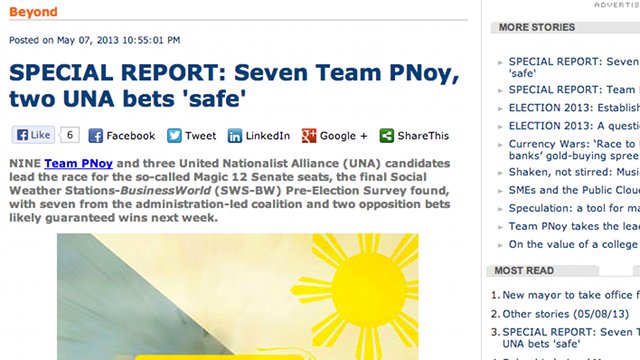 Screenshot of the Businessworld report on the SWS survey

MANILA, Philippines - In the final pre-election senatorial survey for the May 13 polls, Social Weather Stations analysis said 9 candidates are "guaranteed wins next week" and 6 are fighting for the last 3 slots.

Based on the SWS survey posted on Businessworld conducted from May 2 to 3, it said the 9 "safe" candidates are 7 bets from Team PNoy of President Benigno Aquino III and two bets from rival United National Alliance (UNA) of Vice President Jejomar Binay. A total of 12 senatorial seats are up for grabs on May 13.

The polling firm said the last 6 candidates fighting for the final 3 slots are the following: 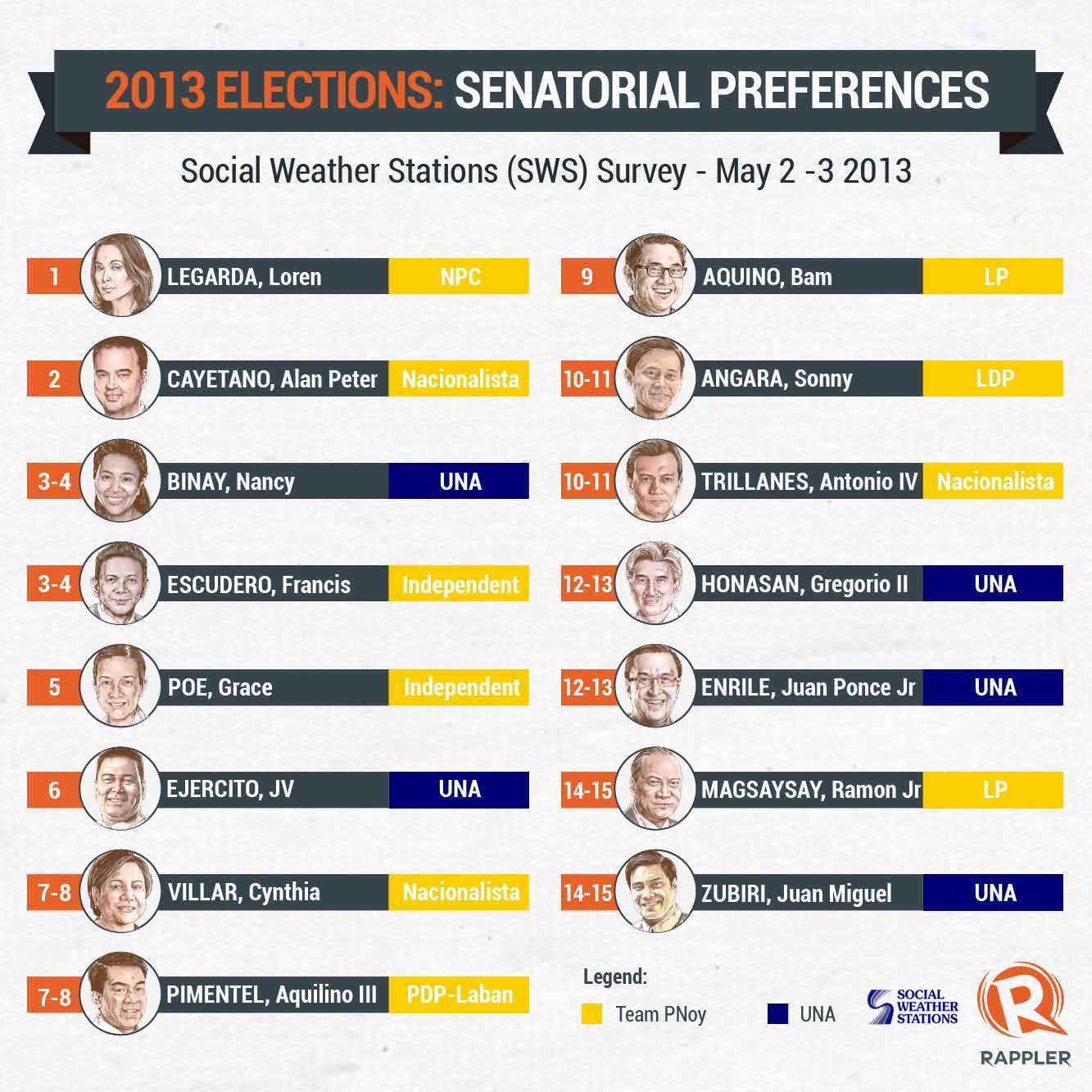 Based on their numbers, the difference between "safe" Bam Aquino, who ranked 9th, and "in the running" Sonny Angara, who ranked 10th, is only 3 points.

The margin of error is plus or minus two percentage points. SWS polled a total of 2,400 registered voters.

Analysts have earler said the bloc-voting Iglesia ni Cristo vote could change the rankings. The religious group has yet to formally announce its lineup but the list was obtained by DZMM.

Two of the "safe" candidates according to SWS did not make it to the INC list: Escudero, who ranked 3-4, and Pimentel who ranked 8th.

Among the 6 bets that SWS said are fighting for the last slots, two candidates didn't make it to the INC list: Zubiri and Magsaysay.

Legarda has consistently topped the pre-election surveys. This last SWS survey was conducted when controversy on Legarda's condominium broke in the media.

SWS also noted how Escudero "appears to have shrugged off a public repudiation by the parents of his actress-girlfriend Heart Evangelista."

SWS also said the best scenario for Team PNoy is a 9-3 win, where UNA bets Honasan and Enrile will fight for the 12th slot.

It said the worst-case scenario for the administration ticket is 7-5. "The least likely score is 7-5, if both Enrile and Zubiri win at the expense of both Angara and Trillanes," it said.

SWS dismissed the other candidates for being "outside the border." Those with double-digit rankings are the following: