Why Aquino, Villar need each other 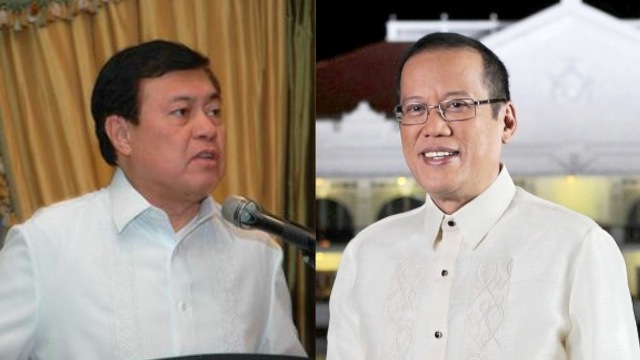 MANILA, Philippines - Politics is the art of the possible and in Philippine politics, you get the sense that nothing is impossible.

But how can bitter election rivals President Benigno Aquino III and defeated presidential candidate Sen Manuel Villar Jr move on and agree to join forces in the 2013 elections?

They need each other.

One, both President Aquino’s Liberal Party (LP) and Villar’s Nacionalista Party (NP) cannot fill up a full senatorial slate for 2013.

Two, President Aquino needs NP to vote in favor of his priority bills.

“We concede that we cannot fill up a full slate. At the end of the process of vetting candidates, we may have 4 to 5 legitimate LP members in the slate. Given that reality, it's natural for any political party to try to put together a coalition of other political parties and individuals with like minds to be able to pursue its program of government,” LP stalwart and Budget Secretary Florencio Abad explained in a press conference in Malacañang on Tuesday, July 10.

LP has committed to give NP 3 to 4 slots in the slate: former Las Piñas Rep Cynthia Villar, and Senators Alan Peter Cayetano and Antonio Trillanes IV. Abad said they just need to discuss other details, especially the local elections.

Critics have attacked the ruling party's move because LP members themselves had accused Villar of being an ally of former President Gloria Macapagal-Arroyo.

LP had also accused Villar of corruption, particularly the alleged “double-insertion” for the C-5 extension road which allegedly benefitted his real estate conglomerate. The Villar camp, on the other hand, was also behind the release of a spurious psychological report on Aquino at the height of the 2010 presidential campaign.

LP and NP members said they have moved on from the painful attacks they hurled against each other during the 2010 elections.

“If there have been differences in the past, both the President and Senator Villar said... we need to look at this partnership looking forward,” said Abad. “If you have to dig into the past, I don't think that is going to help build a strong relationship,” Abad added.

Remulla said NP has “moved on,” too. “Nadapa na tayo. Sila ang kasama natin ngayon. We have the same platform,” he said.

Remulla said “purist” UNA members turned them away when they said they would only include members of Puwersa ng Masa (PMP) and Partido Demokratiko Pilipino-Lakas ng Bayan in their coalition.

Remulla said NP national and local candidates would also benefit a lot from the coalition.

He said national candidates can save money by sharing the stage with LP. He said organizing sorties cost a lot and they’re counting on the administration party to shoulder these expenses.

“Forming a 12-man team is expensive. Nobody wants to spend that much money in a campaign. If you organize these big rallies, it’s a logistical nightmare,” he said.

Besides, Remulla said, the battle now is in the media.

At the very least, local NP candidates can get the assurance that the Philippine National Police will not harass them, he said.

Abad stressed how President Aquino needs the NP and other coalition allies to support his legislative agenda as he enters the second phase of his term.

“When you go to the House and to the Senate, what is important is you get your measures passed, your budget passed. At the end of the day, it's really about getting the numbers together to pass those measures without necessarily comprising on the reform agenda,” Abad said.

Malacañang, for example, needs the current Congress to pass its P2-trillion budget and a new mining law, among others.

In the House of Representatives, LP has less than a third of the total members or 87 of total 285 members. NP has 28 members.

“In general, Senator Villar said that because of this coalition then NP will therefore be committed to working together with the LP in terms of passing legislation,” said Abad.

Remulla said both parties do not necessarily agree on everything. These differences, however, "are not irreconcilable." - Rappler.com