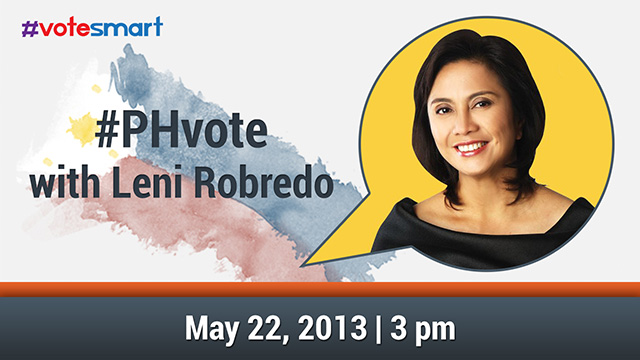 On May 15, the Commission on Elections proclaimed Robredo the new congresswoman of the third district of Camarines Sur.

The widow of the well-loved Naga City Mayor Jesse Robredo won against Nelly Villafuerte by 71,330 votes.

Robredo made a last-minute decision to run as a result of public clamour. She filed her candidacy less than two months after her husband's fatal plane crash on August 18, 2013.

Robredo says she was convinced to run to give voters a choice. The Villafuerte political dynasty has ruled Camarines Sur since 1978. "Okay lang sana kung 'yung kalaban natin would bring the district good," she said. "Pero parang in a-allow natin 'yung political dynasty to expand."

(It would be alright if my opponent would bring the district good. But it's only like allowing the political dynasty to expand).