COURAGEOUS. Security guard Jeneven Bandiala did not hesitate to protect others even at the expense of his own life.

Facebook Twitter Copy URL
Copied
His ultimate dream was to become a seafarer – but that dream was cut short when he was forced to work for his family. In 2006, he flew from Mindanao to Manila and worked as a security guard.

MANILA, Philippines – When news of the fatal shooting of former Lamitan City mayor Rosita “Rose” Furigay and her executive assistant Victor Capistrano spread quickly throughout the Ateneo on Sunday, July 24, shock and sadness reverberated beyond as sketchy reports of a third fatality surfaced.

One account said the shooter, later identified as Dr. Chao Tiao Yumol, snatched a vehicle on campus and sped away. Another version said he fled on foot and was tackled by an unnamed university security guard.

It took a while before a name and a face came to be associated with the “Ateneo guard” who, it was learned, did not hesitate to stop the suspected killer from fleeing the crime scene. Unfortunately, his sense of duty and courage would turn out to be costly.

The guard, identified as Jeneven Bandiala, was shot and killed by the gunman Yumol, who was determined to strike down anyone who got in his way.

While Jeneven’s family knew him as their everyday “superman” and supporter, the rest of the country would come to know him as the courageous security guard of the Ateneo de Manila University.

Gone unexpectedly, Jeneven, however, will remain in the hearts of his wife and family.

A native of Misamis Occidental, 35-year-old Jeneven is the third child of 10 siblings. He grew up in Ozamiz City, where he spent most of his younger years.

His ultimate dream was to become a seafarer – but that dream was cut short when he was forced to work for his family. In 2006, he flew from Mindanao to Manila and worked as a security guard.

Jeneven was assigned to Tutuban in Manila. And there, he found the love of his life, Cristina, also part of the security personnel. The two spent time together, and ended up living together as partners. Jeneven and Cristina were inseparable for eight years, until that fateful Sunday.

Cristina had a child prior to meeting Jeneven, who treated Cristina’s child as his own.

Their ultimate dream was for Cristina’s son to finish his studies, and then they would go to Bicol, Cristina’s home region, and settle down there.

(Our plan was to build our own house, save up, and let my child finish his studies. After that, we planned to live in the province to settle down there.) 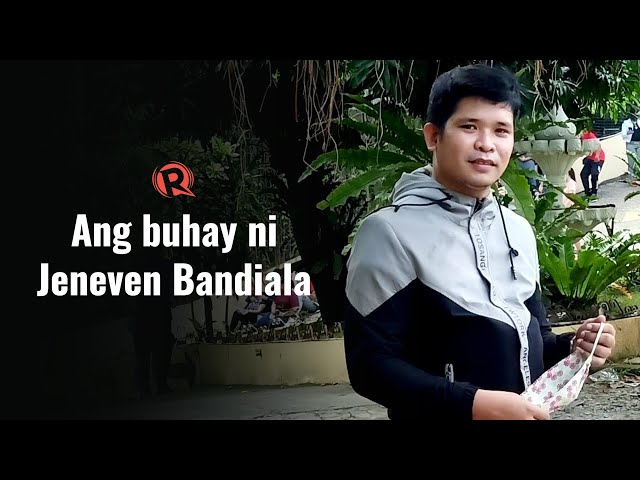 But all of these dreams vanished after bullets ended Jeneven’s life.

Cristina said she was not even able to talk to him much on the day he died, though they had a lengthy conversation the night before. Both of them rose before daybreak to prepare for work, and Jeneven left ahead of her. She learned about the tragedy through his supervisor.

(Then I heard the news. I was informed about what happened to him. His officer called me, and that’s it. Then we went to the hospital because he was there.)

Jeneven’s family was the first witness to his kindness and selflessness. His sister, Mary Ann Bandiala, shared with Rappler how her brother helped them without hesitation.

(He’s so kind. He’s sweet. That’s why I miss him so much. He’s very helpful and we won’t forget him. He helped us in all of our financial needs, he never neglected us.)

Even when they were still young, Mary Ann said Jeneven’s top priority was always his family. Her late brother would always find ways to help them.

(Even when he was exhausted, he would do everything just to help his family…. From the very start, he was there for our family. Even if he was having a hard time, he was still there.)

It’s hard for them to accept her brother’s fate, especially since Jeneven had been kind to everyone, even to his colleagues.

Mary Ann said that while their father had become stable after hearing about Jeneven’s demise, their mother – who had recently recovered from a heart problem – remained their top concern. Mary Ann also said their mother suffered from diabetes and had high levels of creatinine, an indication of a kidney problem.

“Sana po mabigyan ng hustisya kasi napakahirap. Hindi ko po kayang tanggapin, sana matulungan kami sa pagbibigay hustisya sa kapatid ko (I hope we get justice because it’s so hard for us. I cannot accept it. I hope you can help us in seeking justice for my brother),” Mary Ann appealed. – Rappler.com