Facebook Twitter Copy URL
Copied
The Philippines has received only 80,000 doses of the Russian jab, a far cry from the 480,000 doses expected in April

“President Putin said that Russia will increase the volume of deliveries of Sputnik V vaccines to the Philippines,” Malacañangsaid in a statement on Wednesday, June 2.

The conversation between the two leaders, which marked the 45th anniversary of diplomatic relations between Russia and the Philippines, took place earlier that day. Their last telesummit was on April 13, where COVID-19 and defense cooperation were major topics. 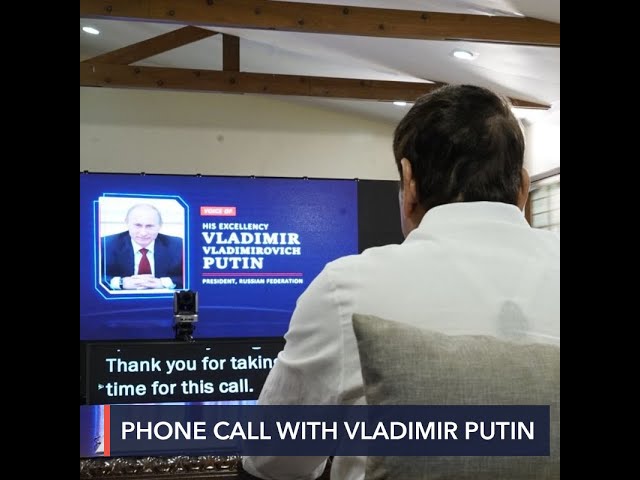 Duterte, meanwhile, thanked Putin for the access to vaccines but also “reiterated the importance of the expeditious delivery of ordered vaccines.”

The Philippines is negotiating to buy a total of 20 million doses of the Russian vaccine.

On May 22, vaccine czar Carlito Galvez Jr. said that the country expects a total of 300,000 Sputnik V jabs to arrive in June,

Malacañang said that Putin described the Philippines as a “key partner in Southeast Asia” and one that shared “similar positions on many regional and international issues.”

The two countries have signed over 30 agreements, so far, over the last five years of the Duterte presidency.

Duterte expressed satisfaction with the “positive developments” in the Philippines’ procurement of 16 heavy lift helicopters. While he stressed to Putin the importance of exporting more Philippine products to Russia, the Russian leader, in turn, said his country is ready to import more Philippine agricultural products.

Putin also said Russia is ready to build on more talks with the Philippines in trade and investments, energy and infrastructure development, and defense and military cooperation. – Rappler.com