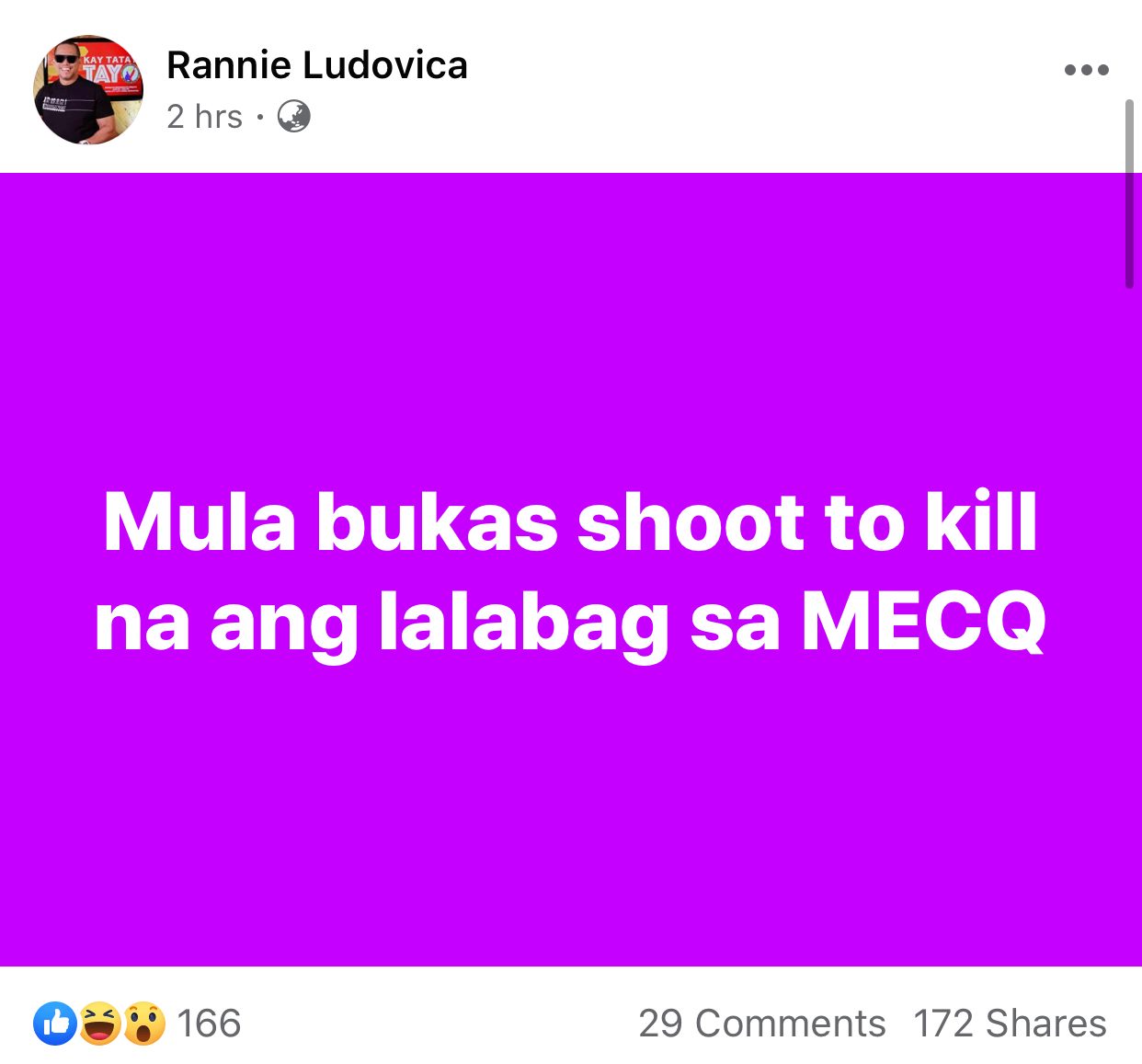 Facebook Twitter Copy URL
Copied
(UPDATED) In a statement on Tuesday morning, Ludovica clarifies that his post was merely 'personal' –despite using his Facebook profile for announcements, calls for cooperation from the public, and updates on his engagement as an official of Quezon City

Ludovica, a former Quezon City councilor, posted the announcement at around 3 pm on Monday, August 3, and took it down before 6 pm. MECQ in Metro Manila and surrounding provinces will begin on August 4 and will end as early as August 18.

Ludovica heads the Task Force Disiplina of Quezon City, which is a civilian force that is supposed to be force multipliers of both social workers and police personnel.

Because of the pandemic, they have been tapped to patrol neighborhoods and enforce quarantine rules. They have been accused of abuse in at least one occasion.

In April, members of the task force were caught on camera beating and dragging a fish vendor who failed to wear a face mask in public. The vendor, Michael Rubuia, has since been released from detention.

In a statement on Tuesday morning, August 4, Ludovica clarified that his post was merely “personal” – despite using his Facebook profile for announcements, calls for cooperation from the public, and updates on his engagement as an official of Quezon City.

He said there was no policy in Quezon City to shoot down lockdown violators, and that his widely condemned post was a result of his frustration in the rise of cases in the Philippines.

“The number of COVID-19 positive cases continue to rise in the city and the whole country because of the absence of discipline for most of our people and their violation of the law,” he said in his statement. – Rappler.com