Red-tagging Badoy does it again, this time with CNN Philippines Presidential Communications Undersecretary Lorraine Badoy persists with her relentless red-tagging even in the middle of a calamity. This time, she red-tagged the news agency CNN Philippines without basis.

In a Facebook post on Friday, November 13, Badoy claimed without presenting proof that the League of Filipino Students (LFS) was a “known front” of the Communist Party of the Philippines-New People’s Army-National Democratic Front (CPP-NPA-NDF).

Badoy took offense with CNN Philippines’ sharing on its Twitter feed details of the LFS relief initiatives for typhoon victims. Apart from LFS, CNN Philippines also posted disaster-relief efforts from other groups – a common practice by the media – but Badoy zoomed in and reached a baseless conclusion that the media company sympathized with Leftists.

Badoy also tagged the College Editors Guild of the Philippines (CEGP), an organization of campus journalists, in her claim.

“Wassup, CNN? Is it true there is a LFS/CEGP cell inside CNN?” Badoy asked.

In a statement on Saturday, November 14, CNN Philippines slammed Badoy for her careless and unsubstantiated comment.

“We believe the back-to-back storms that ravaged our country serve as an opportunity to rise up from the ruins and practice the Filipino spirit of ‘Bayanihan’ in whatever capacity we can, rather than foray into red-tagging that will only sow disunity,” it added. 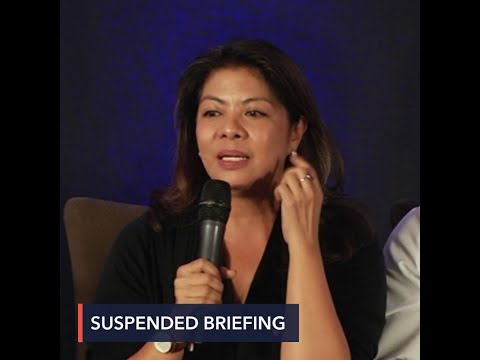 The National Union of Journalists in the Philippines called out Badoy’s habitual remarks as “despicable” especially during a time of calamity.

“This, like many other of Badoy’s social media posts and rants, is totally irresponsible and endangers our colleagues in CNN, not to mention the members of LFS and our affiliate, the [CEGP],” NUJP said.

NUJP said that Badoy was essentially violating two basic rights guaranteed by the Constitution – due process and freedom of association.

“[S]he actually vilifies and practically seeks the criminalization of an act of charity at a time when millions of Filipinos desperately need all the help they can get,” NUJP said.

“Such heartless behavior is a disgrace not only to her office but to the whole government she supposedly serves,” it added. – Rappler.com