AFTER FOUR DAYS. The bodies of 4 'Bloody Sunday' victims are loaded into vehicles to be transported to the Philippine General Hospital. 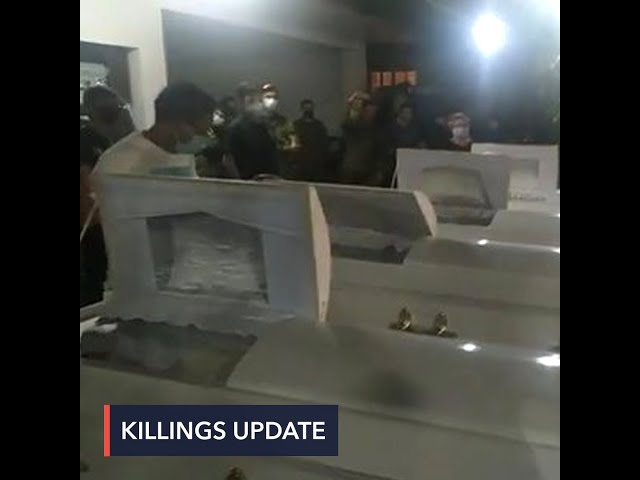 Four days after the deadly crackdown in Calabarzon, families of 4 slain activists were finally allowed to claim their loved ones’ bodies on Thursday, March 11, according to the National Union of Peoples’ Lawyers (NUPL).

In a text message, NUPL lawyer Kathy Panguban confirmed to Rappler that the police, military and the Antipolo Memorial Homes finally allowed the families to gain custody of the remains.

The four were killed during “Bloody Sunday” operations that saw the death of 9 activists and the arrest of 6 others in Cavite, Laguna, Batangas, and Rizal.

In a video posted by Karapatan Timog Katagalugan, the bodies were loaded into vehicles outside the funeral home at around 8 pm Thursday.

Panguban said the bodies would be transported to the Philippine General Hospital for an independent autopsy to determine the real cause of their deaths.

Since Sunday, the families had been negotiating with the state forces and the funeral home to claim the bodies of their loved ones, according to Karapatan.

Rodriguez town police chief Christopher dela Peña had earlier said they were not withholding the bodies and that they were only requiring clearance to make sure that the claimants were legitimate family members. – Rappler.com