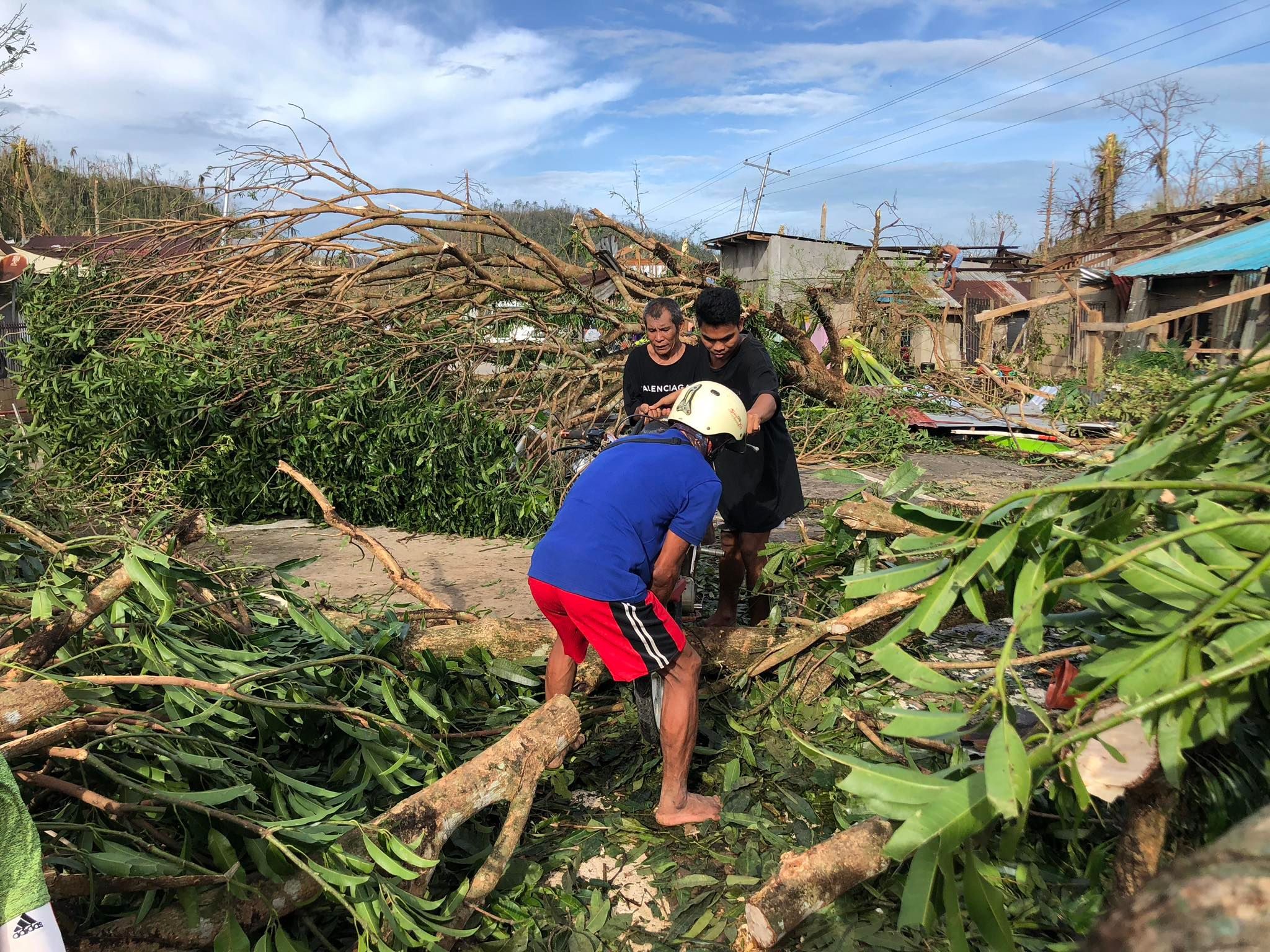 It was the first time the Siargao death toll was made known since Odette unleashed its fury on the island in the Caraga region, the first of a series of landfalls that started on Thursday afternoon, December 16.

Matugas was with his wife Sol, a former Surigao del Norte governor, trapped in the town hall in San Isidro when the typhoon made landfall.

They were there to oversee the evacuation and relief operations until Odette started pummeling the island at 1:30 pm.

“We sought shelter at the San Isidro Municipal Hall,” Matugas said. “This is my second life now.”

In General Luna town, a teary-eyed Mayor Cecilia Rusillon told this correspondent on Friday, December 17: “Please help me tell the world that General Luna is now in its worst situation. We were badly hit.”

It took time for her message to get through. Siargao’s telecommunications infrastructure has been down since Thursday afternoon.

The Office of Civil Defense set up a very small aperture terminal (VSAT) to transmit and receive data, voice, and video signals, allowing this report to be sent out.

The world-famous island has no power and is running out of potable water, food, and medicines.

Sering took a chopper to her home island on Saturday, December 18, and then drove around General Luna town on a borrowed motorcycle to assess the damage.

Many tourists were stranded on the island, and some of them were among 44 people flown out on Saturday afternoon, said Siargao Airport Manager Josefina Nuñez.

The plane flew in with relief goods, said Len Coro, who helped in organizing the relief operation.

Stranded tourists were in high spirits because the bigger PAL plane meant many would be able to fly out of the typhoon-stricken island.

Nelson Calipes, owner of Mama Coco resto-bar in General Luna, was ecstatic because he was Manila-bound.

A day after the typhoon struck, his group gave free food and drinks to people and organized a community pantry.

Now, people are getting hungrier. There have been reports of looting.

April Cuadra of Balay Yuhom said the establishment lost food and drinks to thieves on Friday.

Nilo Reyes, chief of the Municipal Disaster Risk Reduction and Management Office of General Luna, said they were doing their best to help “but we are victims too.”

A day after the landfall, roads from Dapa to General Luna were blocked by fallen trees, electric poles, and debris. These roads became accessible only around 4 pm after massive clearing operations by local government workers, villagers, and private groups.

Dr. TJ Manalang, head of the General Luna Municipal Health Office, said they had to salvage some of the medical supplies in his wrecked office.

They set up a makeshift clinic at the town mayor’s house.

“A lot of people got wounded and injured. We ran out of medical supplies. We need lots of it,” he said. –Rappler.com