Aquino had been suffering from various illnesses since 2019. He had been undergoing dialysis for at least five months and had recently undergone a heart procedure.

He served from 2010 to 2016, riding on a wave of goodwill after the death of his mother, democracy icon Cory Aquino, and on the promise of leading the nation to prosperity through “Daang Matuwid” – or the straight and honest path.

Bookmark and refresh this page for the latest news updates, opinion essays, and analysis pieces about the death of the Philippines’ 15th president.

The Armed Forces of the Philippines (AFP) announced a 30-day mourning period for all military units following the death of former president and commander-in-chief Benigno “Noynoy” Aquino III.

In a message to reporters, the office of the AFP Chief of Staff for Operations (J3) said that the mourning would last for 30 days – from the day of formal notice of Aquino’s death to the military on Friday, June 25 until July 25. 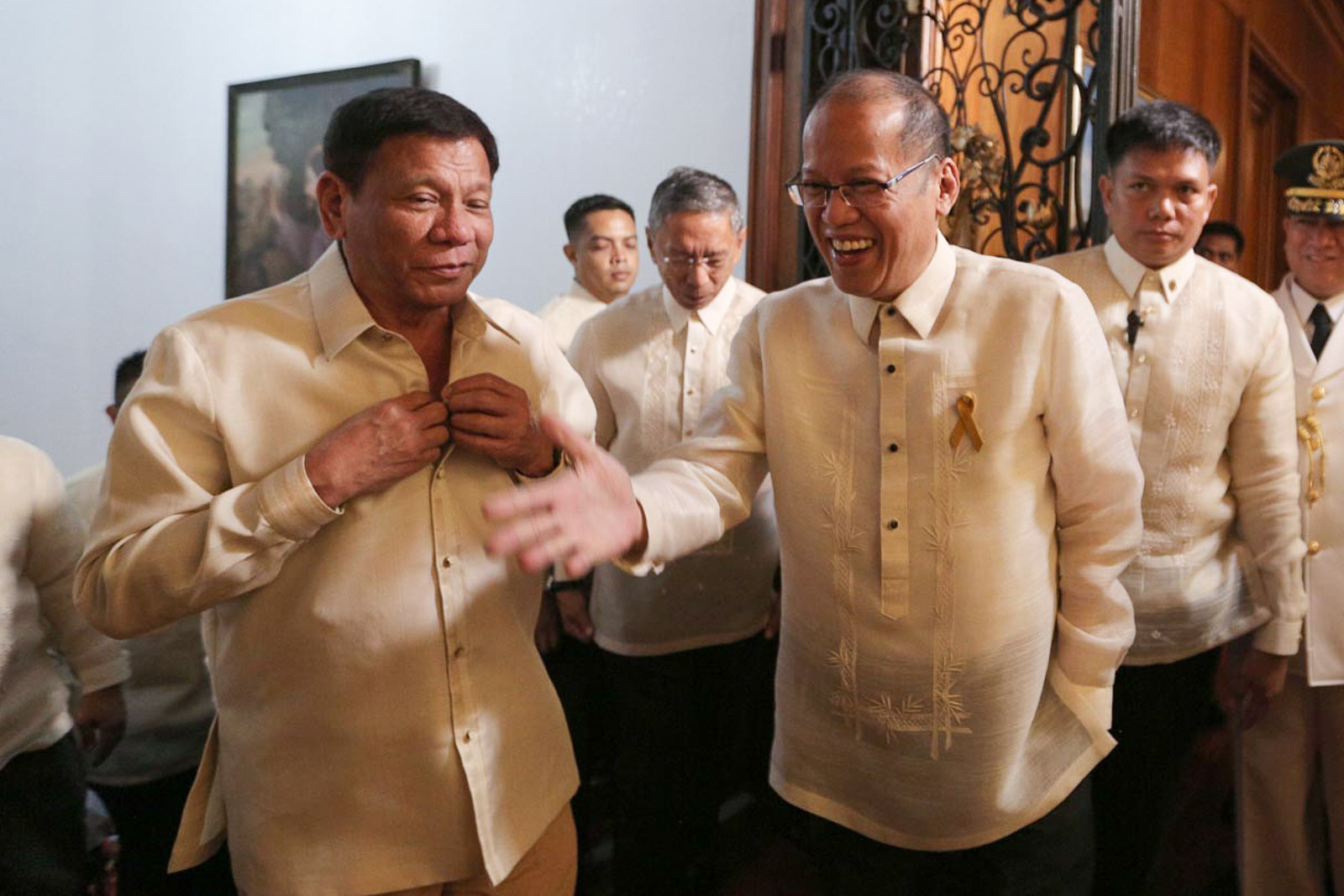 Philippine President Rodrigo Duterte was a no-show at the wake and funeral of his predecessor, former president Benigno Aquino III.

Duterte did not drop by Aquino’s wake at The Heritage Park in Taguig on Thursday, June 24, nor at the public viewing and Mass at the Church of the Gesu in Ateneo de Manila University on Friday.

He was not present at the funeral Mass on Saturday morning, nor at the burial at the Manila Memorial Park in Parañaque City.

Legazpi bishop urges people: ‘May we also learn to do the right thing’

The Diocese of Legazpi, led by Bishop Joel Baylon, offered a requiem mass for Aquino in the day of his inurnment, on Saturday, June 26.

In his homily, Baylon recalled Aquino’s kindness, simplicity, honesty, and “Daang Matuwid (Straight Path)’’ principle, as well as his bold decision to stand against Chinese incursions in the West Philippine Sea by initiating an arbitration case that later scored a historic legal win for the Philippines.

Here are excerpts of is homily:

We are gathered today to pay our last respects to former President Benigno Aquino III and pray for the eternal repose of his soul. The news of his untimely death caught many of us by surprise. It brought great sadness to many of us. These last few days we have heard people great and small share their thoughts and memories about President PNoy.

But he had his share of shortcomings, as we all do, human as we are. No need to mention them here. But indeed, as these famous lines from Shakespeare’s Julius Caesar remind us, “the evil that men do lives after them; the good is oft interred in their bones.” The good deeds of men often go unnoticed, indeed, and even if they are, these are easily forgotten, and so they die with them.

Despite his shortcomings, I believe PNoy gave his all for the nation – for us his fellow Filipinos, especially the poor and the powerless. During his presidency, PNoy dreamt of a DAANG MATUWID – “tanos na dalan” in our dialect. I believe he tried his best to live this out and make his presidency function with honesty and integrity, despite wrong decisions and miscues here and there.

As we pay our last respects to him through this Eucharistic celebration, may we also learn to do the right thing. May we do the right thing by being honest in our dealings with and service to our people, and not provide them with empty promises and palliatives such as monetary benefits when special occasions come, like weddings, baptisms and confirmations.

Let us do the right thing by providing our people the truth, and not teach them to put their trust in fake news and propaganda (“puro paganda, wala namang tunay na nakikita”). Let us do the right thing by letting our people grow in maturity in their political and social lives by allowing them to participate actively in decision-making that will lead to true progress and prosperity – not only for the few but for everyone.

My sisters and brothers, let us do the right thing. No one lives for oneself, and no one dies for oneself. While we live, we live for the Lord; and when we die, we die for the Lord. May our merciful and loving God have mercy on the soul of former President Benigno Aquino III.

The hashtag #PaalamPNoy trended during the inurnment ceremony of the late former president Benigno “Noynoy” Aquino III at the Manila Memorial Park on Saturday, June 26. 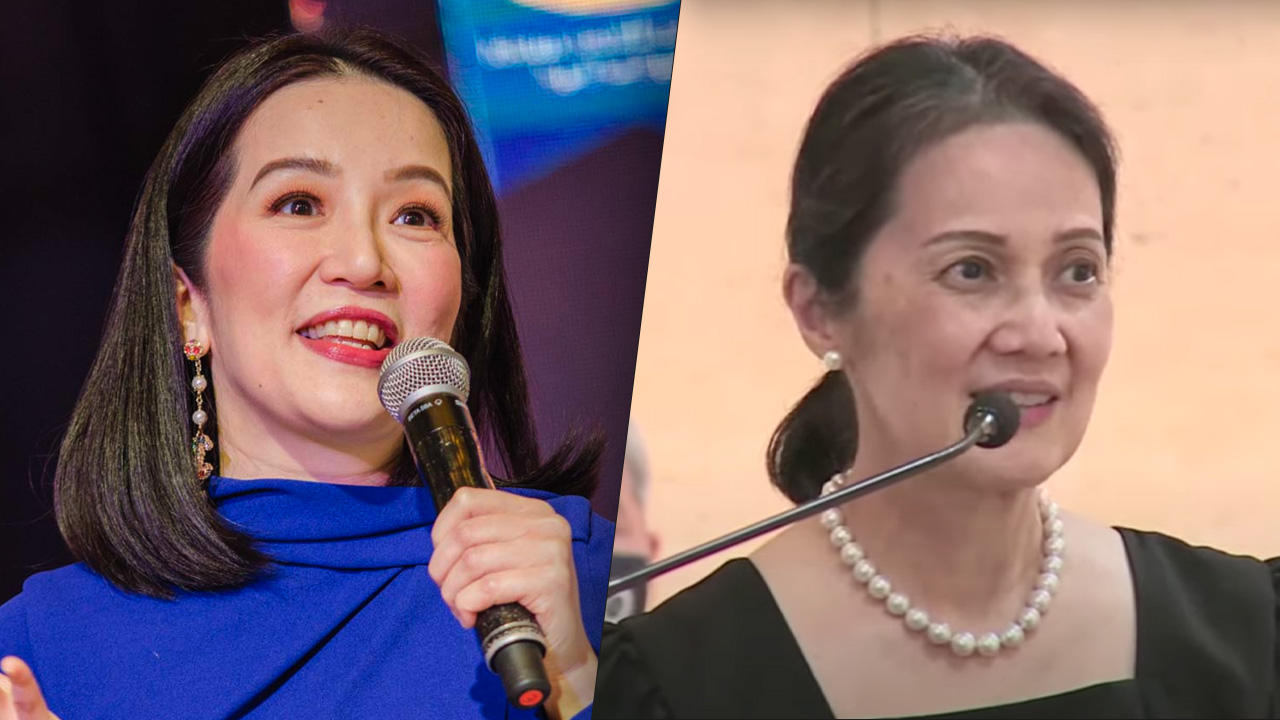 For the last time, members of the Aquino family thanked all those who joined them in mourning the passing of the late former president Benigno “Noynoy” Aquino III.

During the funeral mass held at the Church of Gesu in the Ateneo de Manila University, Saturday, June 26, Ballsy Aquino-Cruz, eldest sister of Noynoy, thanked the supporters of the late president for loving him.

Filipinos’ gratitude to Aquinos should translate to lives of sacrifice, courage

This is the statement of former Supreme Court spokesperson Theodore Te on the death of former president Benigno “Noynoy” Aquino III.

Three words that remind, or should remind, us of the three Aquinos whose lives, and deaths, have shaped our country.

Ninoy was the one who wanted the seat and it was as if he were designed for it – he was the natural orator, the one who had a way with words, he was the charming one, the one who loved the company of people, the natural politician. But, he was not fated to be president but simply to open the door for two bearing his name to take the seat he aspired for. In the end, Ninoy isn’t remembered for being president but for his courage to come home not to shouts of Hosannah but to a hale of bullets.

Cory was the one who didn’t want it and said so publicly, repeatedly. She wasn’t a natural public speaker, she didn’t have a way with words, she was quiet, and kept her own company. The yin to Ninoy’s yang, leading the country was farthest from her mind. But she was not fated to remain quiet and obscure as Ninoy’s wife, and later widow, but, with the help of a million signatures, chose to usher in a new regime of freedom marked by a return to the rule of law and the reign of personal decency and integrity.

Noynoy was the son who also rose, albeit reluctantly. Very much his mother’s son, he preferred to be quiet and obscure despite the loudness of his pedigree; and if he would have had his way, he would have chosen to end his shift in the family’s second business (politics) and retire quietly back to obscurity. But he was not fated to remain the son in the background but, in the wake of Cory’s passing and after discernment and prayer, chose the way of personal sacrifice – to leave the life he would have preferred and to take on the life thrust into him by the people, by the country whom he loved.

In the wake of PNoy’s passing, some have said that every time an Aquino dies, a resurgence happens. It may be a coincidence, it may be a pattern, it may be fate, it may be the plan of a much-greater power.

Whatever it is, we saw how Ninoy’s courage led to a renewed boldness to stand up to the dictator and, finally after so long, to remove him. Ninoy showed us that the Filipino is worth dying for.

Whatever it is, we saw how Cory’s personal decency and integrity empowered people simply by the power of her witness. Cory showed us that the Filipino is worth living for.

Whatever it is, we are reminded now, in the wake of his passing, how Noynoy’s personal sacrifice now leads us to hope that one day soon, we will see a return to courage, to decency, to integrity, to personal sacrifice that will allow us to realize, as PNoy reminded us in his SONA, “the Filipino is worth fighting for.”

Our gratitude to PNoy, to Cory, to Ninoy for their sacrifice, their witness, their courage must not remain at remembrance today on PNoy’s inurnment; it must continue with the example of our own lives lived as a response to their sacrifice, witness, and courage. Our gratitude must translate itself into lives of courage, of witness, of sacrifice that show that indeed the Filipino is worth dying, living, and fighting for.

Benigno “Noynoy” Aquino III, the country’s 15th president and commander-in-chief, received full military honors as he was laid to rest at the Manila Memorial Park on Saturday, June 26.

After Aquino’s remains left the Church of Gesu at the Ateneo De Manila University, the saluting stations from all major military camps in Metro Manila commenced the 21-gun salute with one-minute intervals.

Upon reaching the gravesite, the military performed another 21-gun salute before the flag was folded and handed over to Aquino’s family.

After the flag was handed over by military chief General Cirilito Sobejana, all the unified commands in Luzon, Visayas, and Mindanao held the last round of 21-gun salute.