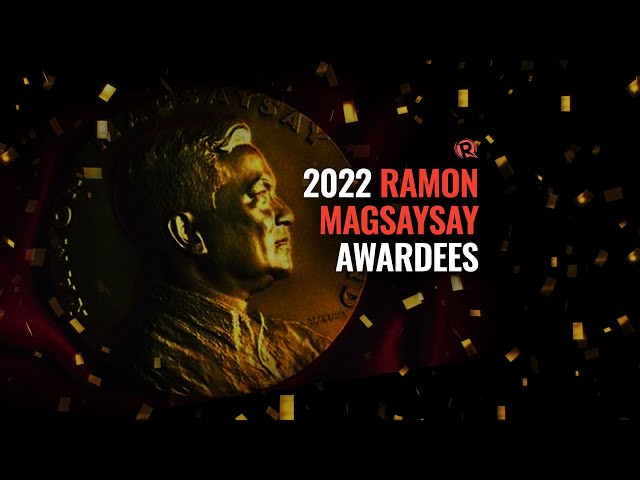 MANILA, Philippines – The Ramon Magsaysay Award Foundation, known widely as Asia’s equivalent of the Nobel Prize, will announce the recipients of its annual award on Wednesday, August 31.

Established in 1957, the award is considered the region’s premier prize and highest honor. It recognizes women, men, and organizations “whose selfless service has offered their societies, Asia, and the world successful solutions to some of the most intractable problems of human development.”

Here are the awardees:

Watch the announcement of this year’s awardees here on Rappler at 11 am on Wednesday, along with a lineup of special events with the 2022 laureates. – Rappler.com