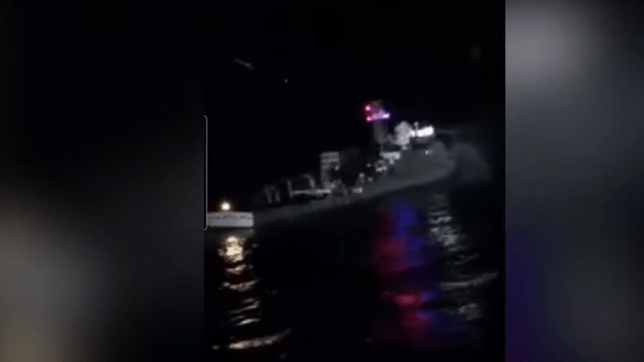 Locsin condemned the incident and reminded China that it has “no law enforcement rights in and around these [West Philippine Sea] areas.”

The incident was captured on video which National Security Adviser Hermogenes Esperon Jr. shared to reporters.

Esperon said that prior to the incident, there were 19 vessels spotted near Ayungin Shoa. Earlier in 2021, over 200 Chinese vessels were spotted scattered in different maritime features within the Philippines’ Exclusive Economic Zone (EEZ).

Ayungin Shoal, located 105 nautical miles off Palawan, is located within the Philippines’ EEZ. Ayungin Shoal is where the Philippine Navy ship BRP Sierra Madre has been aground as a permanent outpost since 1999.

China claims the maritime feature without basis, except for its non-existent nine-dash line, which was already refuted by the 2016 Hague ruling. – Rappler.com