SUPPORT FROM OTHER SENATORS. Senator Richard Gordon gets emotional during the Senate blue ribbon committee hearing on September 17, 2021 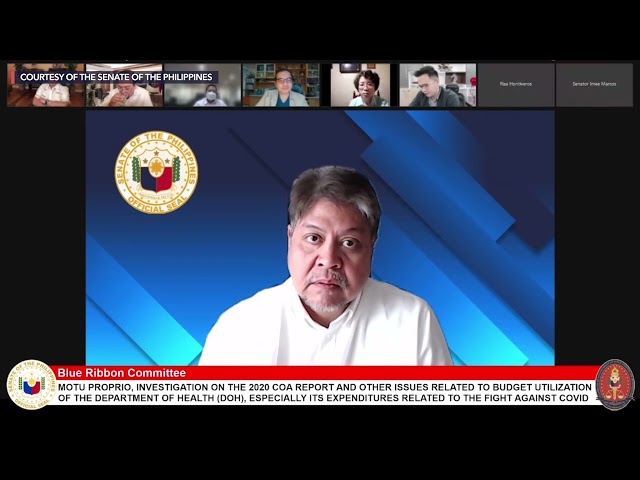 Senator Richard Gordon turned emotional after senators in the minority bloc expressed their gratitude and support for him for leading the chamber’s investigation into alleged anomalous pandemic contracts.

During the Senate blue ribbon committee’s seventh hearing on Friday, September 17, Senate Minority Leader Frank Drilon manifested his “admiration” for Gordon, who is now being attacked by President Rodrigo Duterte himself.

Gordon, in turn, has doubled down on his criticism of Duterte, calling him a “cheap politician” for protecting businessmen and officials embroiled in the scandal.

Watch this excerpt from the Senate blue ribbon hearing on Friday. – Rappler.com