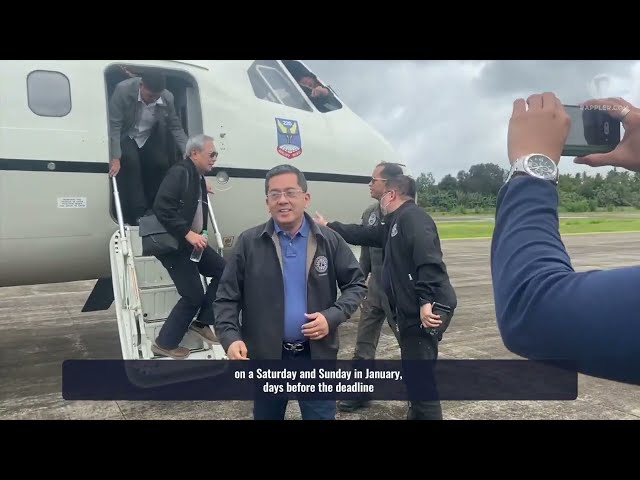 Facebook Twitter Copy URL
Copied
It's not often that the farthest provinces in southern Philippines get a visit from a Comelec chief. Rappler joins Chairman George Garcia's media entourage and reflects on the election landscape there.

MANILA, Philippines – Commission on Elections (Comelec) Chairman George Garcia becomes the first poll chief in seven years to undertake an official visit in the provinces of Sulu and Tawi-Tawi, according to the commission’s spokesman.

Rappler’s resident elections reporter Dwight de Leon joins Garcia’s media entourage to observe the trip, and in the video below, paints a picture of the election landscape in southern Philippines.

Other items in Garcia’s itinerary on January 21 and 22 were: