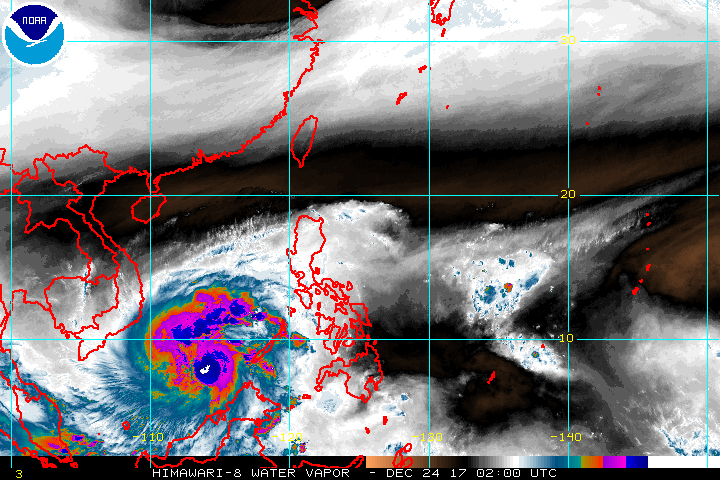 In a bulletin issued 10:30 am on Sunday, state weather bureau PAGASA said Vinta is already 290 kilometers south of Pag-asa Island, Palawan, or outside PAR. It is moving west at a slightly faster 26 kilometers per hour (km/h) from the previous 25 km/h.

The typhoon maintained its strength as it left, with maximum winds of 120 km/h and gustiness of up to 145 km/h. (READ: EXPLAINER: How tropical cyclones form)

While Vinta is already outside, PAGASA warned that moderate to heavy rain will still persist in Palawan, especially in the southern part of the province. (READ: FAST FACTS: Tropical cyclones, rainfall advisories)

Sea travel also remains risky in the western seaboard of Palawan. Thousands of passengers were earlier stranded in various ports in the Visayas and Mindanao. 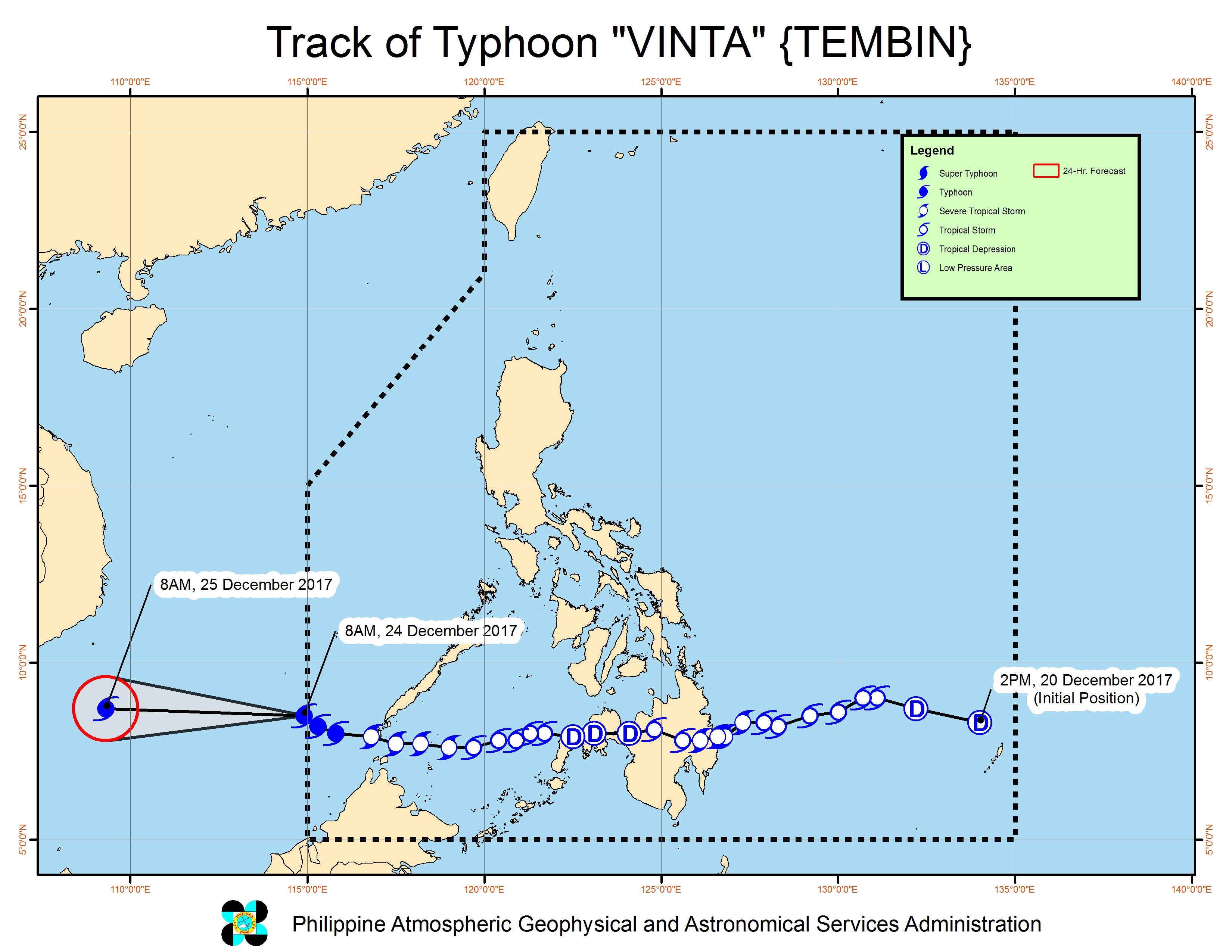 On Christmas Eve, Eastern Visayas, Bicol, and Quezon will have light to moderate rain due to the easterlies. PAGASA warned of possible flash floods and landslides.

Cagayan Valley, Cordillera, and Ilocos, meanwhile, will have isolated rainshowers due to the northeast monsoon, but PAGASA said there will be “no significant impact.”

The rest of the country, including Metro Manila, will also have localized thunderstorms. – Rappler.com